I previously worked for the National Trust looking after, riding and driving the shire horses there. I have also worked in pet insurance working in the claims department. I started working for Equesure in March 2021 after being furloughed from the pub industry for most of 2020 and wanted a change of job role. 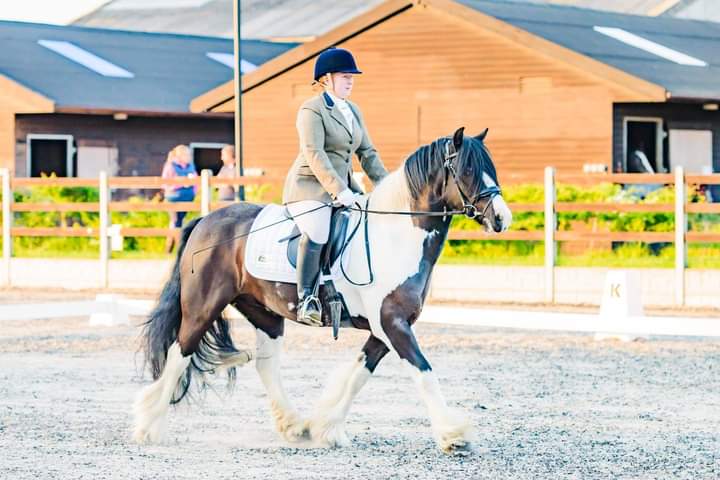 A little bit about her horses:

I have owned Arfur since he was 2 years old in 2010 and was originally bought as a project which has just never ended. We have competed in dressage up to Novice level but unfortunately, after being diagnosed in 2015 with COPD we put a halt to it and he now leads a very happy semi-retired life.

I originally bought Freddie for my sister in 2011 as an 18 month old and then when she moved away rather than splitting them up, I took over ownership of him in 2016. He was diagnosed with liver disease in 2014 so has always been a happy hacker but is the main horse for my twins who adore him. He likes to follow them round the field like a Labrador. 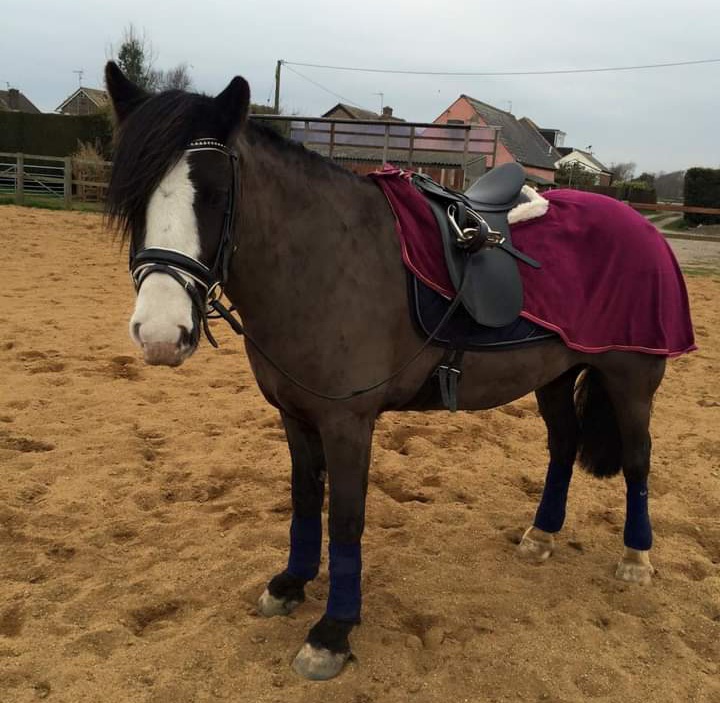 What age did you start riding?

I started riding at the age of 4 years old and it has just never stopped!

Which disciplines do you take part in?

I took part in dressage but I have driven in the past as well.

Favourite part of your job?

Being able to speak to customers who have the same interests as myself and even when it’s raining I can still work and talk horses without getting soaked to the bones.