Bob’s been on relatively good behaviour for him all week, even schooling in the dark happily with no spooks, good outline and nice balanced paces! I did promise him though that if he was good he would be allowed to have a jump at the weekend (until all my lights are fully set up it’s not too safe to try jumping in the evenings!). Well I held up to my promise and despite the rain, up went the jumps and I brought him in to tack up. I could see his face light up on entering the arena as I think the constant flatwork was beginning to grate on him and although he was well behaved he was getting bored! He jumped beautifully which was a bit of a shock as I was expecting an explosion of speed and power with me holding on for dear life again flapping like a rag in the wind! Oddly he seems to remember what he’s been taught, don’t get me wrong he was quite fresh on his approaches, but was finally more consistent and not launching into space. Sadly we only got about 20 mins practice in before it truly poured down but it’s given me repeated confidence, so I know have a quandary – who is going jumping next weekend Bob or Autumn?? There’s only a couple of SJ shows coming up before Christmas so am hoping to get out to at least two of them.

Autumns ‘racing stripe’ has definitely given her more energy – her flat work is urmm quick shall we say, the trot starts off nice and balanced, before the excitement kicks in and she wants to go up a gear; the canter has turned into more of a haring round the arena with no brake! Argh! She does calm down eventually though and it’s nice to know the old gal has still got it – will make dressage training entertaining. We’ve also been out escorting her ‘mini me’ pal round the village as she’s coming back into work after being poorly. I still can’t believe how much of a mirror image of each other they are, bar the height difference – same age, colour, both have very similar white legs at the front and then just opposite white legs (same size marking) at the back! Very cute when hacking out together. 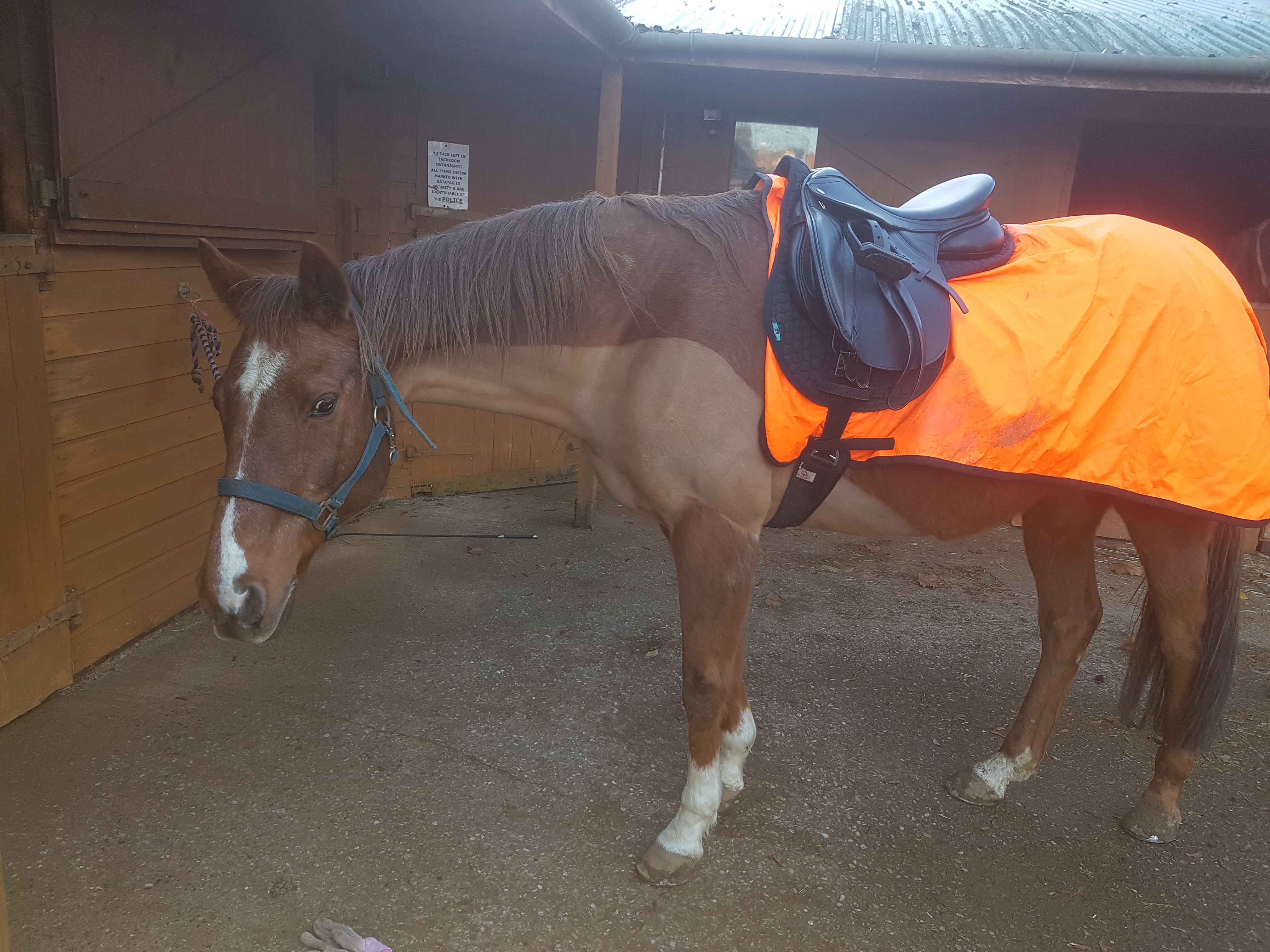 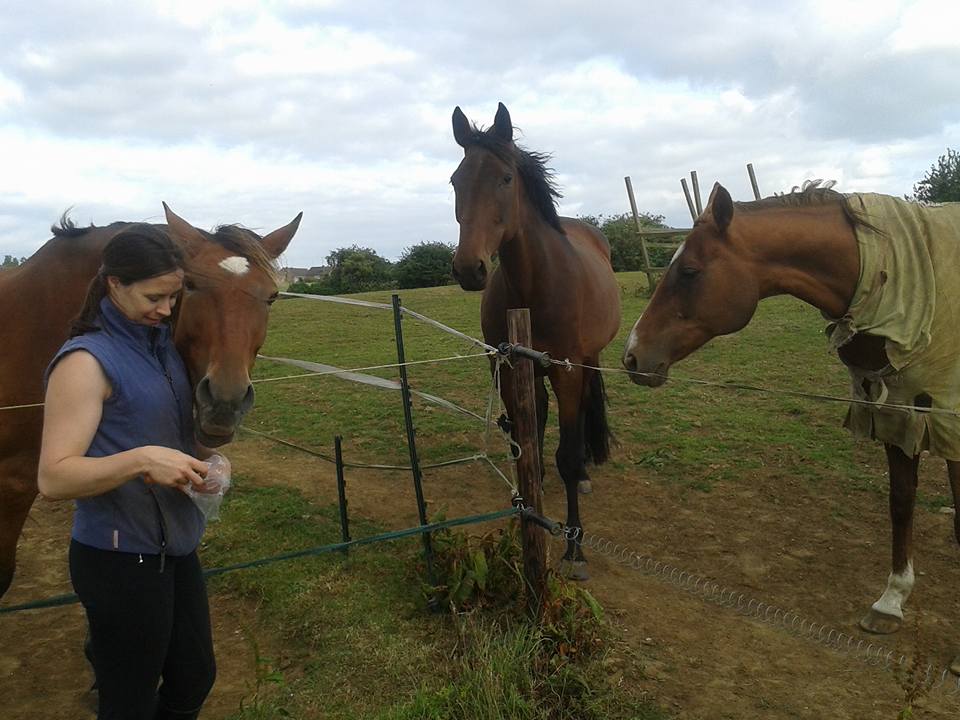 On to Aria; well the little she devil has beaten me, I give up!

The battle over the electric fence has frustrated me for 2 weeks now, so she’s finally got her way! Mainly as I was worried about the safety (one day I found three stakes pulled up and strewn across the field, and 2 snapped tapes) and also her not trashing the rest of the good grass in the field carting around! We had good growth in the last month so I’m hoping the grass will last, although we are in a better position than last year where I was already haying the field! As I can imagine everyone can relate, it’s so hard to protect the lovely grass/ground before it becomes a wet bog once the rains begin, lucky for Autumn she has her new Equilibrium mud fever boots to protect her.

Arias not been clipped yet as I’m probably giving her one more year before she needs it as she is not yet in full time work, although the other night I regretted it. She was extremely hyper in the arena when being lunged, literally running rings round me. A good 15 minutes of constant canter or fast trot before I could get her to calm down, to be on her side though, it was the first time this year she’s been worked in the dark so was probably a bit nervous. A very sweaty horse by the end of it but luckily sweat rugs at hand, and a cosy rug for the night once dry. I am desensitising her to clippers in preparation and have managed to get trimmers near her neck and face which is progress so hopefully in time for next year she will be as well behaved as Autumn…!

I’m getting into the festive spirit by trying the horses with different treats at the moment to see what they like – so far, they’ve had pear, plum, parsnip and swede which they have loved. I tried them with banana and had a mulchy mess spat back at me when both Bob and Autumn decided they didn’t like it!! Aria did seem to like it, so I tried mashing it up into their feeds…and suddenly they all love it! May try making them the fruit and veg on strings to put in the stables for some entertainment whilst in each night, and then come up with a fruit/veg combo for their Christmas day treat.