All you need to know about cobs

If you’re in the market for a sturdily built horse with a steady temperament, a cob could suit you down to the ground. But what variety of cob would prove to be the best fit for you?

It’s important to point out that the cob is not a breed of horse in its own right – technically, it’s a type – but there are breeds with ‘cob’ in their name.

To help clarify what constitutes a cob, here’s what the British Show Horse Association defines it as: “A short-legged animal, with bone, substance and quality, capable of carrying a substantial weight. The cob should be well-mannered and ideal for nervous or elderly riders. Cobs should have sensible heads, (sometimes Roman nosed), a full, generous eye, shapely neck, well-muscled… and with a well-defined wither.”

By the end of this article, you’ll know all you need to know about cobs – what they can be used for, what kind of feed they need, and everything else in between.

A brief history of the cob

The cob has been in existence long before it was a recognised horse type.

In the pre-machinery days, cobs were many landowners’ choice of horse to work hard in the fields. Their innate strength and adaptability made them effective workers.

This versatility also saw them used as racehorses by the working classes who couldn’t afford thoroughbreds, which were expensive to buy and keep.

This helped to strengthen the bloodline of cobs, with the most successful racehorses becoming the most popular breeding horses.

However, the number of cobs deteriorated in the early part of the 20th century, with huge numbers taken to war and many of them killed in battle.

Just in time, from the 1950s onwards, an increase in leisure riding kept the cob alive. And that remains their primary purpose to this day.

Owners know that they can take their cob out hacking and enjoy a safe and tranquil ride – although, like every animal, cobs can be temperamental when they want to be. 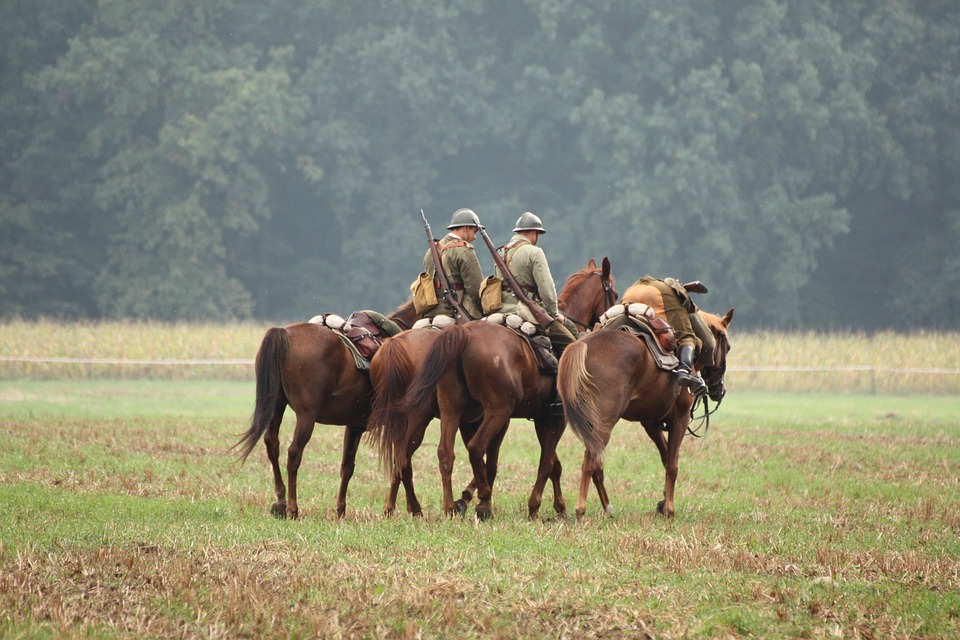 Cobs range in size starting from 11.2hh miniature cobs up to around 16 hands high, looking like a large pony with their small heads, short ears and large, intelligent eyes.

Their legs are relatively short in relation to their bodies, which gives them that compact and sturdy look.

They’re not short on power either, boasting deep chests for speed and strength under harness and muscular quarters for jumping.

Cobs are generally sure-footed animals, thanks to their strong bones and dense hooves.

We’ve touched on the temperament of cobs already. It’s wrong to suggest that all cobs are docile and laidback, but they do tend to have a substantial percentage of the calmer horse breeds amongst their ancestry.

They’re also known for their intelligence and curious and playful nature. If a cob is happy and feels secure in his environment, it will prove to be fine company and capable mount (or driving horse).

What are the most popular cob breeds? 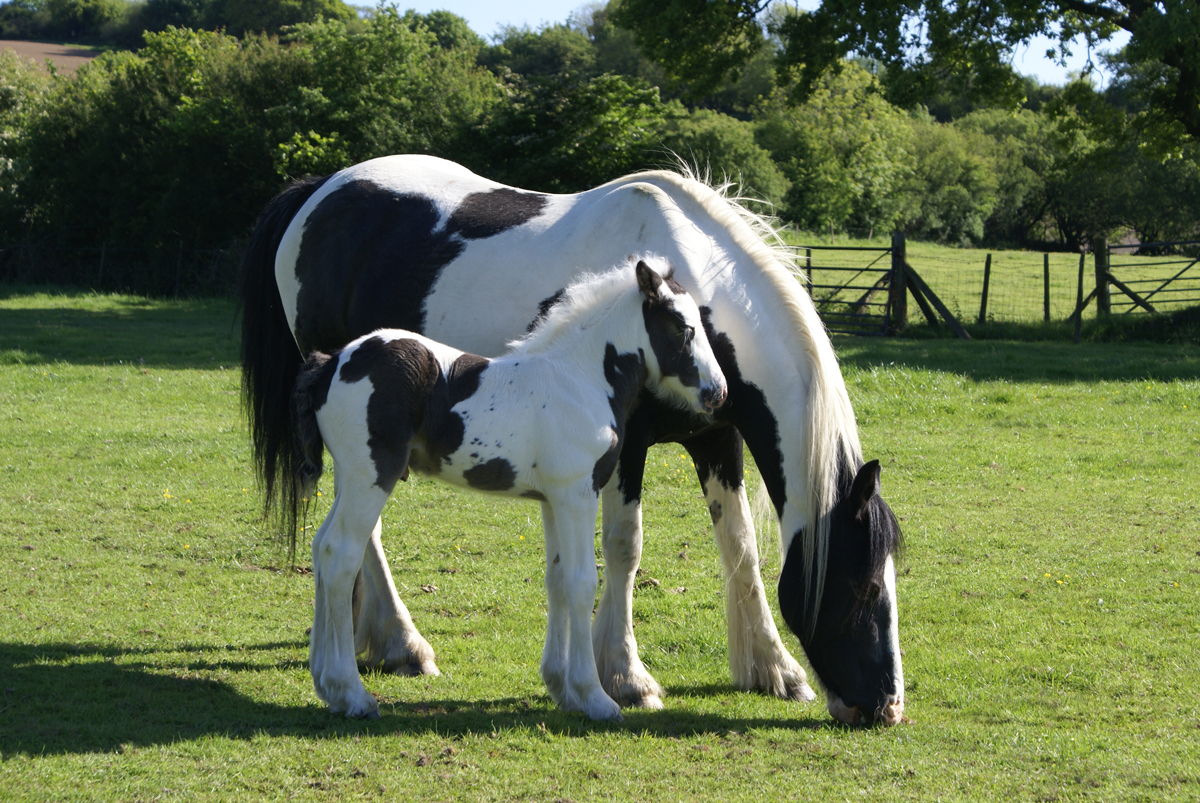 There are a number of popular cob breeds in the UK – the top three are:

Known today as the Section D Welsh cob, this horse breed is a typical example of a traditional cob.

Different to most other cobs, the horses are shown with full manes and tails in competition and are known for their flashy movement.

There are four types of Welsh Cob – Welsh A, B, C & D. A’s being the smallest ranging up to the larger section D.

Romany travellers would use these horses to pull caravans – today they’re used for driving, dressage and showing.

With long flowing manes and feathery feet they are often mistaken for miniature shire or clydesdale’s and come in lots of different colours and sizes.

The Norman cob is a light draft horse with origins in the province of Normandy, northern France.

It’s important to note the differences between each of the three cob breeds.

Cobs are often considered as the most suitable horses for beginners, but not all of them are fit for first-time horse owners.

The Welsh Section D, for example, can be quite fiery and a sharp ride, and would not be classified as an ideal choice of mount for a less than capable or confident rider.

How easy are cobs to maintain? 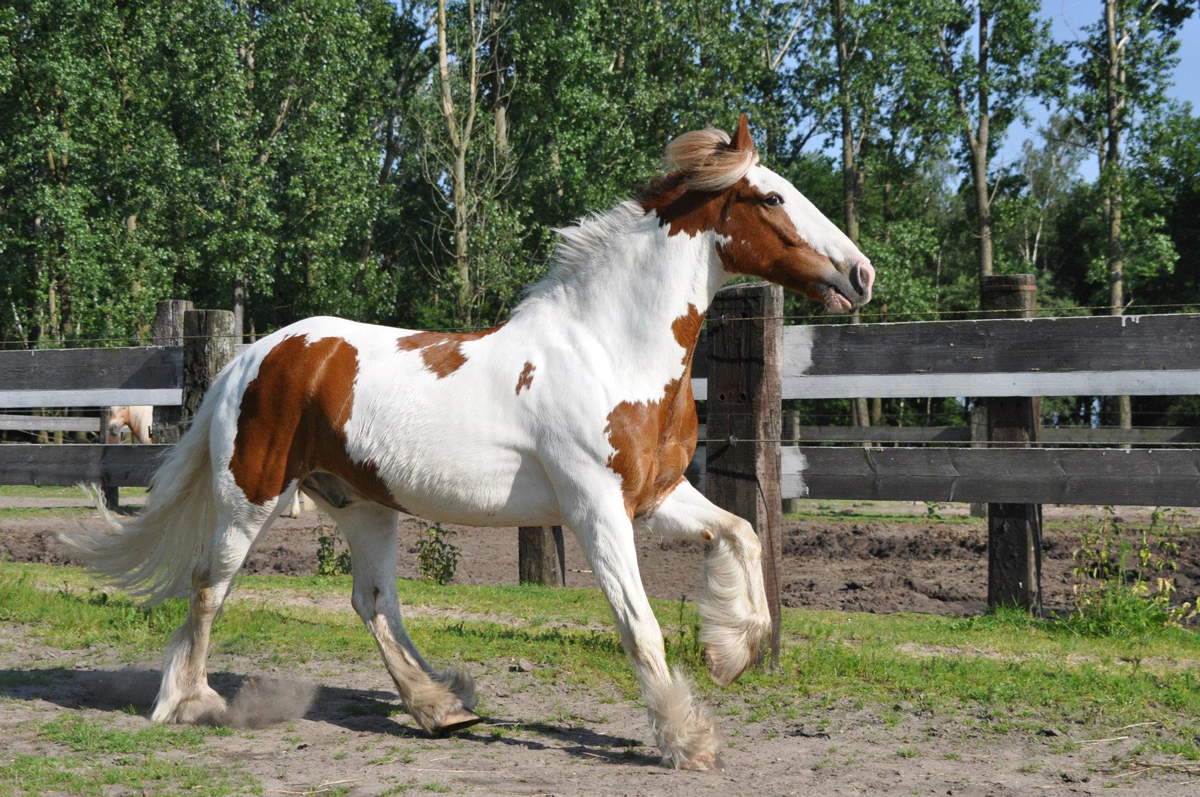 Cobs are just about the easiest types of horses to maintain.

They can usually live outside all year round – with the occasional rug when the temperature drops below freezing– and, as long as the grass is good, they don’t need much in the way of supplementary food.

In fact, it’s easy to overfeed a cob, which can lead to issues with their physical and mental wellbeing.

Like all native breeds that thrive on rough moorland, laminitis poses a risk if the animals are on too rich a diet.

So, you might need to limit their access to rich grass in the summer and be cautious of giving them too calorific hay and grain during winter.

If hard food does need to be given, it is often best to look for non-heating pony mixes (i.e. mixtures without oats) rather than using mixes intended for horses.

However, it’s important to recognise that cobs like to be grazing all day, every day. Use their weight as a barometer for how much food they need.

When you’ve found the perfect horse, the next thing is to get yourself insured. While cobs tend to have a gentle temperament, like all horses, they can be spooked and throw off their rider.

If anything was to go wrong whilst out hacking, horse rider insurance will provide cover in case of you (or your horse) being injured.

The last thing you want to think about after a nasty fall is being out of pocket as well.

Working with a varied and trusted panel of insurers, Equesure offers customers a bespoke horse insurance policy with various options of cover to ensure the policy is right for you.