An exciting update on Aria, Autumn and Bob the hulk!

So we (well more me!) haven’t had much luck last week – the horse box was in for a bit longer as it sprung an oil leak ☹so a bit of a delay and additional costs (but it should be coming home tonight hurrah!).

I managed to take two right foot boots with me to the yard one evening when I was so looking forward to riding so I had the choice of wellies or work boots instead, and then on going to catch the mares from the field another evening.

I look down at Autumns front legs thinking hmmm they look different – then I cottoned on that I could see white fur amongst the mud! Argh – on further inspection somehow both her close contact chaps were down over her hooves and completely wrecked. I have no idea how as they were done up as normal! ☹

One was completely ripped in half horizontally, and the other had a huge rip up the middle both unrepairable (and half of one is still lurking amongst the mud somewhere in the field for me to locate). 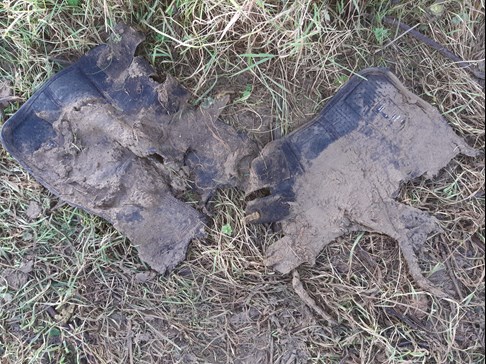 My Christmas list has now had a last minute change with me informing my partner of the exact size and style Autumn requires in nothing other than a Major hint! The sacrifices we make for the horses ay! Right that was my three so that better be it!

On the plus point with it being dry I was able to do a lot more ridden work with Bob hurrah! I even tried a few dressage practice tests and some jumping with Autumn too so hopefully we can get out to one of the upcoming events!

The girlies had some new shoes last week, and Autumn as usual was perfect... Aria however has completely put herself at the top of Santa’s Naughty list! She was a pain in the backside from the minute we started. Normally she’s bad with the new nails being put in but this time she had a hissy fit whilst being trimmed and having the shoe removed.

My farrier was not impressed being used like a pinball between her and the stable wall! We did however overcome this and she stood beautifully for her shoes to be put on……because I cheated and filled a bucket with chaff and stuck her head in it!

Okay so not always the best way to combat the issues but sometimes for safety it just has to be done, especially as she was in a full on strop that evening before we even got started. Afterwards however, butter wouldn’t melt – she was a sweet as anything!

I’m thinking of trying her with a horselyx next time as when she has one in the field she doesn’t notice anyone or anything near her so maybe that’s a good plan!

I did get an early present though – well again I say me, but actually it's for the horses (anything new they get I see as a present even though it’s not for me 😊!) – we received our bottle of EquiNectar which we are going to be trialling yay! 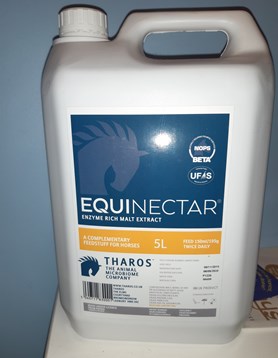 We are going to be trialling it with Autumn after discussing with Ben at Your Horse live, as we are hoping it will make a difference to her and I think it will benefit her greatly, I will keep you all -updated with how she gets on with it 😊

Bob had another wardrobe malfunction – well more my fault as I didn’t realise how big and wide he is! I was delighted to find a horse walker rug for him at an equine boot sale that had been on a ‘16.3 that fitted 6’9 rugs’, so I thought yeah that should just about fit….. well I think the photo speaks for itself! D'oh! He looks like he’s ready to burst out of it ha! Oh well something to look for in the January sales I guess! 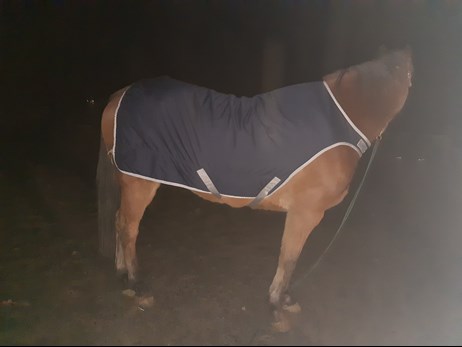 So fingers crossed we get the horsebox back tonight and that means we can then go to a show finally on Sunday wohooo! Question is though – who should I take….the old gal or the hulk?!