Despite my lack of confidence over the past few weeks as the giant has been a hyper loon, I braved it and took him for another jump lesson (sounds minimal but the evening before he was exceptionally bad being horrendously sharp and spooky, which really made me anxious). I’m pleased to say though despite a few fresh moments and bit of a hissy fit, we did well in the lesson, practising more grid work with a few extra poles to make him focus!

I was shocked at how better behaved he was compared to the previous schooling sessions (although he does like to make me out to be a fibber!) and from the lesson I came away with my confidence back and looking forward to the show the next day! So show day came around and the minute I went in the field he was off, he knew something was up and proceeded to gallop kick and squeal for ten minutes round me, until he realised I was just standing there ignoring him, so temper tantrum over, he relented and walked to me for the head collar and off we went.

He was well behaved at the show, zero spooking (I was gobsmacked) and we even managed canter (yes canter) several times in the warm up arena and past the spooky fir trees! In the arena he was good – unfortunate knock on the first fence but a nice calm and collected round, scooping us a 6th place out of a busy class.

The next class I was excited for (not scared for once!) and in we went, I got a bit over confident and caused us to hit a pole, and he got cocky and took the penultimate one, but despite this a fast but controlled round and 4th place! It seemed that there were only 2 clears in the first class and 1 in the second so it must have been a difficult course, so I was extremely pleased at our results and his behaviour.

Our trust in one another has grown and I now feel more confident to fold further over his neck as I no longer feel yanked out of the saddle! Bring on the next show I cannot wait, I’ve even started to look for some affiliated SJ dates in the area as we may go and have a go on a ticket to see how we do! 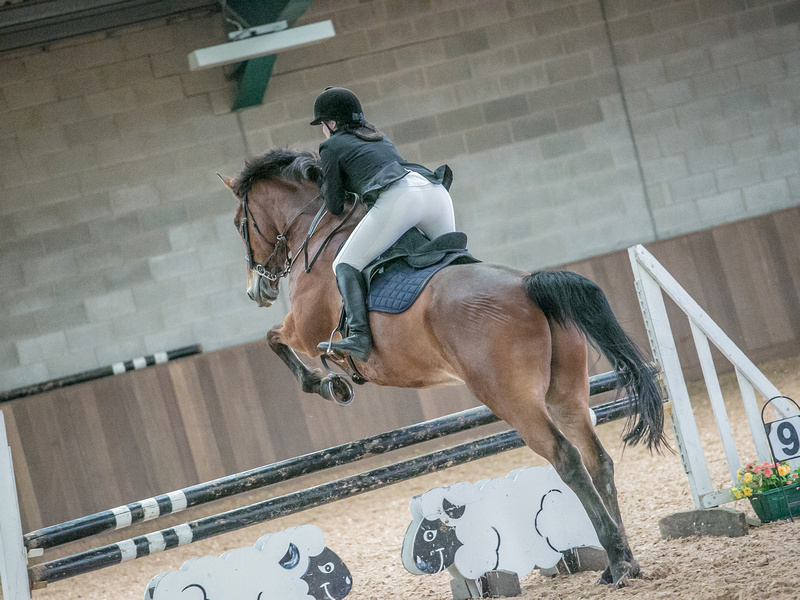 Autumn’s been on fire at home with her jumping – I think she’s missed it (or is jealous of the juggernaut taking all the glory) so she will be out shortly to have a whizz round a few courses! I was planning some more dressage for her but I think she wants some excitement as she feels so good at the minute.

Aria… well she has turned into a sweetie in the field- coming up rubbing her head on me and asking for scratches twice daily as I poopick, no aggression just wanting to be with me and have some fuss. Schooling on the other hand – still a feisty furball – taking between 15-20 mins to settle as she’s fighting her bridle (couldn’t care less about the saddle) so a dentist visit is in order to see if there’s any underlying issues.