Breeze Redwine is a 19-year-old, award-winning singer songwriter who sings pop with a soulful country influence. And she rocks too.

She is fabulously talented and self-effacing but with the strength and resolve to shape her own role as an artist. Above all, she loves to entertain and brings a whole playful new energy to the music arena. She is emerging as a powerful singer and songwriter, happy and content to grow organically as her musical output develops. And it is growing fast.  She plays guitar, ukulele and piano.

Breeze could well be the UK’s next big new musical talent.  Her influences include international artists and bands including Taylor Swift, Miley Cyrus, Imagine Dragons and Shawn Mendes.

At just 19 she writes narrative songs with depth and feeling about life from a young, female perspective. The country-loving teen was raised in Harleston, Norfolk. Her lyrics are feel-good and upbeat, daring and heady, often focusing on love, happiness and life lessons. Occasionally she touches on more sensitive issues, including the mental health of young people (a subject close to her heart).

Championed by BBC Introducing in Norfolk, and featured on BBC Introducing Suffolk, she has had three Tracks of the Week and has had her first single featured on UK, USA and Canadian radio stations.  Her early release, Courage, independently recorded and released, began her journey into the music business. Now becoming widely known on the UK music scene, she is dedicated to her loyal fan base with views, plays and followers growing exponentially.

Her second single release ‘Never Let You Go’ follows on from her debut ‘Money’ which notched up 185,000 views on YouTube and 60 000 streams on Spotify and it is already exceeding these views and streams.

Money by Breeze Redwine is a country-rock gem that hits with a distinctive appeal – Is This Music.com

Breeze bolsters her own reputation as one of the hottest county names to leap out of the UK in 2021.  Money is a joyous release with an upbeat tempo that keeps the excitement flowing from start to finish – Breaking & Entering Milwaukee

Breeze is agile and her fearless and confident style pays off massively – Subba-Cultcha.com

Both releases have been recorded by the SAFO Music Group in London. She is currently performing under a management deal with Stonham Barns Park in Suffolk. 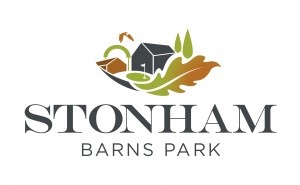 She was invited to sing on stage, aged 9, by a teacher who first spotted her talent.  In 2015, aged 11, she was crowned champion of national competition Teenstar. In 2016, she smashed the World Championships of Performing Arts competition in Los Angeles winning four gold and two silver medals plus an achievement award for the artist most likely to break into the music industry.  She has also been awarded Best Original Artist in the South East Entertainment Awards and nominated three times for a Josie Music Award in Nashville, USA.

Among her notable performances are included, Long Beach and LA, California; the O2 and Dingwalls, London; the NEC Birmingham; and many appearances in the East of England, across Norfolk, Suffolk, Essex and Cambridgeshire.

Breeze has also performed in theatres, both acting and singing. Selected for various modelling assignments, she has also been an extra in a variety of TV and film shoots.

She is currently studying for a BA in Film and Moving Images at the Norwich University of the Arts as well as pursuing her journey into music.

Further information on Breeze Redwine can be found on her website.