Christie's Blog - Back with a Bang!

Yassss! Yesss! Horaaah! Finally! I am back on a horse - horses - all of them have been off the yard! 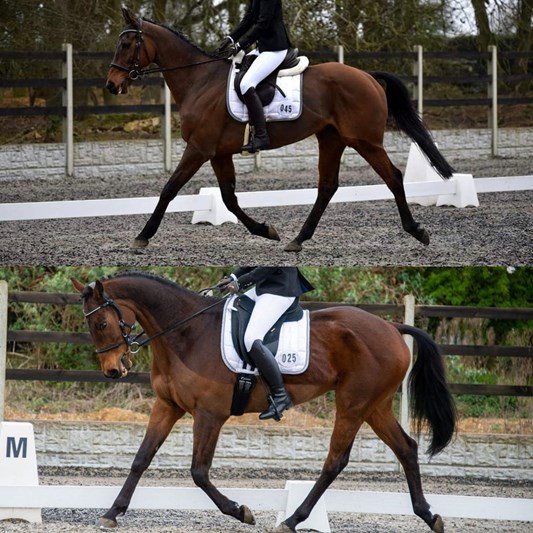 It actually feels like an eternity but the minute Boris announced the "road out of lockdown", I sat with the calendar and got filling, admittedly we had a slight hiccup as the lorry despite it's fancy repaint, apparently didn't appreciate being sat still for 4 months and my steering broke, but after many, many pestering phone calls to my mechanic daily (oops) we were back on the road within a week! It is definitely going to be a diverse year, and I honestly feel like a kid in a candy shop! Ben is hopefully going to the UK Rider dressage championship in July, after the most amazing first competition! I had only ridden him 4 times since January, I did my first arena hire the day before our test, which was my first canter since January too, and he went a got 66% in his prelim, coming 3rd out of 15 and qualifying for round 2 of the UK Riders qualifiers in May. He is a boy that thrives off work and is as happy to be back in the game as I am! Just to add the cherry on top, I coincidently did the same competition a year ago, and considering the 3 months out of work, the progress still has me beaming!

Django went to do a clear round, in hand of course, they weren't really jumps, but it was great to get him out in show environments and off the yard for de-sensitising, and if this foal was anymore laid back he would be horizontal! He loaded in a trailer with no issues, tied up in between classes, went into his round and followed me over everything without question or hesitation and never put a hoof wrong. For 11 months old and 4 months of not doing anything, I could not be happier. I have hoping to enter him in the Foreign Breeds class at Equifest in August, and then give him all winter to chill. I think the environment will be an amazing experience for him, and it is a bit of motivation to keep his in hand work going this year. I have also booked myself in to volunteer at the National Western Show in August, so I can actually learn about the western world, because it's all very well attending all these English events - but not ideal when you have a quater horse and want to be a Cowgirl! 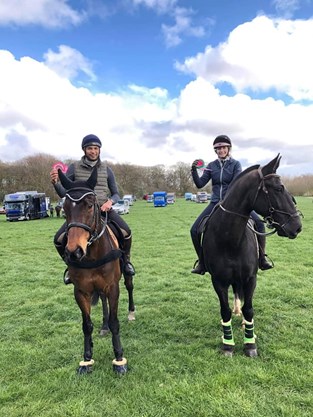 Travis managed to drop me on my head for our first ride, just to keep me grounded and remind me that he is not a horse to be slack around! Unfortunately the week my lorry was out of work meant no arena hire for him, and only lunging at home, thanks to his nightmare nature on grass, especially when this fresh, but my awesome (silly) friends convinced me to take him to the Houghton Hall fun ride, I call them silly because he was so hot headed that they did have to lead rein me for most of the first 4 miles!! At 33 years old and 25 years riding experience saying the word lead rein does make me die a little inside!) and I think we were all regretting our decision, however he did then settle and was great fun for the rest of the ride, even popping some logs so all was not lost! Once home, alive, I figured it was time to bite the bullet and register for the British Dressage Draught Championships in August - Hopefully that is plenty of time for me to negotiate some cooperation out of him and qualify - we only need 3 x 60%'s how hard can that be - Travis??

In 7 days each horse has got a rosette - What way to kick off the competition season!