Django went on his 3rd ever outing just before Christmas, to a fun in hand show. I could not have asked for more from this perfect little character! He loaded well, travelled like a rock, stood around between classes like he had been doing it is whole life, and soaked up the atmosphere in the ring without hesitation. Infact he was so good, he puts my other boys to shame at 7 months old. I have such high hopes for this horse.

We entered a couple of classes with tinsel all around his headcollar, which I was expecting him to at least notice, but nothing, he lead nicely and the only "moment" we had was when he was called into first place and he leapt in the air - but I guess i'll let him have that one, he did win after all! 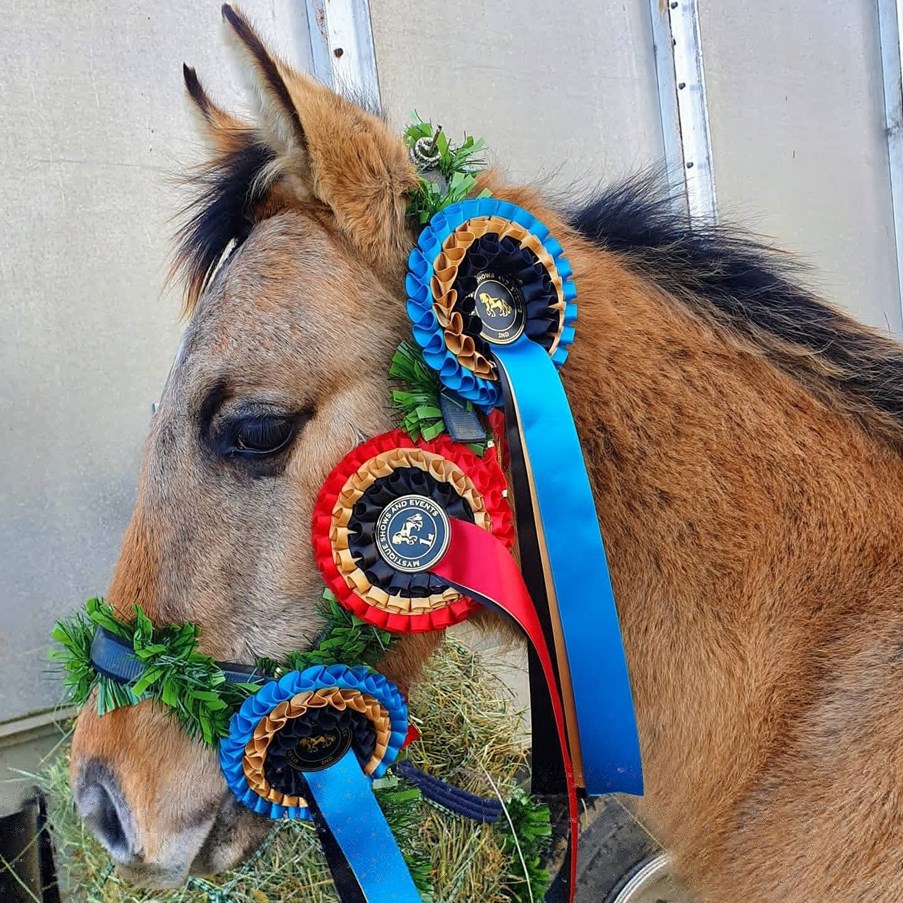 Then onto the fancy dress class, this costume was weeks in progress, not because the outfit was extravagant or difficult to make, but because it involved Django wearing a rug and bright, flashing lights - things a young foal often hasn't seen! This  desensitising took a lot of evenings of food bribery and dressing up, and it was completely worth it. With all the flashing, flapping and rustling, we came joint second.

It was a roaring success for a first show, even if I did have to dress up as a giant present! 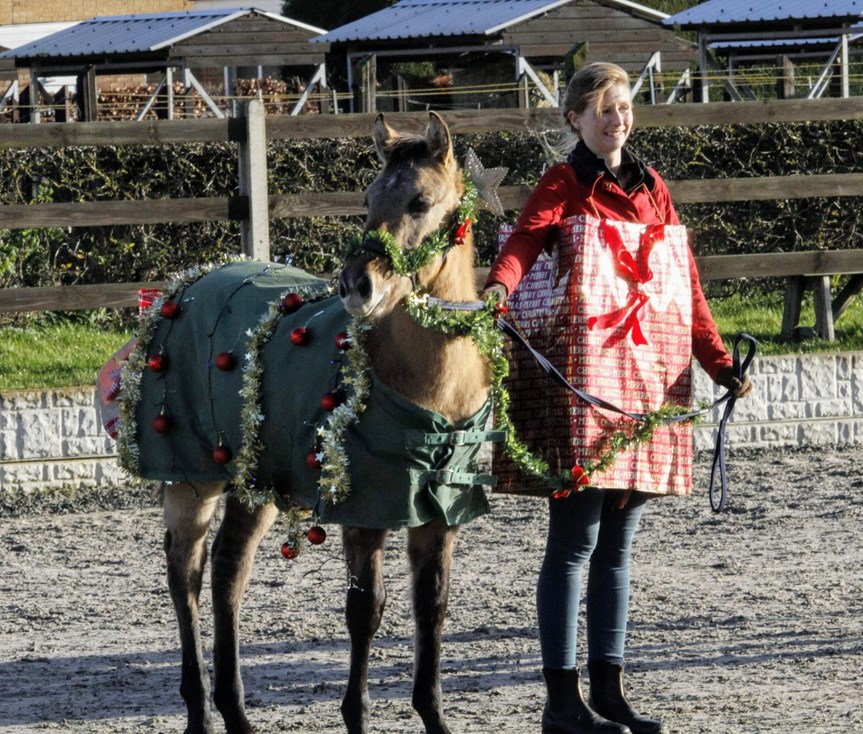