A bit of a dampener was put on our weekend plans this week, as I went down with the dreaded lurgy (thanks to my OH or people in my office). I had been happily prepping Bob and Autumn all week for their weekend activities, to then get hit, despite me trying my best at work and home to keep away from the infected people! ARGH! Looking after horses when you’re not well is so tiring but us equestrians are a tough breed and just get on with it!

During the week Autumn and Bob had a taster of different jump practice that I came across on face book – making jumps across the arena all interconnected like a zig zag. I have to say it was great fun riding round, really making the horses concentrate and getting to jump well on bends! Definitely adding this to our training and looking out for more interesting styles like this as it spiced up the arena work and gave them more variety. We also did pole work alongside some higher straight bar practice towards the end of the week to keep them doing a bit of normal work too. Our arena is not great over winter so want to get as much jumping practice in as I can before the heavy rain and frozen ground!

Aria has been off work this week due to a suspected abscess again! She was okay at the start of the week but then got a bit footy midweek (probably due to the damp ground again), where I then applied the usual peroxide and poultice for a few days, but I’m happy to say I think I caught it in time as she’s back to being sound and ready to go again!

Autumn sadly didn’t get to go to her Le Trec outing due to the rider being absolutely knocked for six by the virus, ending up staying in bed all day bar sorting the horses in the morning and evening (nothing stops me getting to them to make sure they are okay – I’m stubborn like that!), but there’s another event in a few months for us to have a go at. Meanwhile I will still be doing jump practice alongside training her for a bit of Quest dressage to see how we get on, giving a few tests a go at home to see if we can do it! 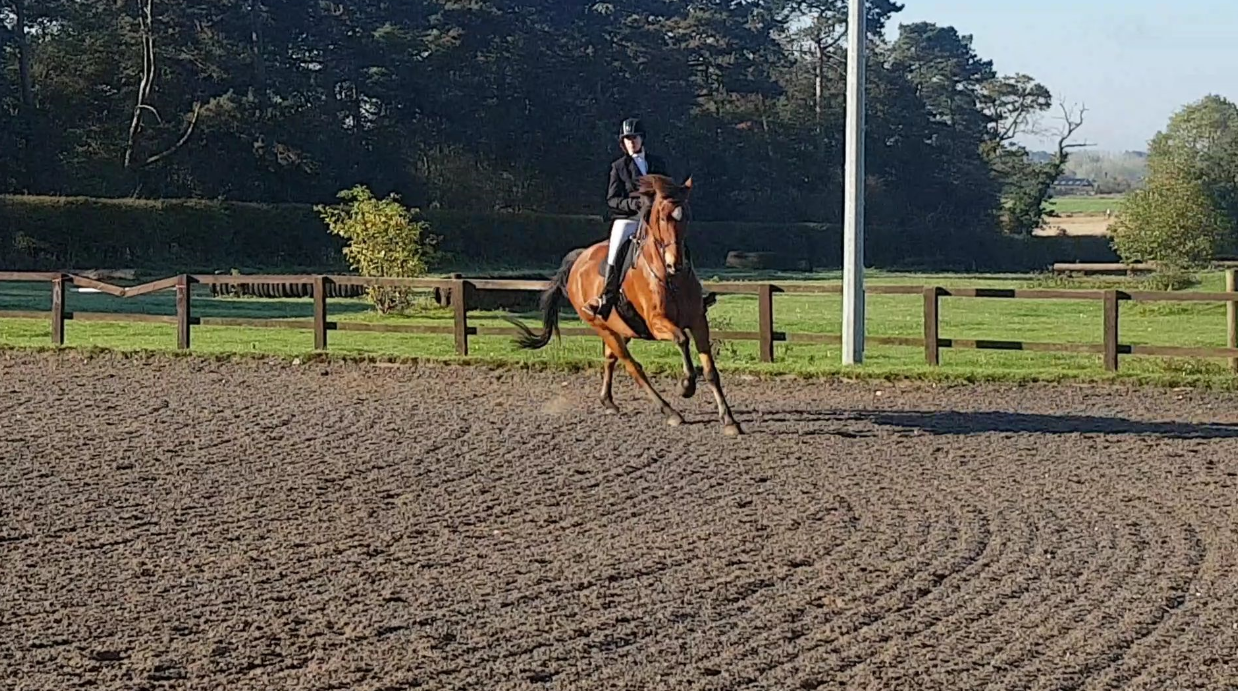 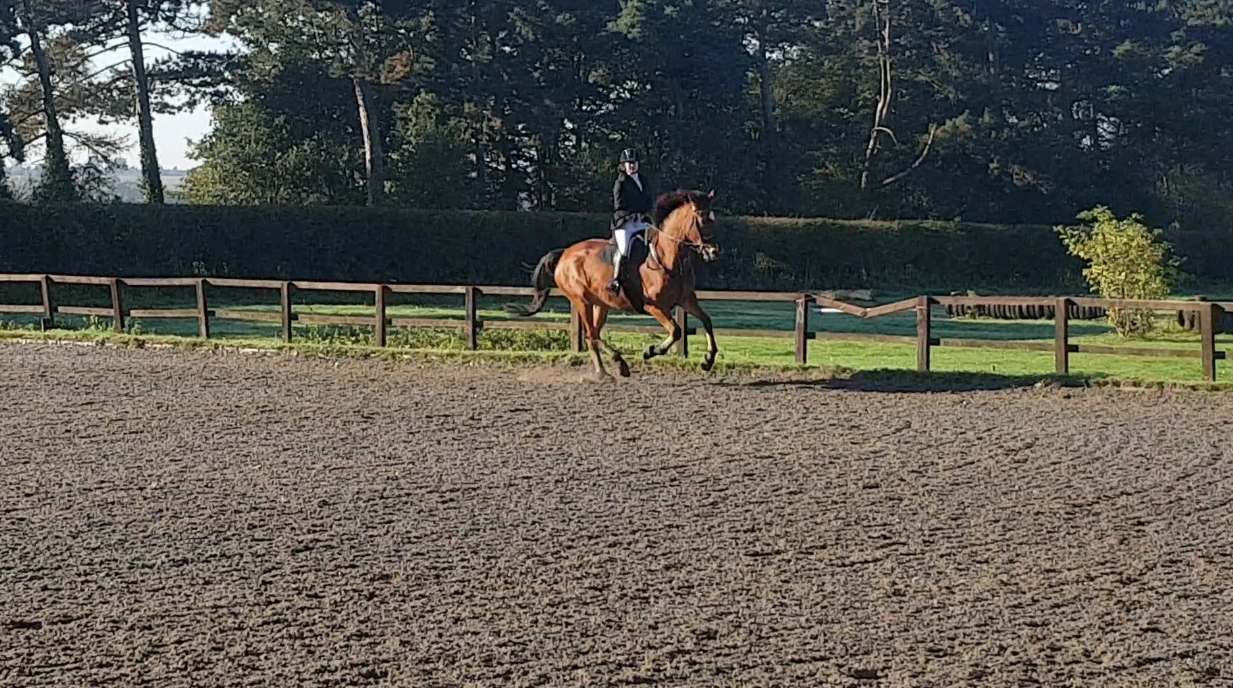 Luckily for Bob (or unluckily in his eyes) I felt a little bit better on Sunday to go out for a couple of quick rounds of jumping. I sadly wasn’t well enough to travel out to our riding club show jumping as the driving there and back plus competing would have done me in, but luckily there was jumping on at the local college equestrian centre 5mins down the road so we opted for that one so if I did feel worse it was only a quick journey back. It was quite quiet when we arrived which was good for Bob as he was a lot calmer in the horse box park and also in the warm up arena as there were not so many horses going past him. He’s definitely much better each time we take him out, showing he’s becoming more accustomed to the atmosphere and environment - Hurrah.

We only did two classes, but he was well up for both of them, and I’m sure the tinker sensed his pilot was not at her strongest! He decided he would take the lead in the arena despite my best efforts at attempting to slow him; the rounds were so quick I’m not sure how I remembered to steer for the fences, he was clearing each fence by possibly double the height taking strides out at every opportunity whilst I was hanging on and praying for some brakes! I definitely came out of the arena paler than when we entered! He won his first class which was brilliant but in the second had 2 fences and a run out unfortunately – but I do take the blame- the run out could have been avoided if I had been at full health and was able to concentrate more and one of the knock down was due to my unbalance not his. Lesson learnt – do not compete with a fuzzy head!

I’m hoping to get him booked in for a lesson in the next week or so if we can get fitted in (as he’s also got his saddle fitting too), as we are going to a qualifier the first weekend November and I want to try for a higher height and a qualification as we missed out last year to a really, really unlucky pole. We are determined to get through this year.

I did receive a lovely email this week though which I was very surprised at, it was from our riding club advising me that we had won one of the member’s trophies and we would be receiving it at the AGM in November which is very exciting. It’s our first year back being part of a riding club and I really didn’t expect it so was very pleased to receive the notification. I have definitely enjoyed being part of a riding club this year and next year I’m hoping to do a few more events with them including arena eventing on Bob (once we have brakes in place!).

Aims for this week – Keep dosing up on vitamins to clear this cold, perfect our jumping and get the mischievous mare back in action too, and start buttering up the Other half ahead of the saddle fitting ;)