A bit of an up and down week this week with the weather, a few lovely days but rain and winds too. Unfortunately the one day of winds caused the trio to turn in to absolute wimps who would bolt and fly buck as the swish of a branch. Unluckily for me they must have done this for the majority of the afternoon as the fields looked like a legion of horses had gone on a fun run round them, so off I went stomping the ground flat again – good exercise but not what I had in mind alongside the poopicking. Meanwhile the troublesome equines were cosy in their stables, munching away planning their next way of causing havoc!!

Aria has still been well Aria! She’s still going through her stubborn phase and definitely challenging me on the ground, unluckily for her I am used to it and give her the mare stare until she moves away. She is moving a lot better in trot and canter now and her downward transitions are fab, she’s just very tenacious about going up the paces unless she wants to! She isn’t minding poles so hopefully I can start to raise them a little off the floor to start getting her to pick her feet up more.

On the ridden front both Autumn and Bob have been fairly well behaved. Bobs been improving on his canter and not leaning in so much, and we mastered canter and trot poles again. Even when I rode him after a few days off and he was a bit fresh he was still well behaved – I am praying when spring comes and the fresh grass that this will still be the case as normally he turns into a raging rhino for a few days to a week where all I can do is flap and hang on whilst trying to do the most basic of schooling exercises! We have done some jumping at home which he is improving with and again I can have two jumps up in the arena without him getting frazzled now! He does look excited when I bring him in though and he sees the jumps up as the head goes up and ears forward as if to say Yes play time!

Autumns has been good with her dressage training… and it looks like I have found our first competition! The main test we practice has only gone and appeared on one of the riding clubs events – so looks like its decision made, and fate has chosen our date – 2 weeks to go so best get our butts in gear! I did buy a new dressage saddle pad at an equine boot sale before I knew about it, and my partner moans if I buy horsey gear and don’t use it, so best get practising and ready to get it out! It’s not my normal style as it’s got a sparkly border but thought it would look nice on her for our first show. I also managed to pick a dressage girth for the giant so hopefully third time lucky and this one will fit him so he can do some training.

I did have an unfortunate event on the way home from said equine boot sale – hitting a rough bit of road in the dark and puncturing my tyre – which wasn’t noticed till we got to the petrol station! A lovely gaping hole – with no chance of repair – so new tyre to be ordered. The following day once the car was sorted (hurrah – after the nice recuse team came out – we couldn’t get a nut off as it had been mangled) came the turn of the horse box – the battery was dead so we tried jumping it – no response argh! It was too late to get to a garage or buy a new battery so we decided to do it first thing in the morning before the show I was taking Bob too as the classes weren’t until after lunch.

Nope no such luck – Battery fixture would not undo no matter what we did so we couldn’t get it out – another call out to the recovery team (they must think i'm a serial vehicle breaker!) and an hour later the battery was finally removed. Unfortunately by the time we got it down to the shop to exchange under warranty there was no chance of making the show, and also the heavens had continuously opened too – so we had to abandon the show completely ☹ Disappointing as I really wanted to get him out again, but I am still a bit anxious about the flu virus going around too so I guess one missing one show won’t hurt that much and hopefully give more time for the virus to clear from all the areas!

Not much luck on the automotive side this weekend, but I’m going to hopefully book a couple of lessons in instead this month now the lorry is sorted and concentrate on improving his balance and technique ahead of our next competition. I’m keeping my eyes out on fun rides too as I’ve seen a few advertised so would love to get one of them out and about as there is only so much school and road work you can do before they get bored.

Well best get practising on plaiting Autumns long mane, polishing up all the gear and re-reading the test until I chant it in my sleep as not long until the event! I bet I end up more nervous than when I’m jumping Bob doing this dressage! 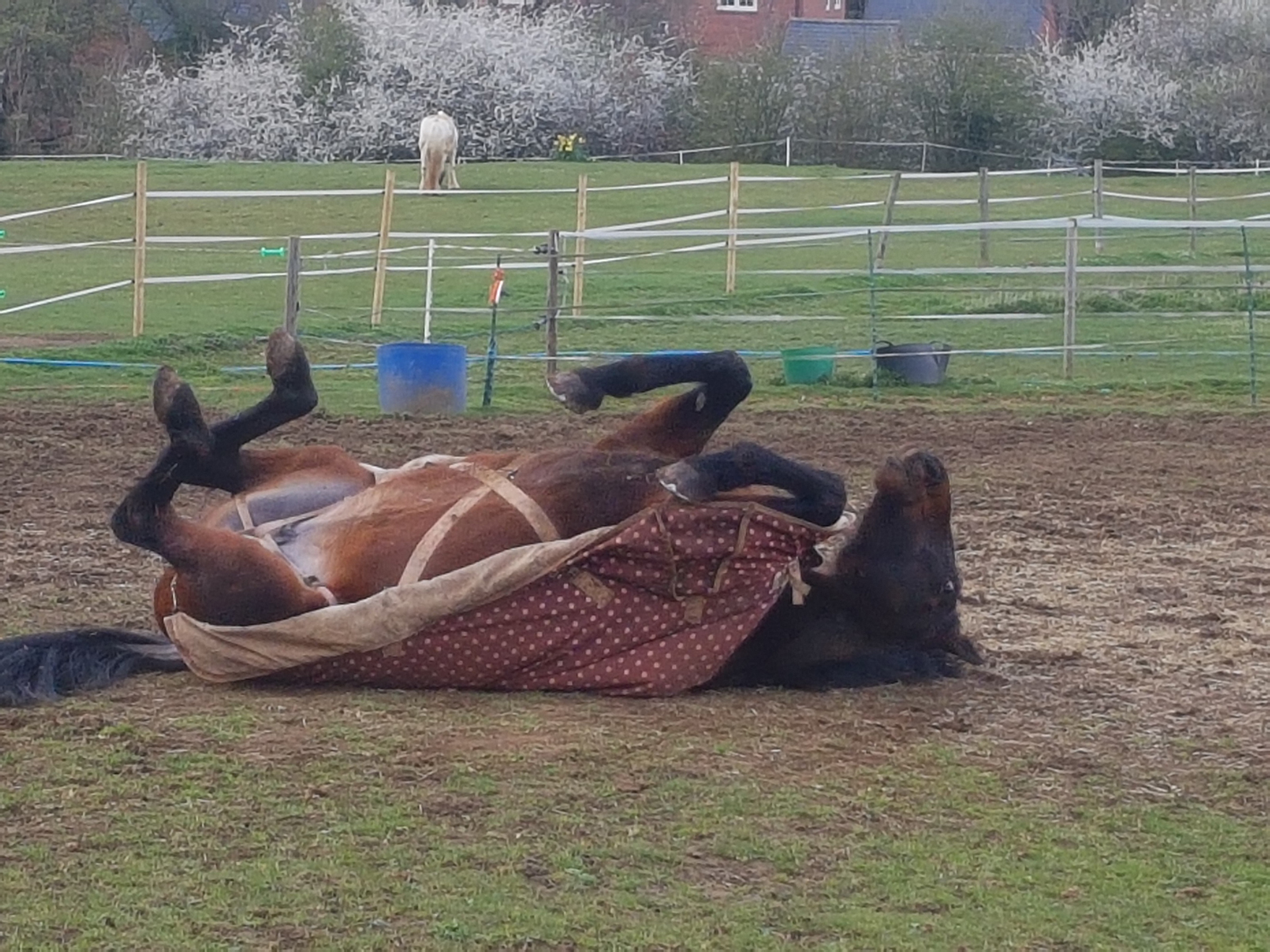