So it feels like forever since I really felt like me and Travis have taken a step forwards.

He is a quirky boy and has the patience of a Saint, although still isn’t quite enough to describe what is needed to progress this horse.

Same subtle commands, nope still don’t know what you mean. And then, there it is, one day the penny drops and everything you have been working on all comes together.

You sit there with that feeling of just being carried, no effort, no arguing, no nagging.

Now I can’t lie, I did think it was all a fluke, I did think this would never last. Knowing Travis the way I do it probably won’t and it most definitely won’t the minute we enter a competition.

However, for the present he has been a total pleasure and made the most gruelling winter almost bearable.

His self carriage for such a front heavy lump is never something that will come easy to this horse, and somewhere in his past a human has allowed him to know that he weighs 600kg.

This means that you do have to negotiate with him just like a mare, but for now this boy is being the best he has ever been!

I guess it’s time to see what the real judges have to say and get ourselves back in front of them! 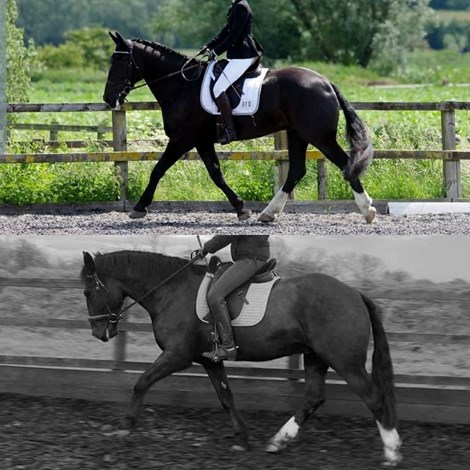