We have had a busy couple of weekends, and the time has just flown by!

We finally go out competing hurrah! But unfortunately it was on 2 of the hottest days in a long while ☹ so both myself, my partner and the neddies did get a bit hot and sweaty!

Nevertheless we went out for a couple of classes before the temperatures rose too high. First up on the Sunday was Bob – we went back to the Equestrian centre where previously we parted company mid round. This time however was a bit different… the dummy managed to somehow pull a shoe off in the car park enroute to the arena - What are the chances?? I had walked the course and was preparing to get aboard, whilst doing my finally checks and then I noticed it – ARGH!

I checked him over and trotted him up and there was no discomfort, so I went with a few suggestions of take him in and see how he goes. I tried him in the warm up arena to check he was ok first and he behaved well so we decided to try just one class.

Well he was definitely up for it – a shaky start as he was tense and I was nervy from last time but fence 1 & 2 cleared nicely – number 3 however- he used my leg as a ram to knock the wing out – and it was only an oxer (you can see the mess he left in the background of the picture)! The poor pole pickers – the whole fence went down. 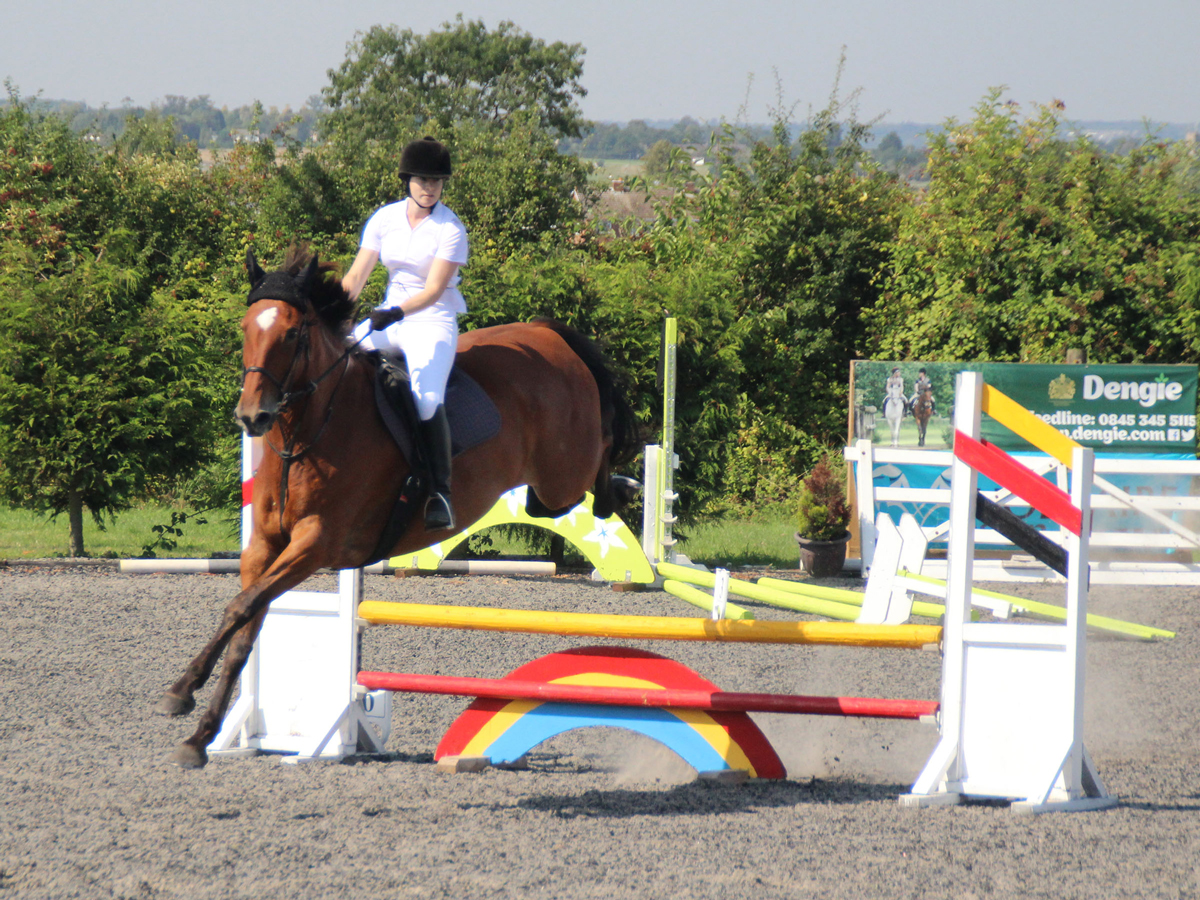 We continued on and the middle of the round was very nice, a slight unluckily clip on the penultimate plank, and then heading for the last – which lead to the arena exit…… well he thought heyho we are out and it seems he forgot the fence was there until the last minute!! Luckily only one pole fell but still a messy end.

I did get a well done and was told ‘that round was well ridden’ so hopefully it felt worse to me than it actually looked lol! Not shockingly we didn’t get placed, so off we trundled home before the temps got up with me sending a begging message to my farrier for a new shoe.

The next day was meant to be Bobs first appearance at the charity show – but due to the shoe loss the old gal got recruited much to her displeasure! A quick tidy up as I hadn’t bathed her etc, wipe over the tack, and off we went.
It was only her 2nd time on grass this year, so I took her in the clear round to get her bearings, a bit unbalanced but nice jumping. We went in for our first sponsored class – and came out as the fastest time and only clear! Wooo! She had done me proud again and won back one of Merlin’s Shields (plus a prize of fly spray too) – good old gal!


As we did the lap of honour the judge who has seen us compete for the last 10 years said across the tannoy about Autumn being 21 and how she has been jumping brilliantly for years, which had me grinning from ear to ear! 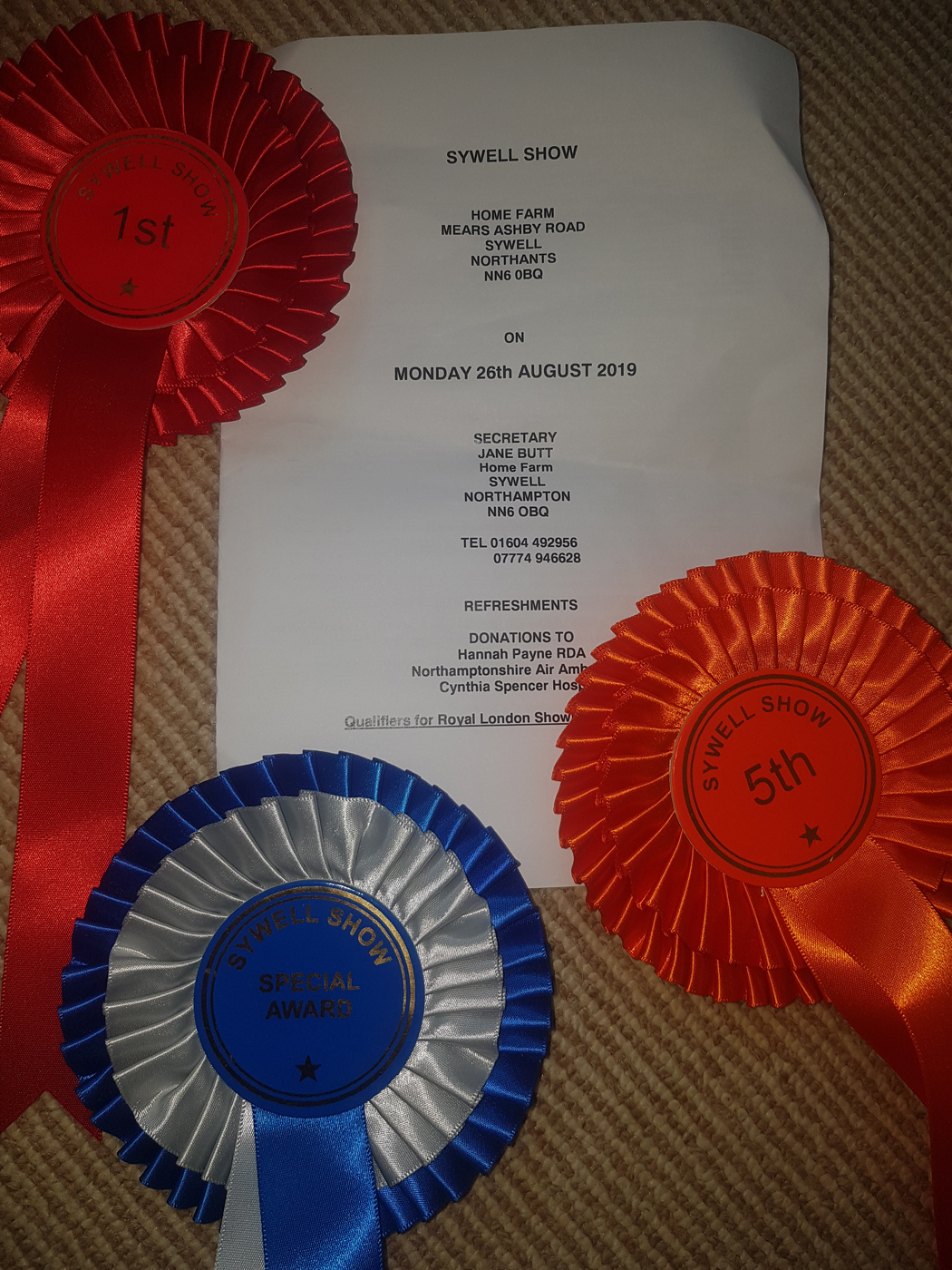 It was beginning to get quite warm by the time the next class started so I didn’t jump her anymore in the warm up, we went in for the next round but I think the heat got to her as by fence 3 she just stopped and refused the fence, so we called it a day and took her home to avoid any heat related issues as at her age I do worry! She had a few days off afterwards, but we enjoyed a lovely hack one early cool morning that was just perfect – so peaceful and tranquil.

I dragged my OH out to a couple of equine bootsales at the weekend too – I had a set idea of what I needed and came away with completely different things – this happens to all of us right?!! I then decided to do one of the equine bootsales myself the following day – managed to sell a few items, but then came home with a few more items too! Ha! Although in my defence they were items I needed..!

Now to plan for the Autumn season…and dare I say it – get fully prepped for winter argh! Any mucking out hints and tips to save time in the dark winter months will be greatly received 😊