So we had our first show jump training of the year at the weekend, and despite the bitter cold and minus temperatures, it all went well.

I bundled myself up in 5 layers, and Bob had his cosy rug on for the 5 minute journey up the road so we were both lovely and toasty. As we hadn’t been to the yard for a few years, I was excited (and a bit nervous I can’t lie!) to see how the bumbling giant would react. A bit fidgety tacking up as the horses were all still tucked up in there stables so there were none for him to see, but once the saddle was on and I was kitted out, we walked calmly to the arena. We did a few laps in hand to have a look and a sniff of everything, with Bob prodding some jump wings with his nose to check they weren’t going to suddenly spring alive and chase him round the arena! I stupidly forgot the mounting block but luckily a step was on hand for me to climb aboard. A few circles of spritely walk soon settled, and even when trotting he kept a level head, only having a few looks around to assess the new environment – major improvement noted here. We did canter transitions too, and I had explained to my instructor he does get a bit excited. Well by the third or fourth circle the hot headedness began, with an increase in speed and loss of balance on corners. I explained this was a main concern of mine and how I wanted to work on this in particular. We started off trotting to a cross pole on a diagonal and progressed to a straight bar. It was evident that it was definitely excitement and not fear, but that due to this, on landing and getting to the turn he was becoming very disconnected due to his speed (a few time I thought I was going to involuntarily bail out to the side).

We practised this a few more times, trying various different techniques, and also incorporating another fence to help him focus. It took a while but he did begin to slow, and I gradually was able to help him in his turns and gain more balance. It’s an area we are going to revisit as home work as we definitely need to improve this, I will be looking at the ‘fan technique’ and another practice session with the around the clock set up. We did a few courses after this, the first was a bit of a mess, I won’t lie, a bit of rushing, bad angle and imbalance. The second was an improvement on some sections, and by the third we got it. We had a beautiful canter to the fences, even in outline, he didn’t fight me and we landed and turned well! That round was so nice and I felt we really connected on it. My instructor was pleased too, and also noted the improvement in both of us, (we had previously gone for lessons a month or so after I bought him in 2013 where he rushed everything and terrified me). She could see we now understood each other and our confidence was showing, he looked more settled and like he was listening, and there was no ‘tanking off’ or fighting with me, just a bit too much speed at times. So now we have a basis to work with, and I explained my goals for the year to her so we have something to work towards. I like to have plans and aims, so I can see what I need to work towards each time, and it also helps me monitor our progress and also see if there are areas we struggle with and need to work on. Onwards and upwards, more training, and outings are on the agenda as we start our path to progress onto the affiliated circuit! 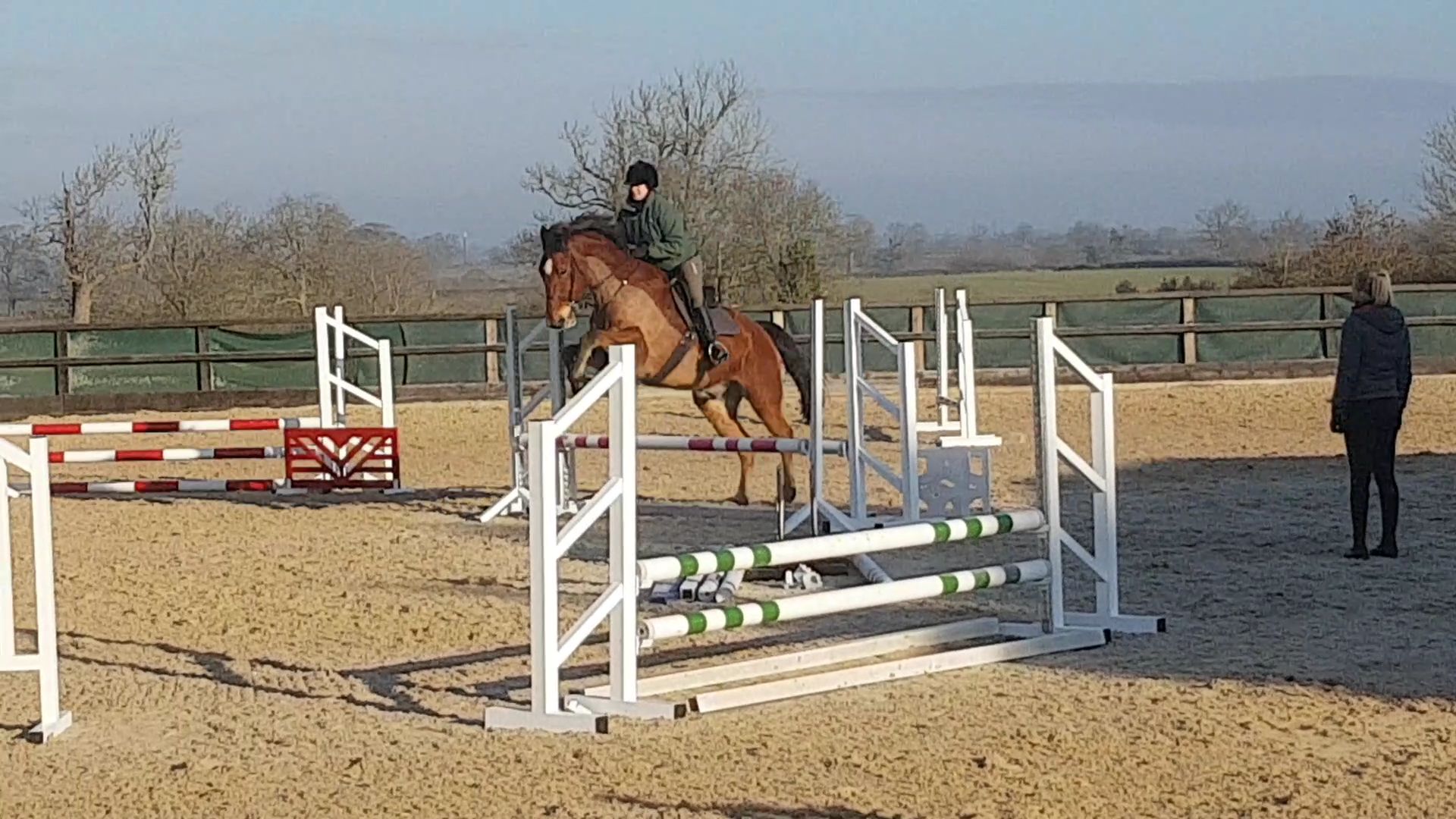 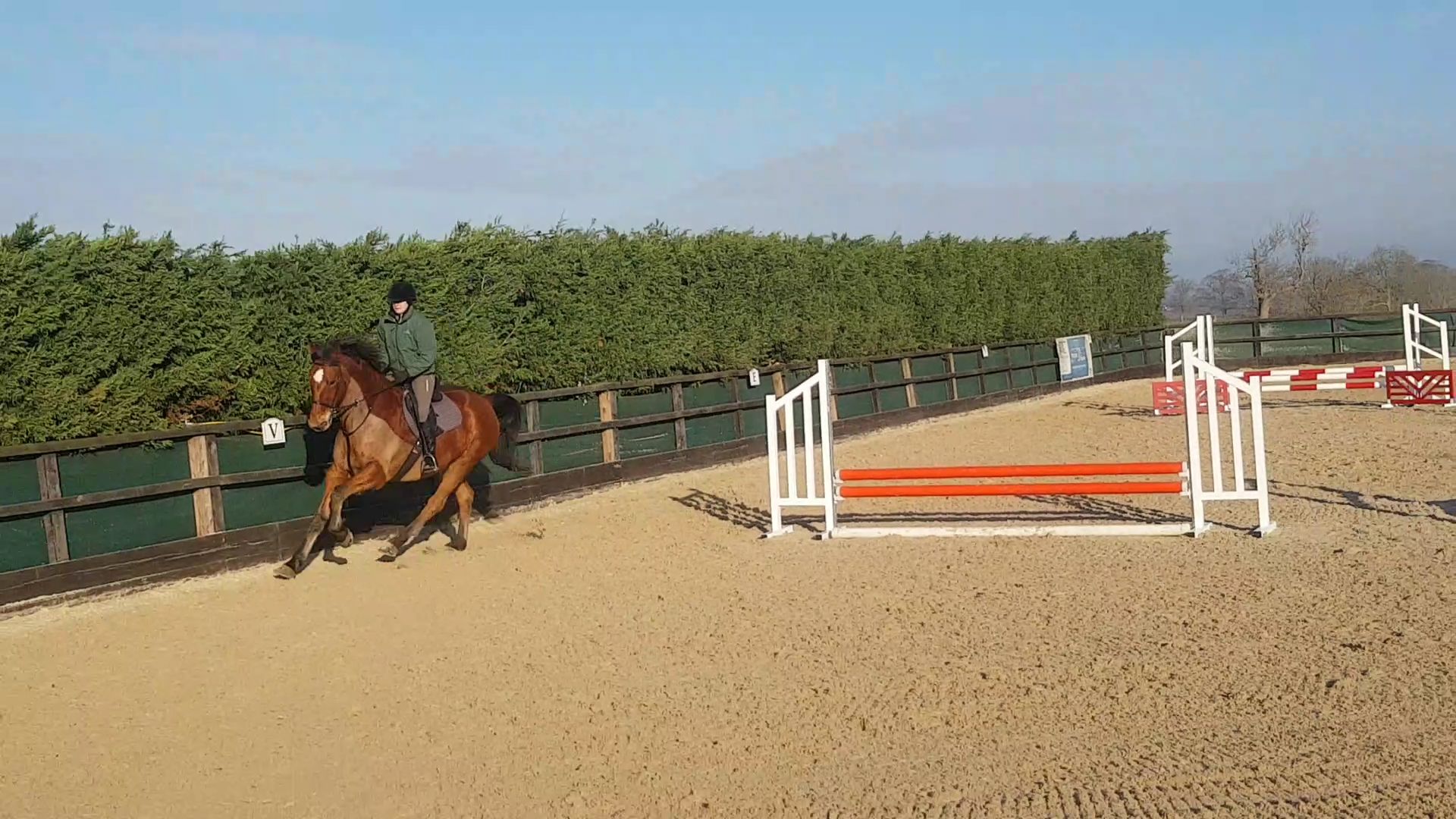 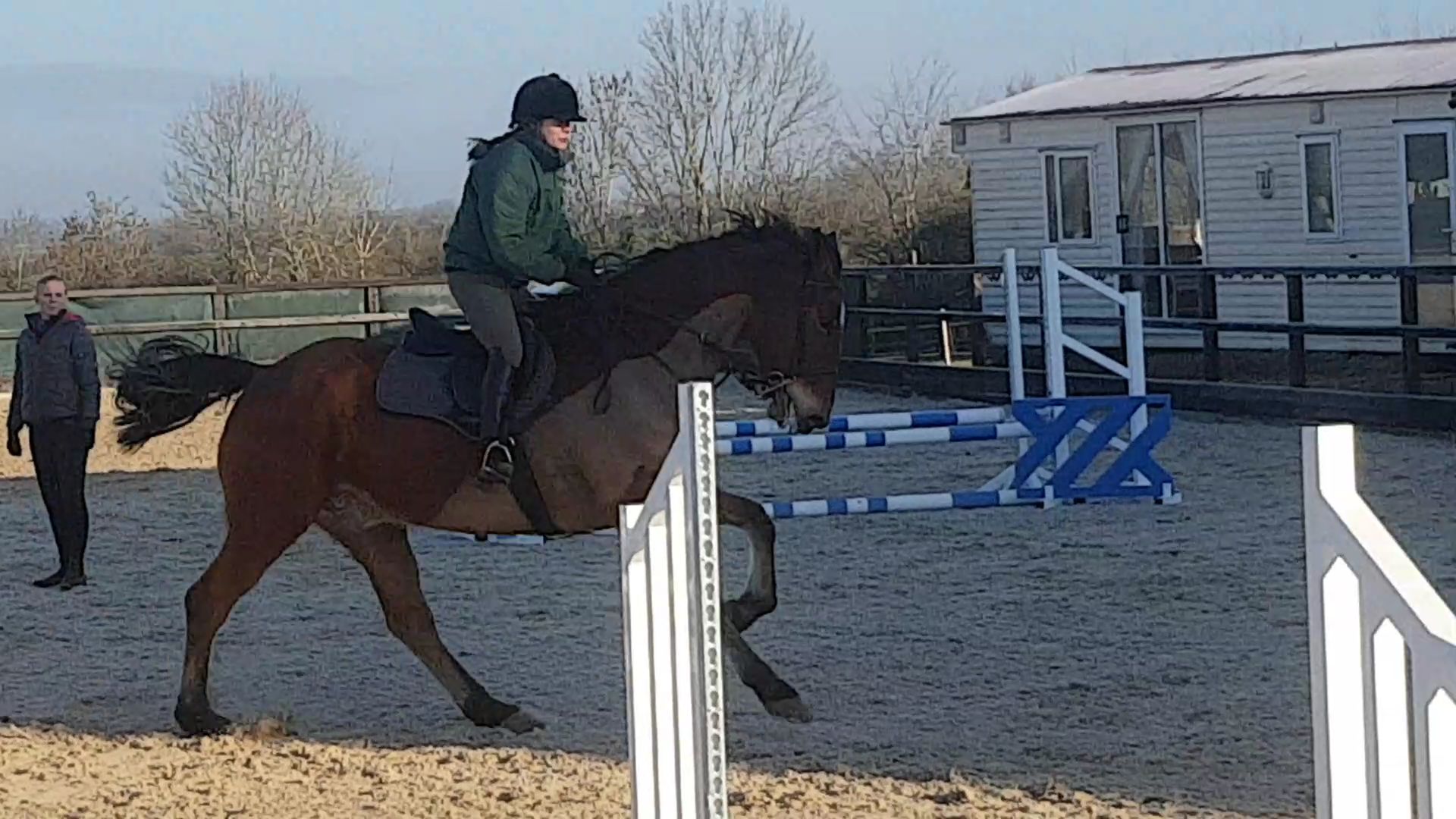