Bit of a wet week, with the fields starting to get a bit muddy to say the least!  Autumn's had her mud boots on which seem to be doing a good job at keeping her legs clean and mud fever free! Fingers crossed this will last all winter. The horses had a pamper day this week – A haircut for one and ‘hooficures’ for all of them! The morning started with Bob being sedated so I could finally clip him. It was daunting as I have never clipped him myself and not knowing if he took the sedation fully- I was a bit anxious.

But… I managed to do it! He did snap out of it a few times mid clip but I alternated between the loud clippers and quiet trimmers which seemed to work! Very pleased and a sense of accomplishment when I had finished – it was my 2nd ever Irish clip! That afternoon the farrier came, new shoes all round – yes you read that right – ALL round. Pleased to say she behaved well, and Aria now has front shoes on for the first time in 5 years! My farrier was a bit concerned but she stood very well and we were both pleasantly shocked.

Autumn showed a small bit of stiffness when I rode her before the farrier arrived and he also noticed having her hooves on the resting sling each time wasn’t too comfortable for her so I’m going to look at getting her back on some joint care supplements as I think the wet weather isn’t helping and she is getting on a bit! Hopefully she will be good to go in 2 weeks for the next show, otherwise the giant will have another outing. 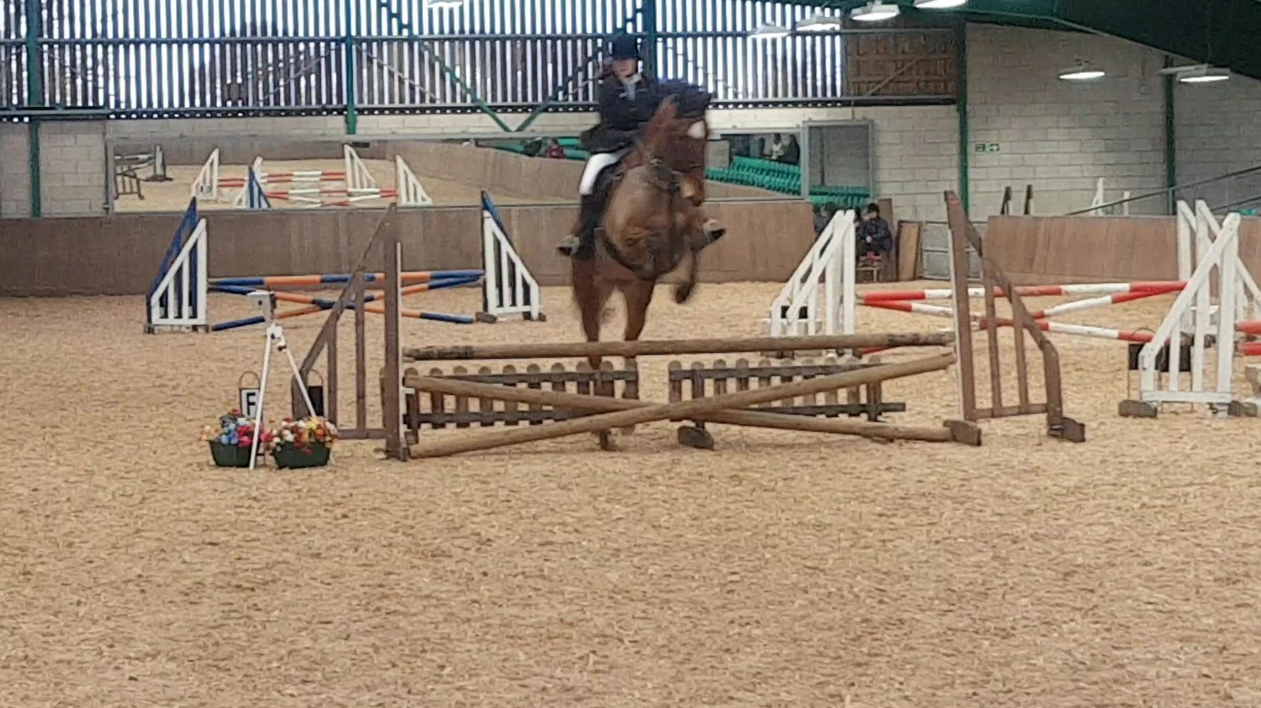 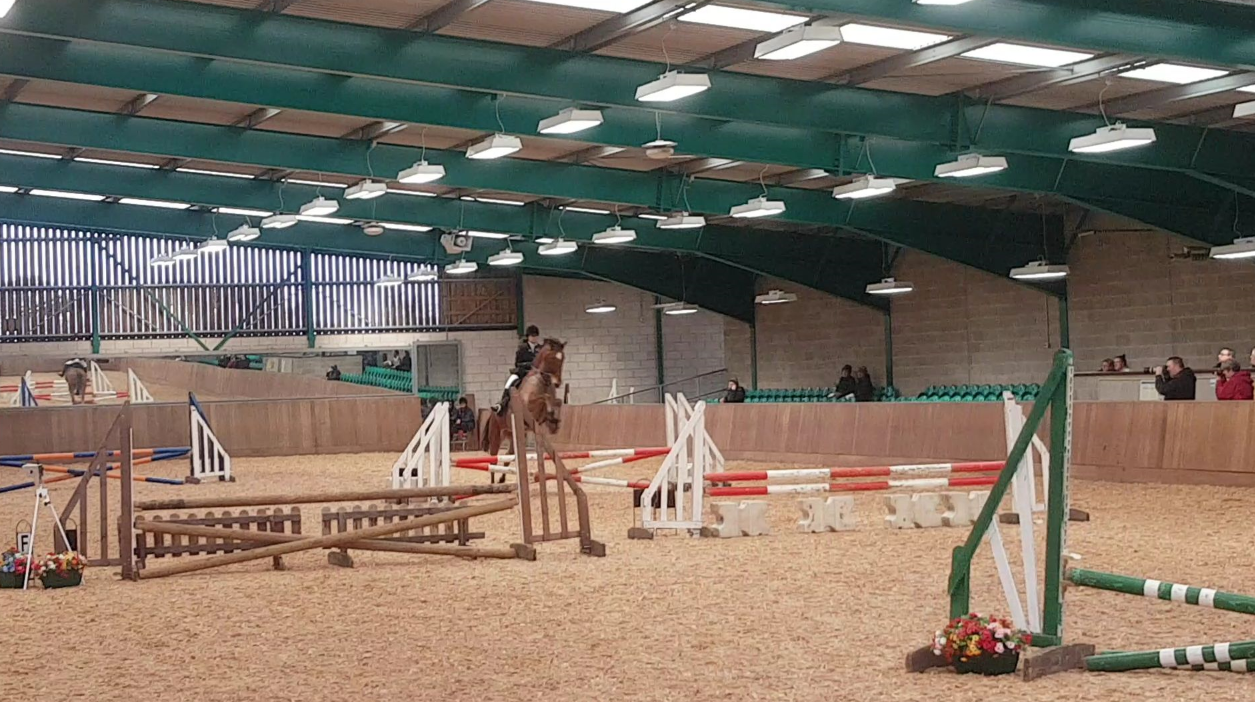 Well Sunday’s competing plan was very stressful I have to say! It started with the horsebox immobiliser deciding to not let me start the engine. A quick search on resetting it fixed the problem luckily so I thought phew, we are sorted! But oh no, Bob had seen us by the horsebox and began to get excited – meaning he was galloping round tearing his field up like a wild bull! I couldn’t get anywhere near him to lead him out so I could get the box out, so had to open all the field gates and herd him toward the back (he decided to do this at full pelt as well – this was all after a double dose of calmer earlier that morning!). Once the box was out and loaded I went to catch the hyper horsey!

Could I catch him…. I wish! It took over half an hour, and once I had finally caught him and got him down to the yard, time was zooming by and we had 20mins to arrive for our first class! Well I took his rug off and wanted to cry – he had rolled not once not twice – several times – in the mucky wet, section of his fields! He was filthy mud monster and also sweaty from galloping! I went into overload and brushed as much as possible but to no avail, he was so dirty, so out came the bucket and sponge. I washed and dried him as best I could, although he still looked dirty, but we had already missed the first class so we bundled him up and off we went. Parking was awful too and added to the stress as it was so busy (I’m not used to turning up to the later classes but this was good experience for us all). We managed to squeeze in a gap and get him tacked up quickly and down to the main arena. Our original class was just finishing and there were a lot of numbers down for the next one, but that was good as we had plenty of time to get him used to the warm up arena which was very busy! He behaved well with a few minor spooks, until attempting the practice fence – he launched the first time, then second time decided to go sideways, up and spin (entertaining a lot of shocked on lookers watching from a distance)!

I finally got him over but my confidence was knocked! We spent the rest of the time before our turn calmly walking and practicing half halts. Then came our number call and the feeling of dread hit my stomach, he however was highly excited! We got into the arena and he started an energetic trot straight into canter. Normally we approach at trot but we cantered half the arena before the first fence – and jumped it beautifully! I have to say I was so happy with him! Despite being a sod in the warm up he was lovely to jump in the main arena – he listened, slowed when asked and didn’t tank off with me! Not sure what got into him but he felt amazing, we got 8 faults for 2 unlucky poles but it was one of the best rounds we have done together and all I could tell him the whole way round was ‘good boy’! Never thought I would be so happy with an 8 fault round! My confidence is back up now and next time we are definitely doing the higher classes and I cannot wait!

Diva and Jackson have travelled to shows together several times but, as we try to enter Jackson for gelding-only classes rather than mixed mare and gelding ones, they had never competed in the same class.

Bob and I had our second lesson with out new instructor and all I can say is wow (plus I also stayed aboard – just!)!

As mentioned in a previous blog, the way the grass is growing this year is causing problems for people with good doers. This time last year Diva and Mabel were out 24/7 and I was getting to the stage of giving a little hay at night as the grass just wasn’t growing.

Top tips for riding a horse on a beach

While there are plenty of benefits to a beach ride there are also particular risks you need to plan ahead for. If you want to try out beach riding then you need to make sure it is safe. If you’re wondering where to start, then read our top tips.