Must-know horse associations in the UK

There are some fantastic horse associations to be found in the UK, all with their own unique cause, protecting and promoting the interests of horses and their owners.

As someone who’s interested in horses, having an awareness of these associations is absolutely crucial, as you don’t know when you might need to lean on their support and expertise.

Keeping up to date with these associations and their benefits is all part and parcel of being a responsible equine owner, as is having the right horse insurance.

So, what are the horse associations that you need to know about?

Founded in 1947, The British Horse Society is the largest equestrian charity in the UK with an impressive membership of around 115,000. With a chief aim to protect and promote the interests of all horses and those who care about them, the BHS has made a real impact over the past 70 year with a series of wide-ranging campaigns and initiatives.

Education, welfare, access and safety make up the BHS’s core foundations. Welfare is arguably the most important of those principles, and the charity has a dedicated network of 200 volunteer welfare advisers who promote the prevention of neglect, cruelty and harm to horses. They also work proactively to support, advise and educate horse owners to try and prevent problems becoming serious in the first place.

BHS welfare advisers work on around 2,000 welfare cases each year.

The BHS also works closely with MPs, the police, road safety partnerships, and other safety organisations on ensuring the safety of equestrians. With its team of 280 local volunteer access and bridleway officers, it works tirelessly to enhance and maintain the UK’s equestrian access network, promoting riding for all. 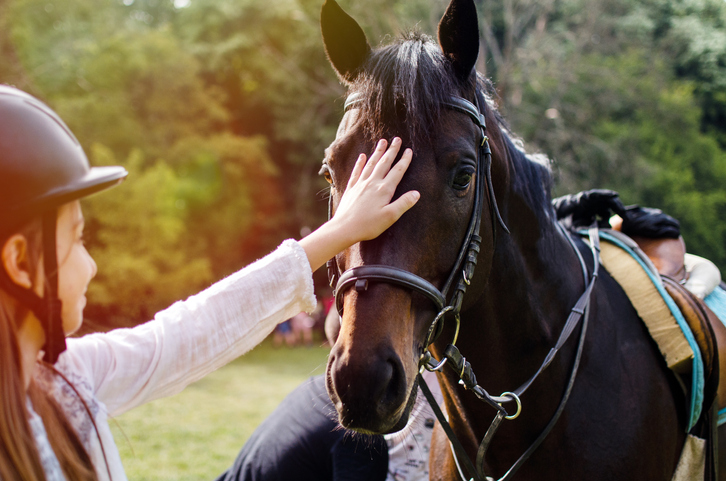 The National Governing Body for horse sports in the UK, British Equestrian was formed to help shape the direction of equestrianism.

Established in 1972, it serves the interests of three million riders, vaulters and carriage drivers in Great Britain, making it the largest representative body within the equestrian industry.

As a National Governing Body, British Equestrian coordinates policy in conjunction with the Federation Equestre Internationale. It is responsible for determining the British calendar of international events, disciplinary procedures and doping control, and manages the training of British international judges, stewards, vets and course designers.

British Equestrian receives funding from the UK government which it then distributes to the equestrian sports. Funding from UK Sport, Sport England and Sport Scotland enables British Equestrian to go about its work, from developing elite riders to encouraging complete beginners from all backgrounds to get involved in the sport.

HAPPA has been saving equine lives since 1937, with the association's founder, Mona Huskie, taking an incredible personal interest in the prevention of the exportation of live equines to the continent. She was joined by a group of like-minded individuals, working together to prevent the suffering of horses, ponies, donkeys and mules.

HAPPA also tried to give a future for abused, neglected and abandoned animals – something that continues to this day through “rescue, rehabilitation, rehoming and education”.

HAPPA’s Equine Inspectors typically investigate over 300 cases of cruelty and neglect annually, having been alerted to suffering animals by caring members of the public. Inspectors will first try to support and educate the relevant owners, offering guidance and assistance. If necessary, however, they will take enforcement action and take equines into their care to prevent further suffering.

Those rescued equines are given time to recover at Shores Hey Farm, Burnley where they receive all the treatment and care they need, before being put on a rehabilitation programme to bring them back to their best. In time, it will look to rehome the equines to suitable owners.

Remember if you’re adopting a horse who’s had a hard life, horse insurance can help cover the costs of vet fees.

Horses were once a vital part of everyday life, of course, pulling carts, ploughing fields, and even working on the railways and in coal mines.

That all changed in the 1950s when motorised vehicles became more readily available and affordable, which meant many horses were left without a purpose. Sadly, this meant many of them were sent to slaughter, which didn’t sit comfortable with many people.

One of those people was Mabel Cocksedge who, in 1953, arranged a public meeting to discuss the situation. Off the back of this meeting, The Friends of Bristol Horses Society was founded to rescue working horses from slaughter and give them a happy retirement.

In 1953, after reading an article about a rescued horse in their local paper, Marjorie Pelling and Madge Checkley joined the society, and they became the backbone of the charity for 45 years.

Rescued horses were homed on odd pieces of land owned by members and supporters – but this changed in the 1960s when the society acquired half of Staunton Manor Farm, Whitchurch. This allowed the charity to keep horses on site.

In 1978, after much fundraising, had enough funds to buy the neighbouring Keynes Farm and increased the land available to approximately 160 acres.

It was at the turn of the millennium in 2000 that the society was renamed HorseWorld – and to this day it continues to offer horses a home.

Horse racing is incredibly popular in the UK. According to Equine World UK, its history spans as far back as the 12th century, when knights from England brought Arab horses home when they returned from the Crusades.

With such an illustrious history, it is little surprise that so many equine enthusiasts want to become involved in the sport of horse racing. While spectating brings it fair share of thrills , there’s nothing quite like being a racehorse owner with the prospect of seeing your equine be first past the post.

Racehorse owners are crucial to the sport, contributing an emotional and financial investment that makes racing possible. The Racehorse Owners Club was created to make ownership more rewarding, providing a collective voice on behalf of owners when it is required.

In addition to some representation, members also enjoy front row seats at the action, hospitality and regular social events.

The group works with everyone from racecourses to jockeys to bookmakers with the aim of making a positive, progressive contribution to the future of racing and to improve the experience at every level.

The ROA now has more than 8,000 members, with numbers increasing off the back of the popularity of ownership syndicates. Supported by its partners who include Racecourse Association, the Jockey Club, Arena Racing Company and Scottish Racing, the ROA continues to go from strength to strength.

Established all the way back in 1893, the National Pony Society’s (NSP) mission is “to encourage the Breeding, Registration and Improvement of Riding Ponies and Mountain & Moorland ponies and to foster the Welfare of Ponies in general”.

Working alongside the British Horse Society, it is the official liaison between the Government and all those concerned with ponies.

The NPS puts on two major shows each year: The Spring Festival and the Summer Championships. 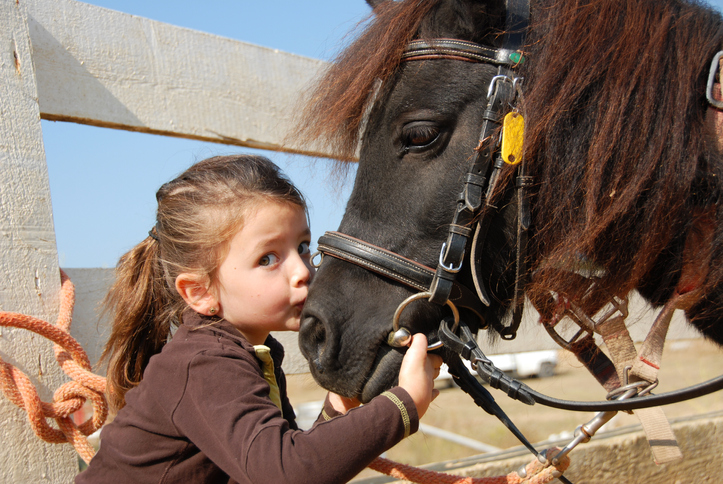 The Side Saddle Association

Horses have been ridden side saddle for hundreds of years, with it long considered the only way for a lady to ride  'properly' on horseback. However, ladies were not alone in practising the technique as grooms rode side saddle to train and keep their ladies' horses fit.

A friendly and inclusive group, its members are given the opportunity to ride a range of horses and ponies and take part in a wide variety of disciplines from showing to arena eventing and team chasing.

The Side Saddle Association is always looking for new members, insisting that “side saddle is a sport for all”, and that it is never too late to learn the art.

“Whether you ride on your own horse/pony or one that is hired or borrowed you will feel elegant, poised and special,” it says. With most horses and ponies taking very well to side saddle, this adds to its accessibility.

Formed in 1949, the British Show Pony Society oversees affiliated show pony, show hunter pony and working hunter pony competitions around the UK. It offers a number of yearly scholarships to help young riders develop their skills, alongside a series of recognition awards.

The Society was created due to the increasing popularity of children's riding pony classes – the National Pony Society Council felt that a separate organisation was required to take full responsibility for the protection and improvement of children’s pony riding by promoting classes and competitions.

BSPS championship shows are open to members only, with adult, junior, showing and non-showing memberships available.

As you might expect, the primary objective of the association is to improve the standard of show hacks, cobs, maxi cobs, riding horses and hunters and encourage their breeding.

The association also orchestrates an examination and probationary scheme for new judges, and has a panel of qualified judges, as well as holding a register of members and their equines.

Members can benefit from free clinics with the judges and instructors. Plus there’s a classified section for horses, tack, horseboxes and more.

Horse associations play such an important role in protecting equines and their owners – but you should do everything you can to protect yourself too.

As per the Animals Act, you can be directly liable for any injury or damage caused by your horse, so it’s crucial that you have adequate horse insurance in place.

As rewarding as owning an equine is, there’s no getting away from the fact that horse ownership doesn’t come cheap, and with equine husbandry costs rising, insuring your investment makes good financial sense.

When considering which horse insurance policy to buy, it’s important to know what your priorities are so that you end up with the most economic and comprehensive cover.

At Equesure, our job is to help you protect your investment by arranging horse insurance to match your unique requirements.

Whether you’re planning on riding your horse for fun, or taking them to compete in events and competitions around the country, make sure you tell the Equesure team so they can help find you the right level of cover for your needs.

Horse insurance features and benefits can include:

So, whether you are keen to get involved in horse racing or other equine events, or simply want to make sure your animal is protected, get a quote from Equesure today.

Policy benefits, features and discounts offered may very between insurance schemes or cover selected and are subject to underwriting criteria. Information contained within this article is accurate at the time of publishing but may be subject to change.