So what did we get up to recently? Well all the preparation and leg pain were finally put to the test as the old gal and I ventured out for our first dressage test! The weather was not on our side, well more like completely against us-full on bales ensued as we embarked in the horsebox on our journey.

On arrival I went into ‘operation keep Autumn clean’ mode as there were puddles and mud everywhere Argh! I ended up keeping her travel boots on all the way down to the arena as no matter what I was determined those legs were staying white! The winds were that bad they were blowing down jump stands in the arena and not to mention the dressage arena markers too! Luckily though Autumn was more spooked by the banners flapping at the other side of the arena. The bell soon sounded and off we went into the arena, with a large spook at a flower pot before we crossed the threshold (luckily). The positives- I remembered the test (yay although how on earth do people remember more than one test and compete in them one after the other?! Hats off to you!), we received no errors/penalties, and I managed to stay aboard the ginger princess keeping her within the boards (the gaps between them looked like an exit to her). The negatives - the wind knocking me about causing imbalance and affecting my concentration at times -almost making me forget one of the movements, Autumn deciding she was tired fighting the wind and her energetic trot was somewhat subdued, and me getting numb legs/hands! Aside from some unbalanced riding, the horrendous winds and a couple of attempted bail outs we still managed a second place! A lot to improve on but as it was our first time I still think we did well especially with the conditions it was in. It was a start and we did it! Now just more practice and learning a few more tests before we are out again! I may even try and get the other equine on board with this dressage work!

One thing I was very pleased with was how clean I got Autumns legs. I washed her the night before scrubbing those legs till they gleamed, and added whitener spray just in case! Her legs looked great and even last winter I would never have thought it, as she has always suffered with mud fever in the winter. Thanks to this trial with Equilibrium though, it seems like a thing of the past! I honestly never thought the close contact chaps would work but this is the first winter in the 13yrs of owning her that she has never had mud fever! Not 1 bit despite the heavy rains and boggy fields, her legs remained clean and scab free. I put a small bit of pig/vegetable oil across the bottom of her heels too as you can't stop the mud there, and that's worked fab too. It has been so nice to see her happy and no issues this winter, especially after trying for years with supplements, washes, lotions and creams! They are definitely worth a try to keep your horse legs healthy! #healthyhorses #byebyemudfever

Bobs got some training coming up before another outing so let's see how the hyper stallion wannabe gets on in his next jumping session ;) 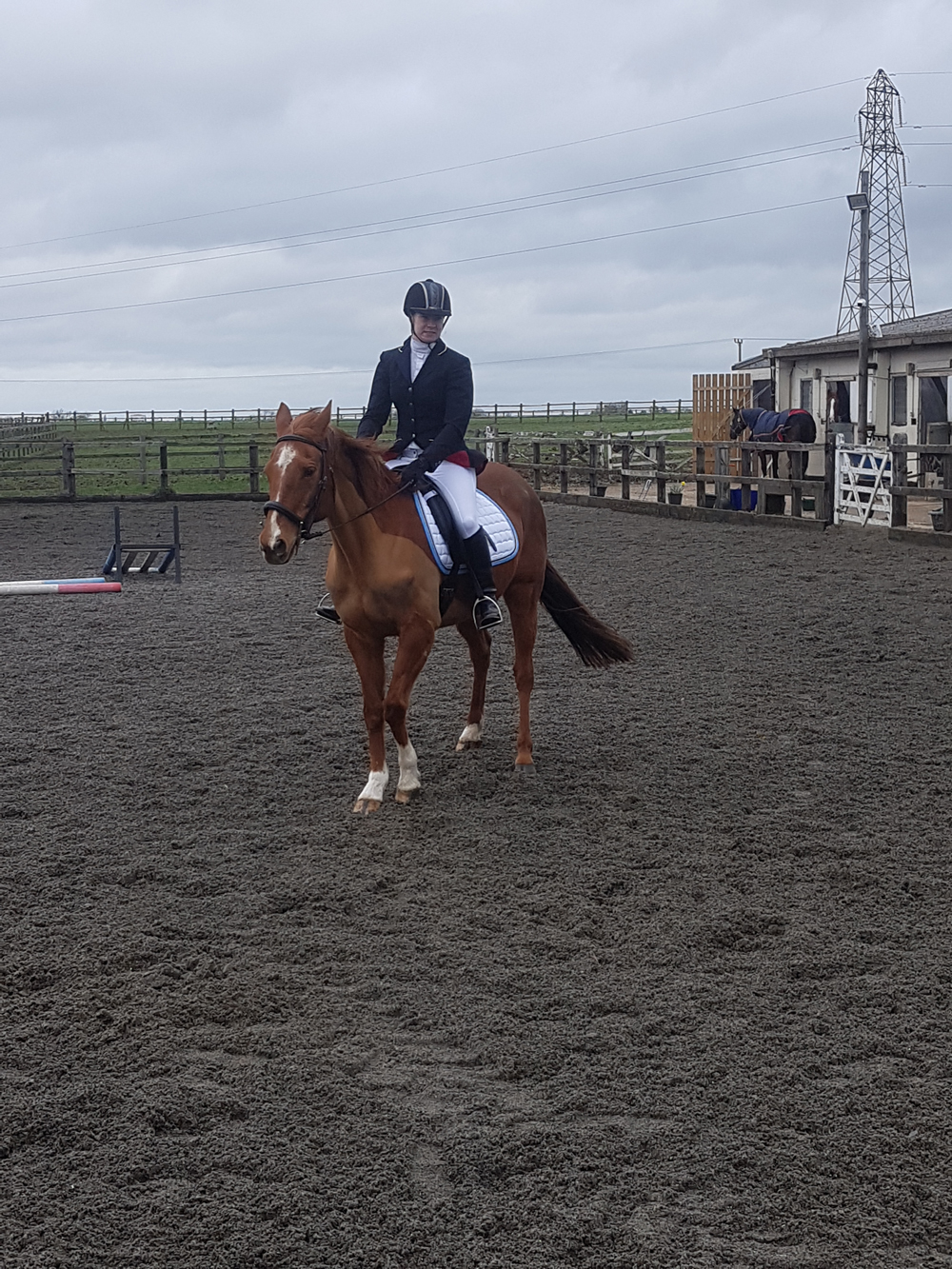