Paula's Blog - A change for the better?

It can’t be just me that has loved the recent weather can it? The pleasure of being able to walk across a field without sinking, slipping or getting stuck in a bog has been bliss! I definitely don’t want to jinx it but what a difference it has made! Not to mention some of the cracking sunrises/sunsets we get to see?

The other section of the winter paddock is even starting to grow and look green again (which is a huge relief as we still have while left yet before using the spring/summer paddocks). 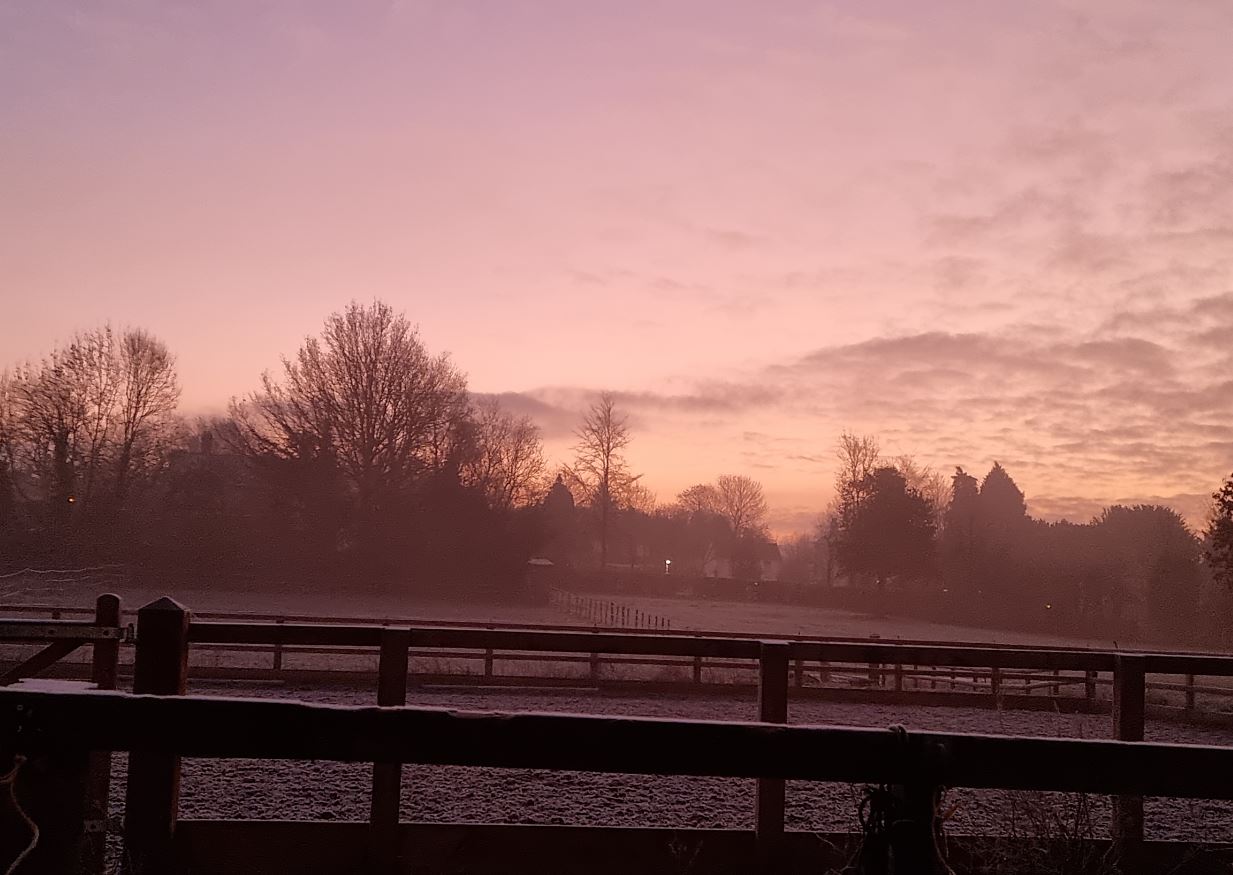 Bob has been on his readi grass for a good few weeks and I have noticed a positive change in his behaviour, although he is still forward (he always will be) he is not as sharp or spooky. I put a jump up in one of our schooling sessions to pop over a few times, but just as we were getting ready to start the mares had a huge spook as a rambler had appeared from behind a hedge on the footpath – they decided to gallop up and down at full speed several times with tails in the air snorting – Bob on the other hand turned round to look at them to see what was going on, then watched the walker – that was it! He paid no attention to their spooking or galloping and when asked to, continued with his work, a little tense but compared to the way he would have behaved a couple of weeks back I was amazed (not to mention relived I hadn’t been catapulted into the floor). I have jumped him several times since and each time he has been great so fingers crossed we are on the right track for him. I had never thought to put him on that type of feed so I’m glad my instructor recommended it, as luckily she too has a bit of a hot headed ISH so its good to be able to talk scenarios to someone who understands Bob. 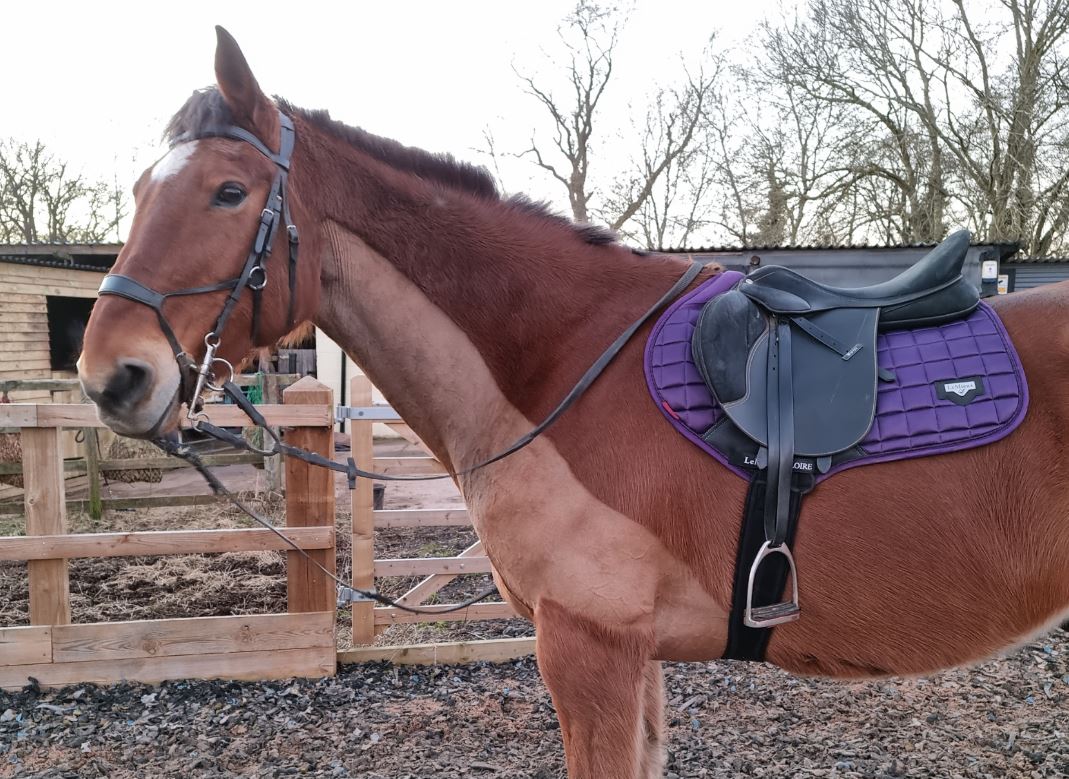 Autumn’s been a bit of a terror recently – we were a whole 20 minutes later one evening as we had to go to a further away feed store for some feed and upon arriving she decided she would throw the biggest hissy fit possible. She wanted in for her dinner but would she let me catch her – nope! She also decided to involve the others and get them pelting round the field with her. Bob fell over twice, each time making my heart stop but then galloping off again, and Autumn almost went down as well but it didn’t stop her - I’ve never seen any of them move so fast. Luckily we eventually caught them all one by one and got them to the yard, Bob was a bit sore but no lasting injuries, Aria was fine and Autumn – well she had drenched herself and her rug to the point you could have mistook her as being grey. They were all given a time to calm down before any food was given, a stressful time but I’m happy they are all okay and at least they got a good load of cardio work done lol! 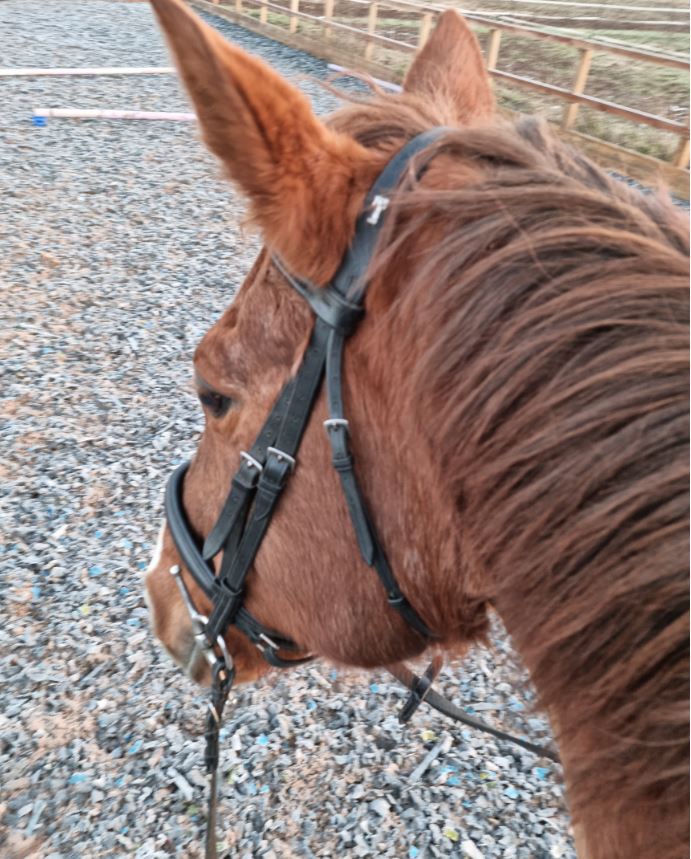 Aria shocked me the other week as it was worming time and I had done Bob & Autumn with minimal issues, and Aria well – I used the easy bit I had bought but being too fast I squirted the wormer in but mustn’t have had properly inserted it as it didn’t go up the tube – argh! Luckily I was able to scoop it several times onto the syringe and each time open Aria’s mouth/lips and pop it in – with no protest or loss of fingers! Maybe she is finally getting used to it and won’t need the bit much going forward (although I will keep it just incase as I’m not tempting fate).

I’m loving these lighter evenings now and have even managed a couple of full rides without the lights needing to be on. We have a lot more training to do but I’m already starting to plan the shows, I think the first will be one of the small local ones – just showing classes but a good way to get the horses re accustomed to the atmosphere as it shouldn’t be too busy and bow their minds!