Paula's Blog - A spurt of growth and extra energy

Well since my last update the weather has changed and it has rained every single day! The fields look great with all the grass seed growing well and the mud patches receding significantly! I am being cautious though as with all the new growth comes the sugar and oh boy does Bob let me know about it! 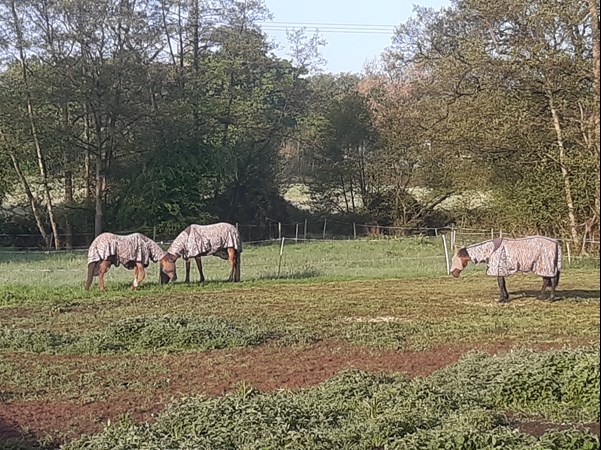 I've changed his feed slightly to a molasses free chop that is also low energy as at the moment he certainly does not require additional fuel! Its always difficult around this time of year as to what feed to have the horses on, luckily they all seem to hold or lose weight similarly so I can normally have them on a shared feed (with additions where needed). I'm reducing their feed ever so slightly with the increase in grass as I do worry about them gaining weight too quickly but I’m also still putting hay out as although the grass is there, last year when bob had colic from gorging grass the vet advised putting hay out so they could eat this and not just fill up on grass, and it has definitely worked. The downside to all this rain though is that they are still living in, the fields are becoming boggy and I don't want to ruin the grazing, it wouldn’t be so bad if it was minimal showers but we seem to have torrential downpours on a daily basis at the moment – very odd, so looks like another week or two before they venture to 24/7 turnout. 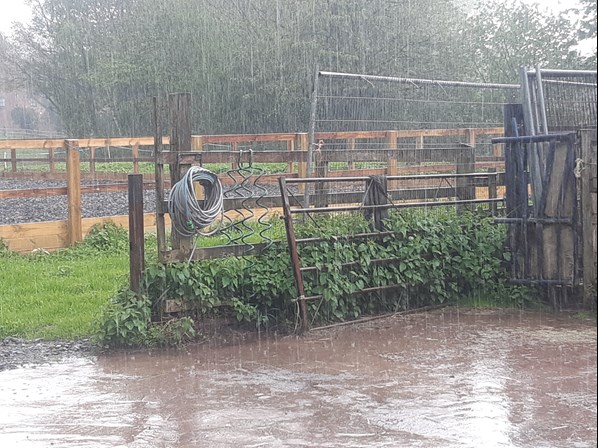 I am glad they have been in the past few days as the midges seem to be back in force – I brought them in the other evening after leaving them out without fly rugs on as we hadn't seen many flies – but as I got them in Autumn and Aria had big lumps all down their throat and chest, Bob had them inside his back legs, and Autumn (I presume running from the flies) has also managed to cut the top of her hip open. They are now all turned out caked in creams and sprays plus their rugs again. Luckily the lumps all went down by the following morning but I felt awful seeing them so sore after the midge attacks and I know how sore they can be as I got bitten twice yesterday as well ouch! 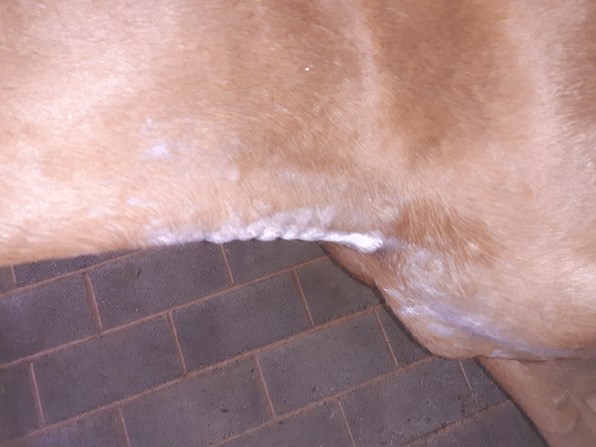 I was planning on taking Autumn out to a qualifier last weekend but she had managed to pull something in the field at the start of that week and just wasn’t quite right, so we abandoned it which was frustrating as it was the last one I could find in the area and I was desperate to get out again, but I would rather her be happy and sound. I wont lie though I did actually feel a bit anxious about the show especially with it being a qualifier as its been almost a year since ive properly competed! 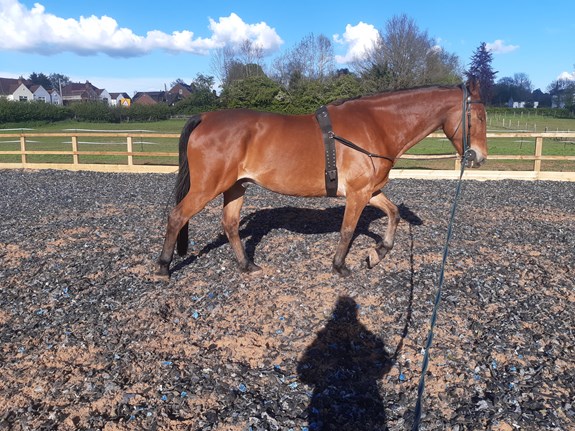 Time to dig out the brave pants and get on with it. To help my nerves and reduce pressure on myself I’m now planning on the local riding club show up the road to start with to have some fun, we will do a round or two of jumping and hopefully a showing class (if her cut has healed in time). I'm even going to plait her up! For some that’s any easy task but I have not got much experience or skill at it so please wish me luck! I'm also planning on getting Bob out to another Riding club show to do some dressage – we practised out square halts the other evening which he was good at for a time, but as you will see in the pic he does like to go rogue on occasion 🤣 My partner said well his legs are still in line 🤦‍♀️ Lets hope if he does that in the competition the judge takes pity and thinks the same haha!