It’s almost that time of year when it really begins to feel festive! We finally got our tree and decorations up at home (and decorated the dogs much to their dismay) but due to the wet weather have abandoned the idea of the yard as the horses have been in for almost three weeks (with only a couple of days out), so I’m sure they would have taken a liking to tinsel etc – as they have made it their mission to now to be destructive – starting with mauling all the plants in the wooden car and boat when let out to stretch their legs (obviously the spook tactic has worked as they are not scared of either of them in the slightest)! 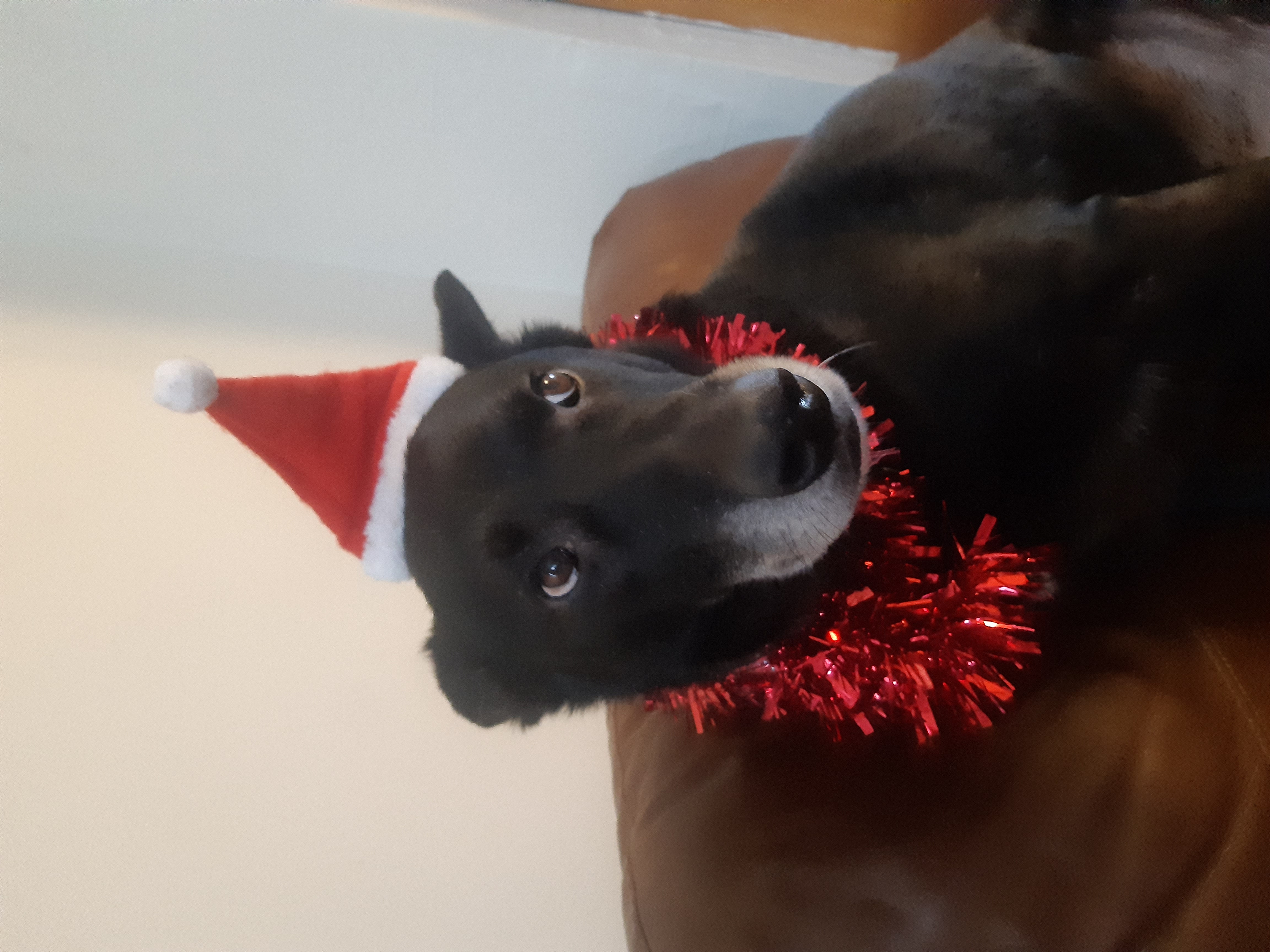 I had a not so nice present from Bob last week following on from Autumn knocking me over previously (are they trying to outdo one another?). On one of the days they were allowed out, just as I was finishing up I decided to get some more hay and put out additional piles in the field. As I went in Bob came trotting over all happy and shoved his head in the bag as usual to get the hay, he then proceeded to try and block me walking forward whilst still eating out of the bag. I pulled the bag away and in an instant he had a huge hissy fit – squealed, leapt then kicked out with his back legs – catching my left hand at close contact! I’m not one for having a low pain threshold or thinking I’m injured so my first instinct was ouch that’s going to bruise, then continued to put the hay out (telling him he was a ‘few choice words’ for doing it) however, within a minute I felt it start to hurt and looked down – there was a huge growing lump on the back of my hand! This panicked me more than the pain, but as the minutes went by it got worse – luckily my partner had come up that morning so he was driving and got me home. A bag of iced peas then holding my hand in a sink of ice cold water for half an hour plus painkillers was the next part of my morning followed by a day of typing one handed (luckily working from home). I had a lot of shooting pains from my wrist to my elbow and I thought he could have torn something with the strength of the kick. Luckily throughout the day the lump went down slightly and I got a bit of movement in my fingers with the pain reducing – by the next morning the swelling was 90% down – luckily nothing was broken and I was back in the saddle two days later (on Autumn mind as I wasn’t wanting to tempt fate with the big dummy just yet)! The bruise came out a week later – a faint yellow across the majority of the back of my hand but has now gone, I am just so grateful it was my hand and not my head he caught! We have to be so careful especially after the horses have been in for a few days even when they seem calm in the fields - we need to keep our guards up and hats on! 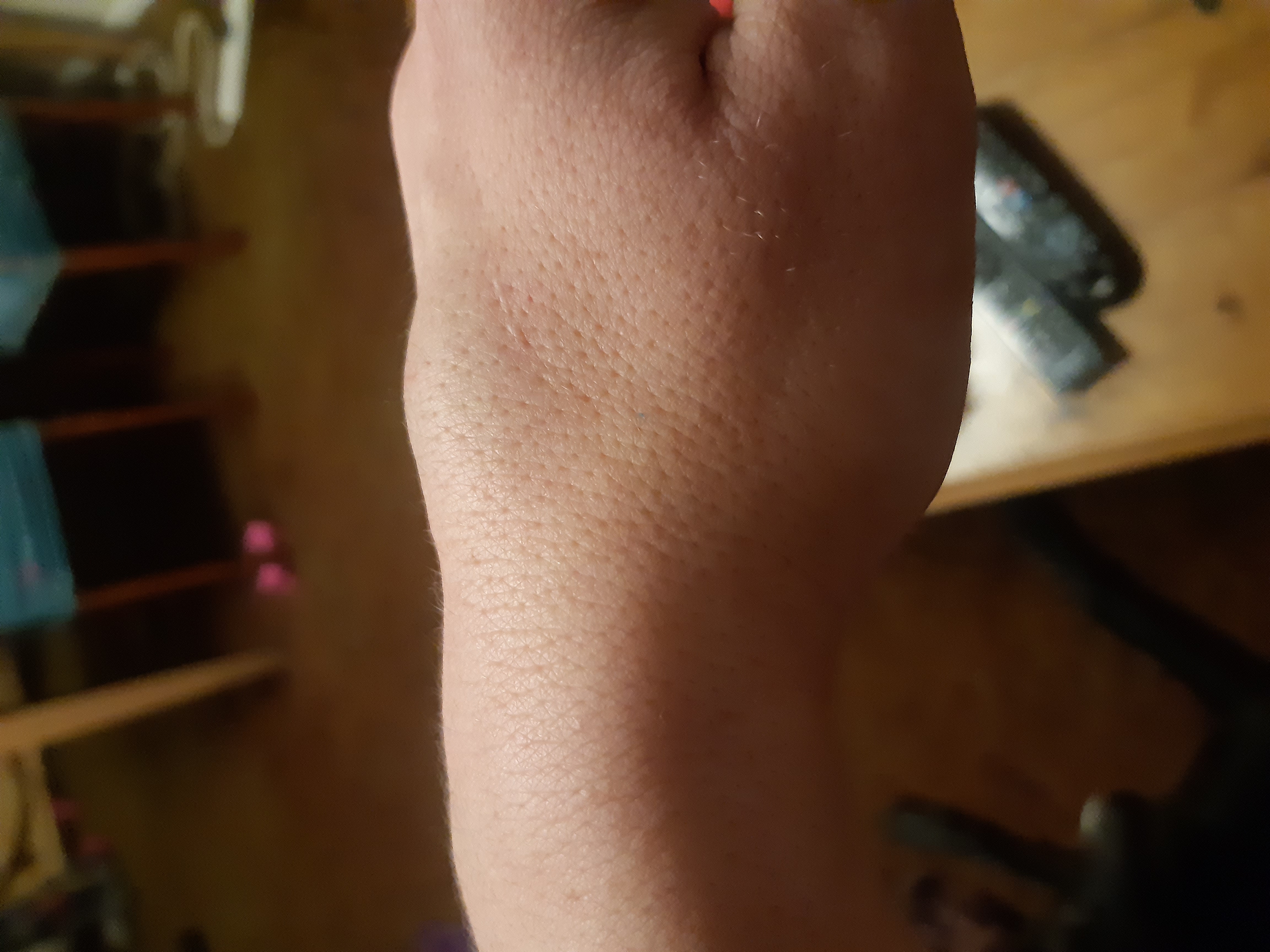 Autumn’s been a bit of a wild one – when being lunged after being in, she had a mad five minutes in the arena making me dizzy as I tried to stop the blur that was her whizzing round me full pelt, she’s also done similar when let out on the yard so the nice grass area by the arena now resembles a ploughed field! She isn’t a horse that likes to be stabled unless it is full storm weather.

Aria has now got used to her stable and loves it, when mucking out she patiently waits outside until she can go back in which I’m relieved about as I would have been very upset had she hated it! 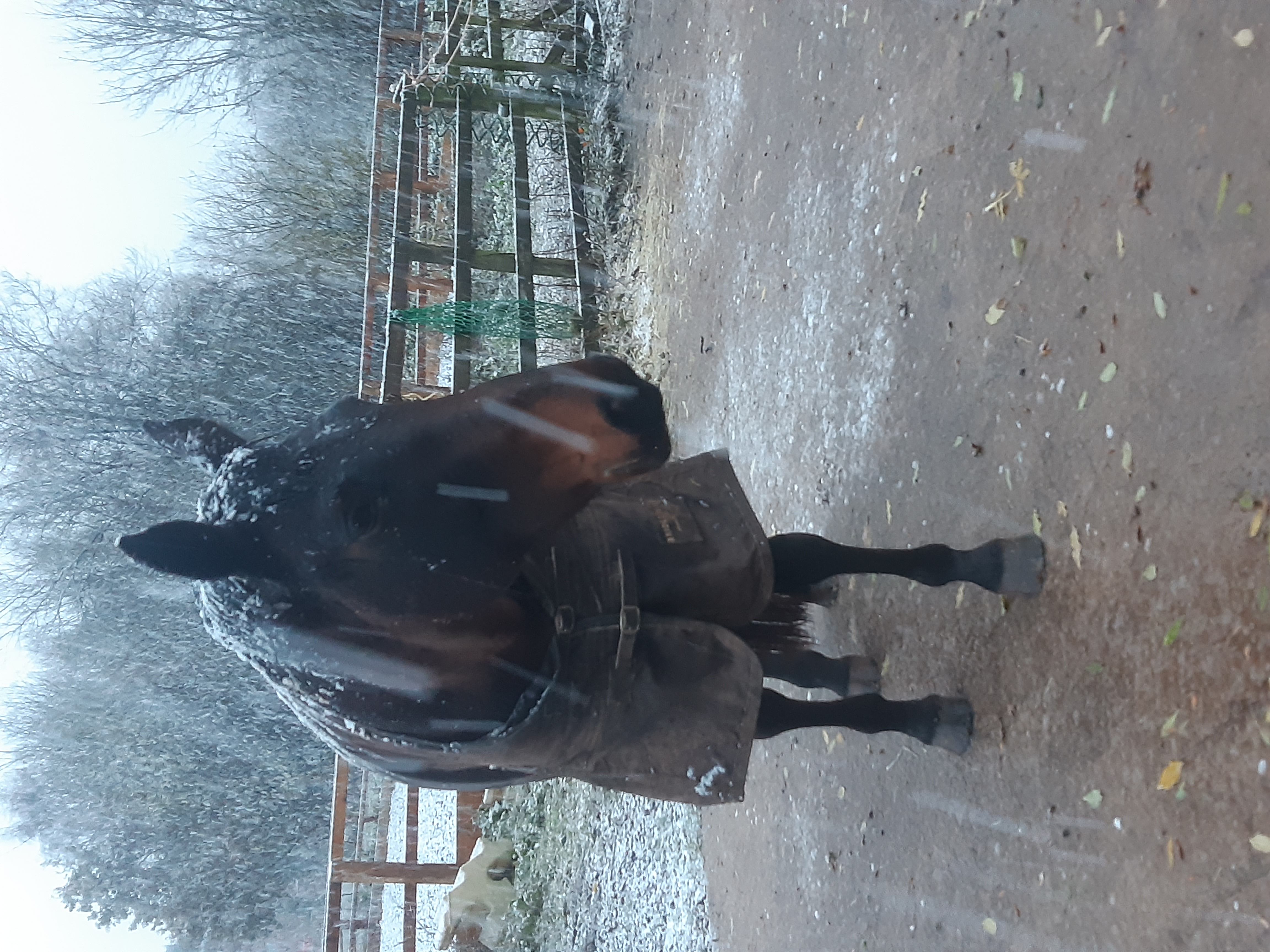 Bob has redeemed himself from injuring me – we had our first lesson in absolutely ages – unfortunately there was gun dog training happening in the field next to the yard at the same time so lots of whistles, barking and shouting! Initially tense, we decided not to jump for this lesson and just do pole work, five poles were put out and we alternated walk and trot over different ones, circles over some not others, then progressed to trotting all of them and circling on all of them, then mixing it up again with two poles trotted then a circle. This really got his focus and the tension disappeared replaced by soft contact and no rushing – he really behaved himself. These types of exercises are perfect when you need to get your horse concentrating on you and not what’s going on around them. Such simple ideas but they give such good results!

I haven’t yet bought the horses any presents (aside from the bits from Your Horse Live) – although they are getting yet Another big hay delivery this week (but we don’t count that)! I think Bob needs a new hay net or two as he’s managed to chew big holes in his, Aria will be getting a likit toy or similar and Autumn – I’m not quite sure what the spoilt princess will get just yet – I will let the tack shop ‘tell me’ when I go to it lol!! What’s everyone getting their neddies for Christmas?

Wishing you all a very safe and Merry Christmas and Great New year!