It was a bit of an eventful couple of weeks recently.

We’ve had good news finally that we have been waiting on and I have been going grey over – the planning committee has approved the arena yipee!!

To say I’m excited is an understatement, I cant wait to have it built so we can do proper schooling and jumping. Unfortunately due to the covid 19 situation, the contractor we have building it is struggling for supplies so we are looking at the end of September as the start date (don’t think I will have ever wished the summer to go by so quick!).

We’ve started work on the stable roofing and one section is done with the rest to be completed this week, alongside clearing the 8ft high nettles so we have more hardstanding, it’s amazing what you can uncover when clearing years of weeds (and so satisfying to see the result). I did get stung (repeatedly!) whilst doing this, so much so, I thought I should start to become immune at this rate! I also didn’t realise the temperature (weatherman stated 16c and clouds) – I came home looking like a lobster oops – so lots of after sun will be bought ☹ Anyone else been doing any yard DIY? 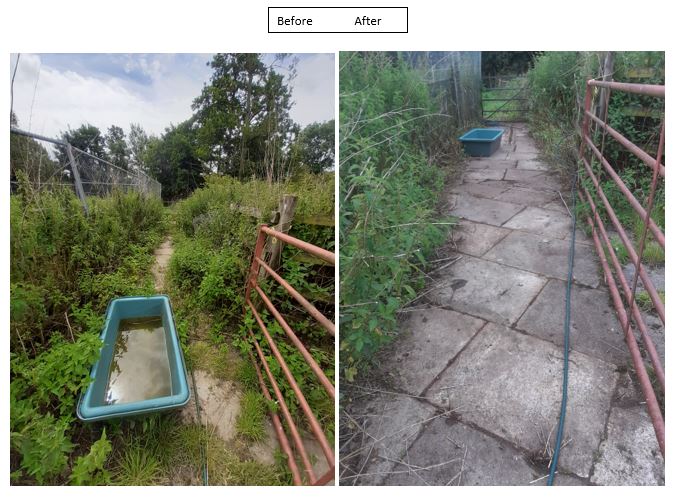 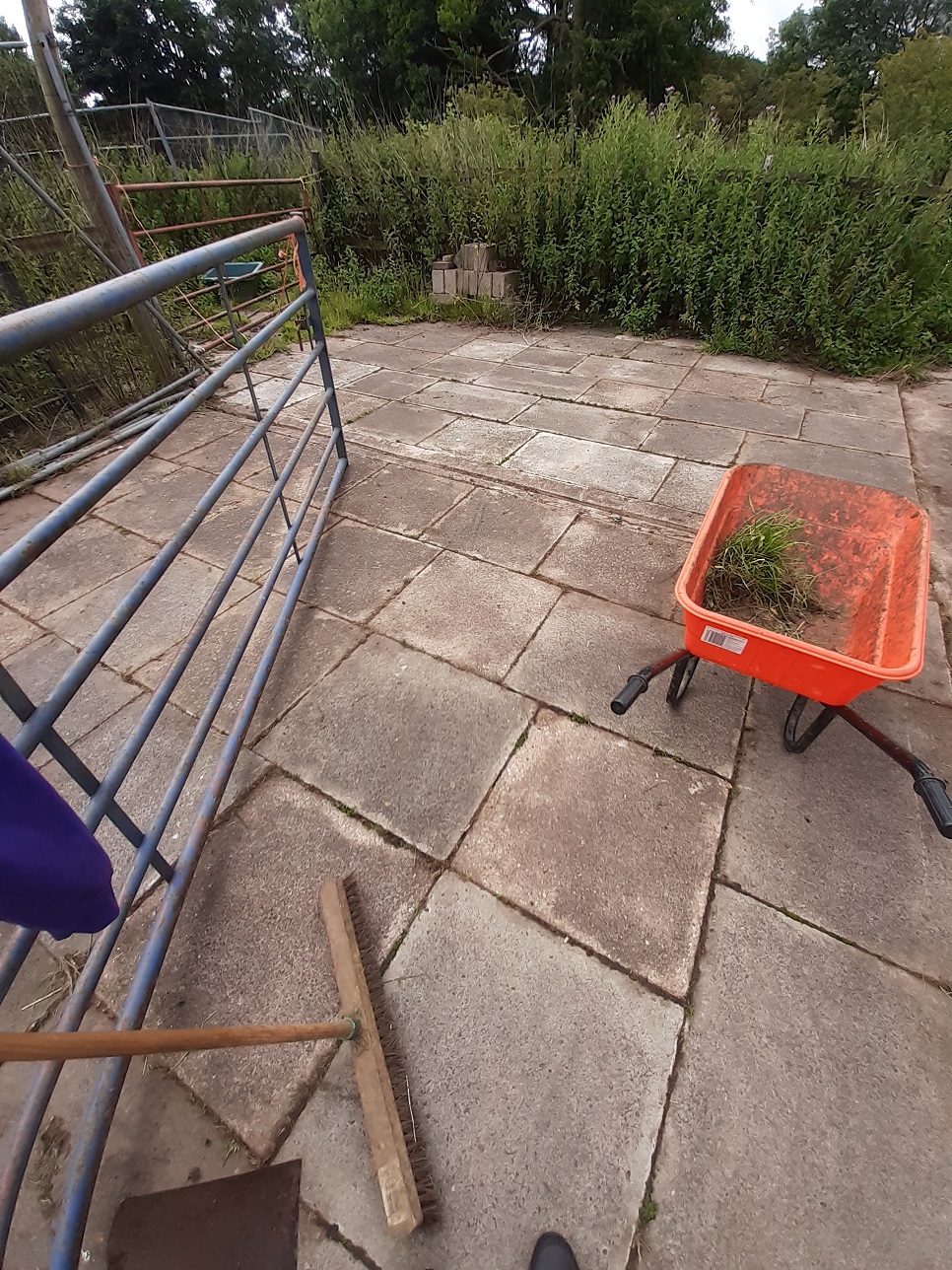 We also had an unexpected guest turn up one morning mid-week. I had stayed at the yard a bit longer to lunge Bob before work and was just clearing the field when I heard a horse calling. Thought nothing of it as there are yards nearby….until I heard thundering hooves and seen a piebald blur shoot up the road - eek! Luckily, Bobs head collar was to hand so I grabbed it, hopped our fence and ran down the road looking for the pony. Fortunately, it ran back down to our yard entrance and myself and a kind lady, who had stopped, cornered it so I could get a head collar on.

I was shocked at the cars/lorries on the road though as they didn’t slow or seem bothered by a pony darting up and down the main road ☹ I’m so relieved there were no accidents, as a lot of people unfortunately speed along the road despite the 30mph limit! I got her safely into our drive and checked her over to make sure she wasn’t injured, she was a very sweet little mare who stood beautifully.

The lady who helped asked a few people she knew locally but no one knew the owner. I got my partner to come up (much to his dismay, as it was early) and decided to call the police to see what to do; they were excellent and drove round all the local fields/yards to locate an owner whilst I tried the power of Facebook. Happily, both located the owner and she came to collect her. She was so happy she had been caught and was safe, and it turns out the pony ducked under a fence and across a pond to get out – they are such escape artists. I was so relieved to reunite her with her owner, as the thought of that happening to one of mine makes my stomach churn!

I always check my fencing and gates but have recently been doing it a bit more after that event as that would be one of my nightmares – you can never be too careful so routine checks are a definite must!

I’m still on a mission to help Bob fight the flies, I’m sure everyone’s in the same boat, but nothing I seem to buy is working ☹. I ordered 2 different types of fly spray which turned up, applied one and it worked for all of 3 minutes, tried the other later that day and a fly sat on the container so obviously wasn’t bothered grrrr!

Poor Bob is getting very panicky and stressed over them despite rugs, masks, and spray/gel. He panicked so much the other day I couldn’t catch him as he flat out galloped round the field bucking in the hot temperatures until he had sweat pouring off him ☹.

I’ve bought him a new fly mask too but he is very funny about his ears so half the time pulls it off (yet the flies attack his ears which he hates so I can’t win)! I’m moving them to a different field so hoping that may help in the short term, but I think the flies are just becoming immune to whatever we try………the search continues but I won’t give up 😊 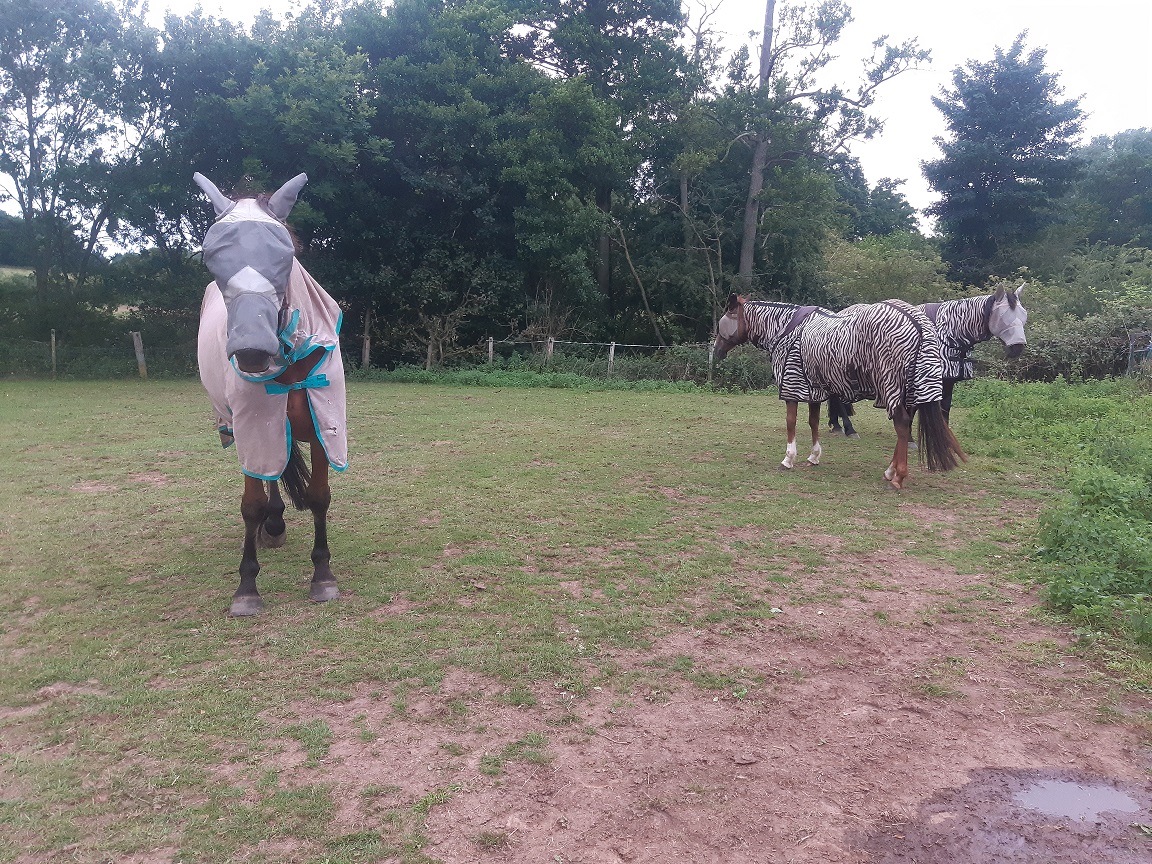 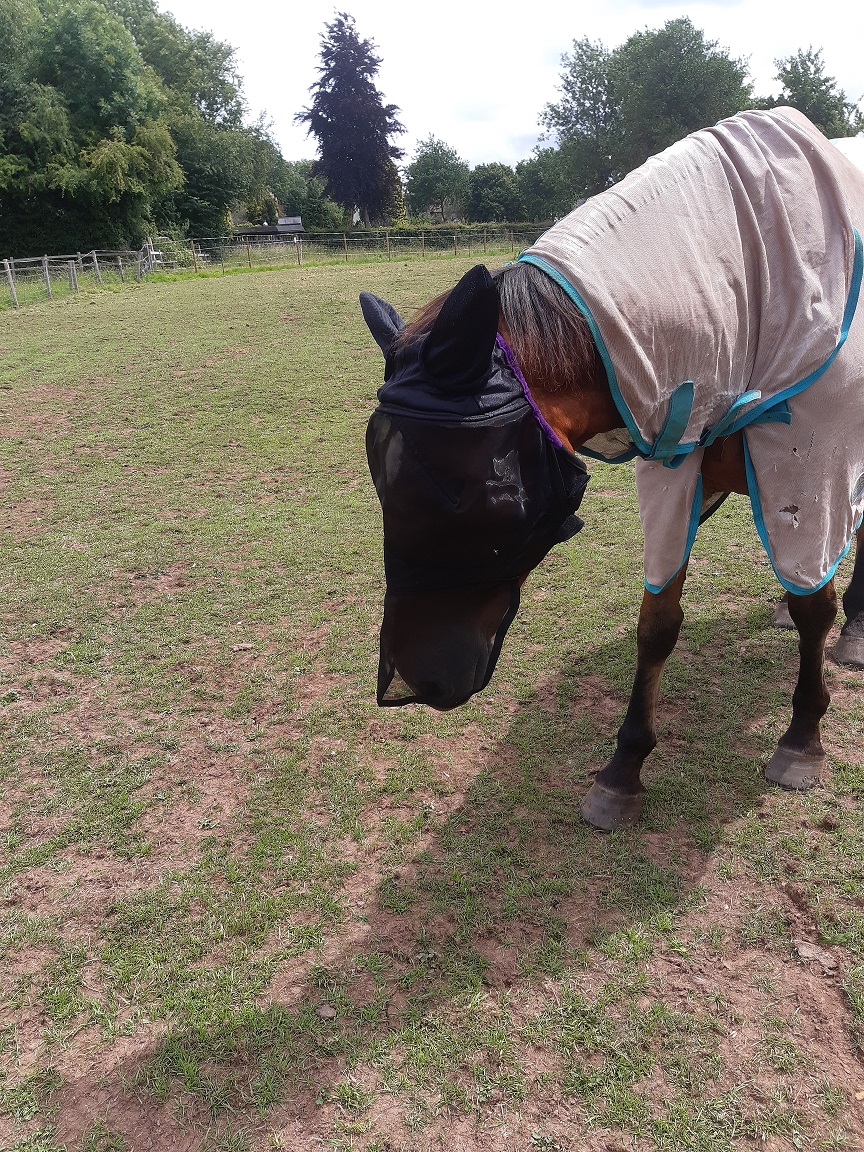