Autumn and I had a great time at the riding club fitness clinic the other weekend, we were very lucky too as although it was warm it wasn’t too bad (got hotter later in the day). Autumn was brilliantly behaved and my fear of taking her from the yard and the other two freaking out (as it was our first outing) was put to rest as despite a few calls from Aria they both tottered off to munch some grass before we left. My group consisted of myself and two others so was easy for social distancing.

Autumn was eager to go and had a really good walk going followed by a very enthusiastic trot and speedy canter 😊 she did the trotting poles brilliantly never putting a hoof wrong even when asked to go over them diagonally (pics courtesy of Hartshill Riding Club). It was also fun to do a bit of bending poles later, followed by a ‘clockwork’ canter work out (where by on the second exercise the rider made a complicate navigational mess up! However, luckily we were able to redo from the start. We were both a little out of puff at the end so showed we had a great work out (and need to improve fitness).

A few new exercises learnt to try at home, and a fun time during the session as we really enjoyed it and will definitely do it again. Was lovely to meet some of the committee and riders form the club too as we haven’t had a chance to meet many people since we moved as well as being great to finally get out!

I’m also now doing their pleasure ride at the end of August with the nice lady whose pony I caught running up the road a month ago, she goes to their events and seen that I wanted to attend the ride on Facebook so it’s going to be lovely to have others to ride with.

Aria has her 4 week check-up this week to assess how she’s developed from doing the physio exercises 4-5 times each week. I have had to reduce two of the sessions this week purely due to the heat, as it wouldn’t have been fair on her to do it all, so I halved the work, which meant she still did some walking, and her stretches so didn’t miss out. I will be interested to see if there is a change in how she has gotten on as I think she looks a bit stronger and is definitely fitter (as am I with all the in hand walking…..although I do need to restrain myself with the biscuits in order to see the benefits of the extra exercise! Lol!)

My partner and I have been working our socks off the last few weeks doing the stable doors and frames after work, sometimes working up until 9pm! He’s been sanding and I’ve been painting as we want them completed asap so we can get on with the next job and also have them ready for my birthday as we are having our first ever bbq at the yard with some of my family.

The doors are a bit bright (although the pic doesn’t show how bright as they are in the shade) but it was his Nan’s favourite colour so we are happy to have it up there so he can remember her when he looks at it. We have also got the sign to finally go up that remembers my dad and my first pony Merlin so they too are ‘up there’ as well 😊 alongside a few other finishing touches such as horse shoes and maybe a horse stencil picture on the door (if my partner agrees!). It feels good to be doing all this DIY as its making the yard feel more like ours as we put our on touches on it.

Next job is the inside of the stables pulling out and refitting the dreaded rubber matting! The last yard we were at had odd shaped stables so the rubber matting was a bit like a jigsaw puzzle, let’s hope we can rearrange this lot a bit easier and hope it’s not a hot day that day eek!

Stay safe all and enjoy the nice weather 😊 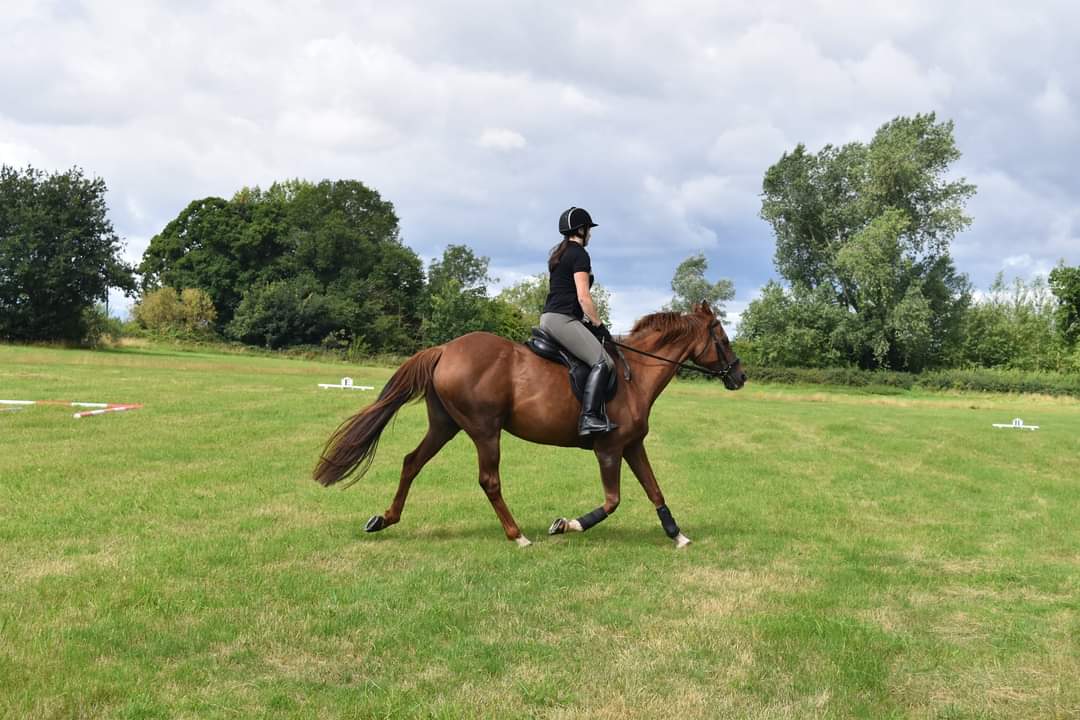 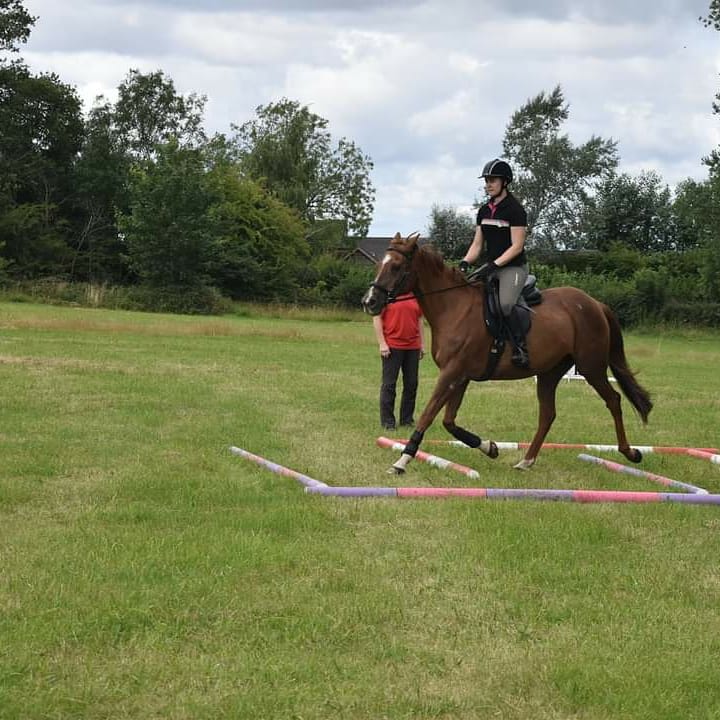 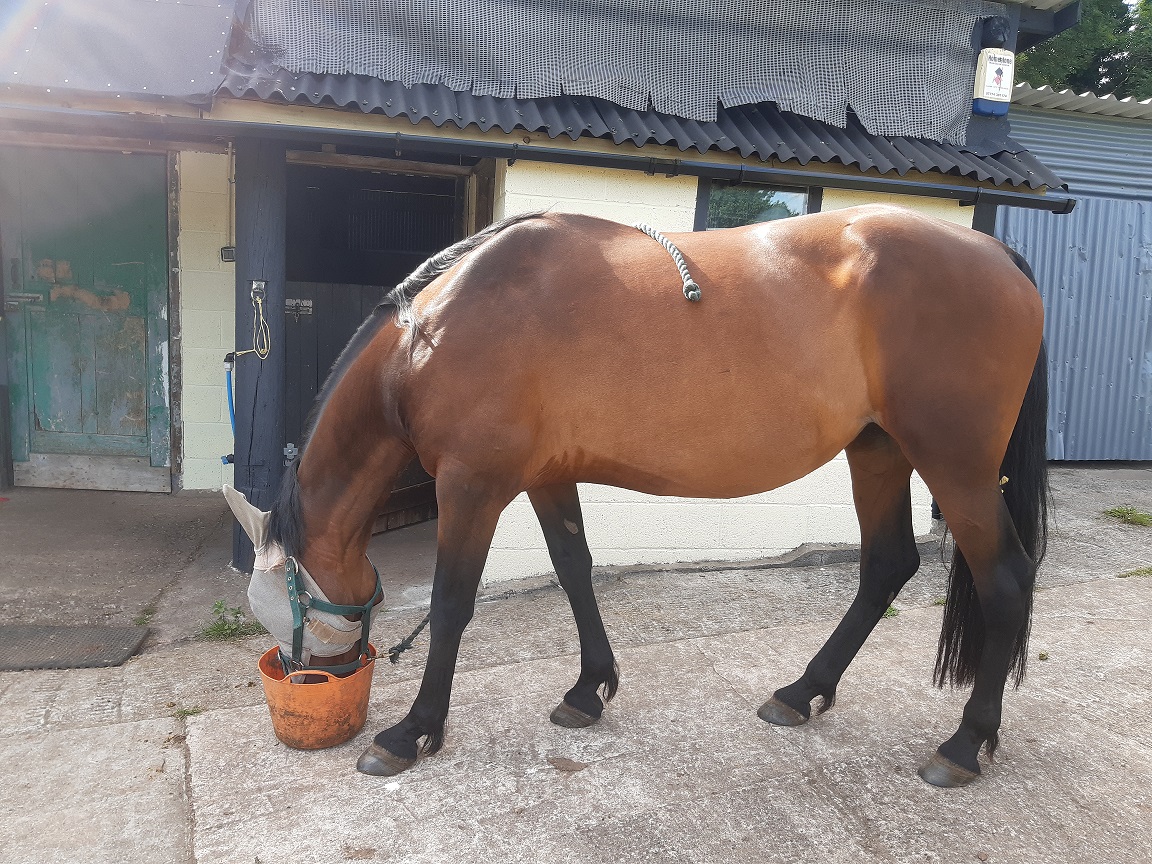 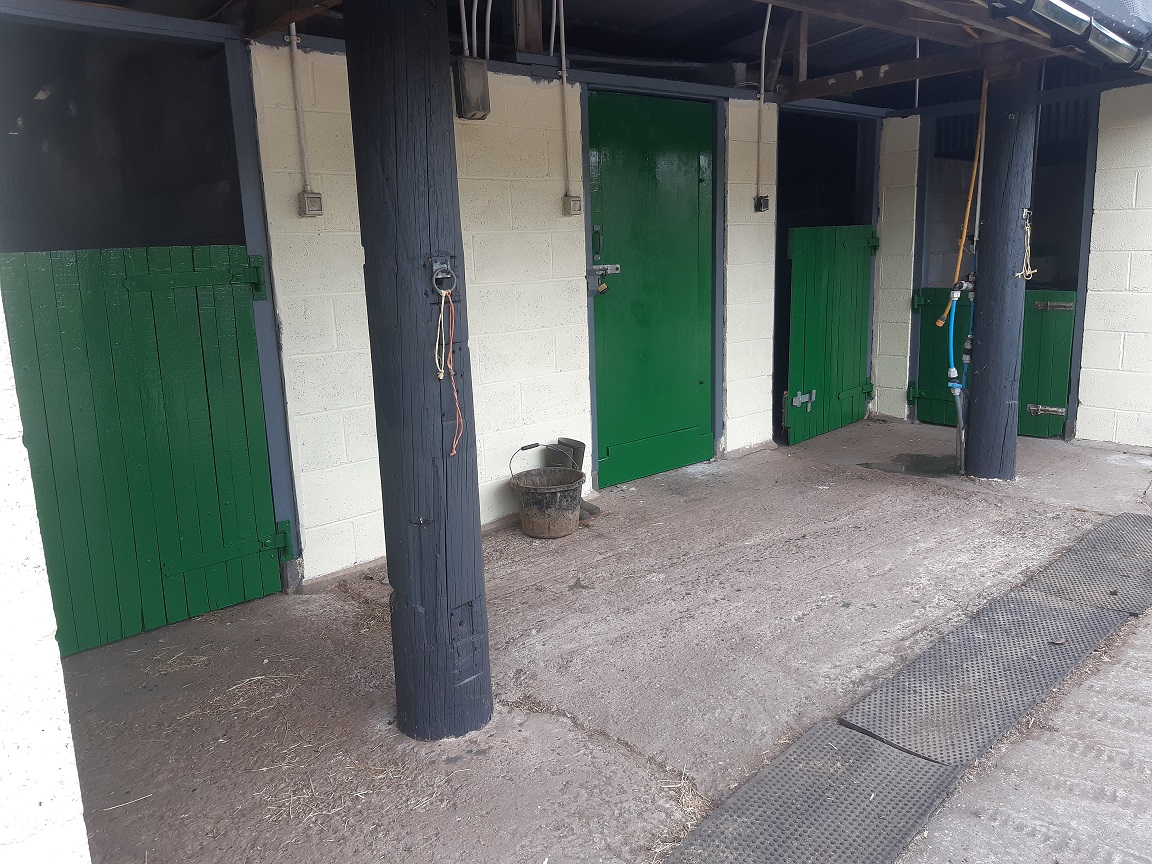