The weathers been a bit on the confusing side recently, but I have to say I was relieved with the rain as it kept the flies at bay and gave Bob some relief. He is still getting plagued yet the mares don’t seem as bad? Very odd, unless it’s just he has a weaker resilience to them (he is a big wimp after all).

We have completed the stables roof yay! Despite my partner initially saying he would do it solo, I found each day I was required to assist in some way whether it be holding bits in place or hitting some nails in. It looks so much better now and the rain really gave it a good test (which I’m pleased to say it passed – phew!). We just have the remainder of the guttering to get up (we didn’t buy enough clips doh!) then it will be on to the next task of sanding the doors, painting them and the stable walls.

When not helping with the roofing, I’ve been tackling the thistles which have shot up out of nowhere – some are nearly as tall as me already! The horses do like eating them luckily but I am shocked at how many have appeared, so currently strimming them to prevent any seeding – boy do they hurt when walking through them though 😣. We are slowly getting there, but as there is just the two of us doing it, it’s taking a while and we’re slowly ticking things off the list. If nothing else, we are gaining more DIY skills we never knew we could!

We had a nice social distance visit from one of my previous stable pals who wanted to come and see the yard, which was lovely. I really enjoyed showing her and her partner round, discussing what we have done, our plans etc. as since we have moved we haven’t really had any visitors due to lockdown so it was nice to have someone there in person! Her partner is very good with trees and identified that we have three cherry trees, and a hazelnut tree, which I’m excited about in our woodland area.

I love cherries….only problem is so do the birds! We had many ripe looking cherries just out of reach so planned to collect some in a couple of days. Well after the first dry day, we went to take a look and the whole lot were gone! We think the birds must have raided it as the cherries were well out of reach of the horses (and they had been stabled due to the heavy rain) – next year its game on so we can get some more of the cherries as the few we had were very nice haha! 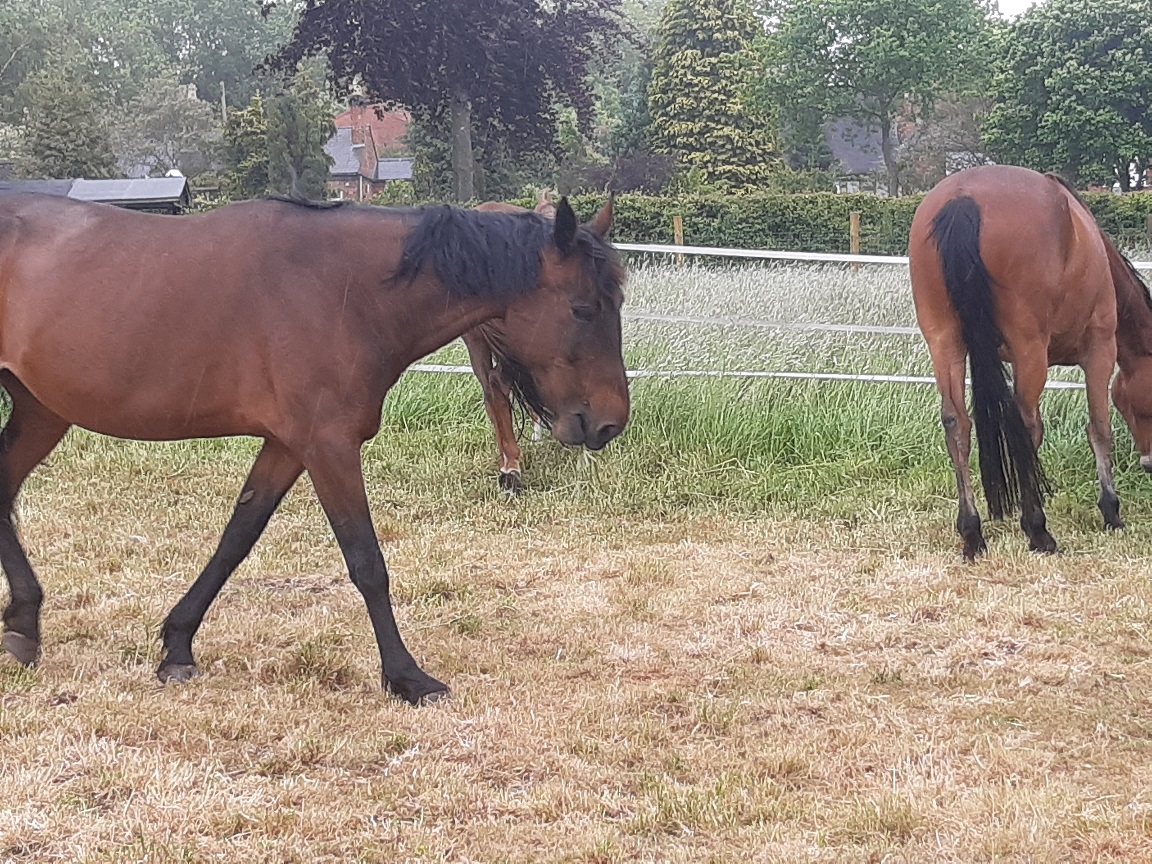 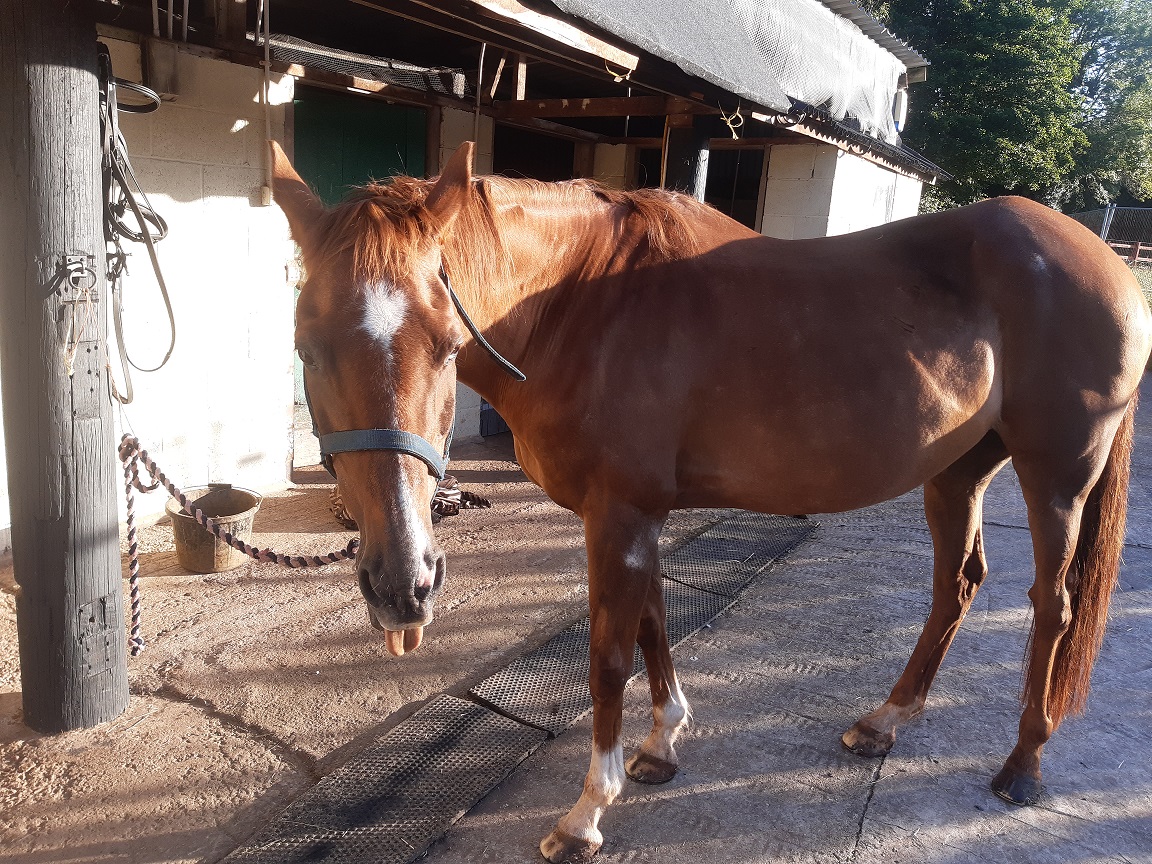 Bobs been great with his schooling again, after a fair few days of just lunge work I got aboard and there were no tantrums or any misbehaving which was amazing, he’s now in his 5th month with no calmer so I am really pleased about that. Autumn is doing well at her schooling too and we even did some jumping last week which we both thoroughly enjoyed, but sadly on untacking I pulled my shoulders again whilst undoing the girth (of all the things!) so had to have a few days rest again grr.

Instead of booking a physio for me I decided to get one for Aria as she’s been looking a bit stiff in the field so think she may have slipped and misaligned something. She does loved to be groomed and scratched so having the physio out is normally a positive experience, only thing is this is now a new one as my old one doesn’t come out this far…..but I am pleased to say she behaved really well, just a few squeals when touched in sore places but no bad behaviour. I’ve got to do some in hand strengthening work and some specific carrot stretches with her 4 times a week then have a check-up in a month to see the progress.

Bob has been a bit naughty the last couple of days so needs to redeem himself – the sod on us turning up one evening looked like he was standing with the mares – which he was…just not in the field he should be! He had jumped the fence and was proudly strutting round the front field after we pulled in!

To add to this, one evening on being tied up by the stables, I was obviously not grooming/tacking him up quickly enough and he must have got bored – he decided to get hold of a corner section of the roof and bite it – ripping some of the new felt we had done the week before. You can imagine my partner’s response to this…eeek! Let’s hope the next couple of weeks he behaves himself and gets back on the good list! 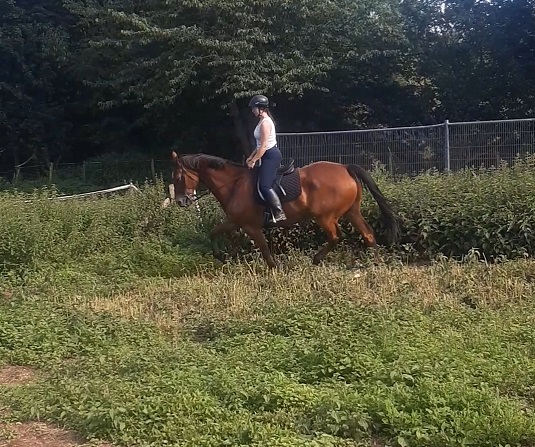 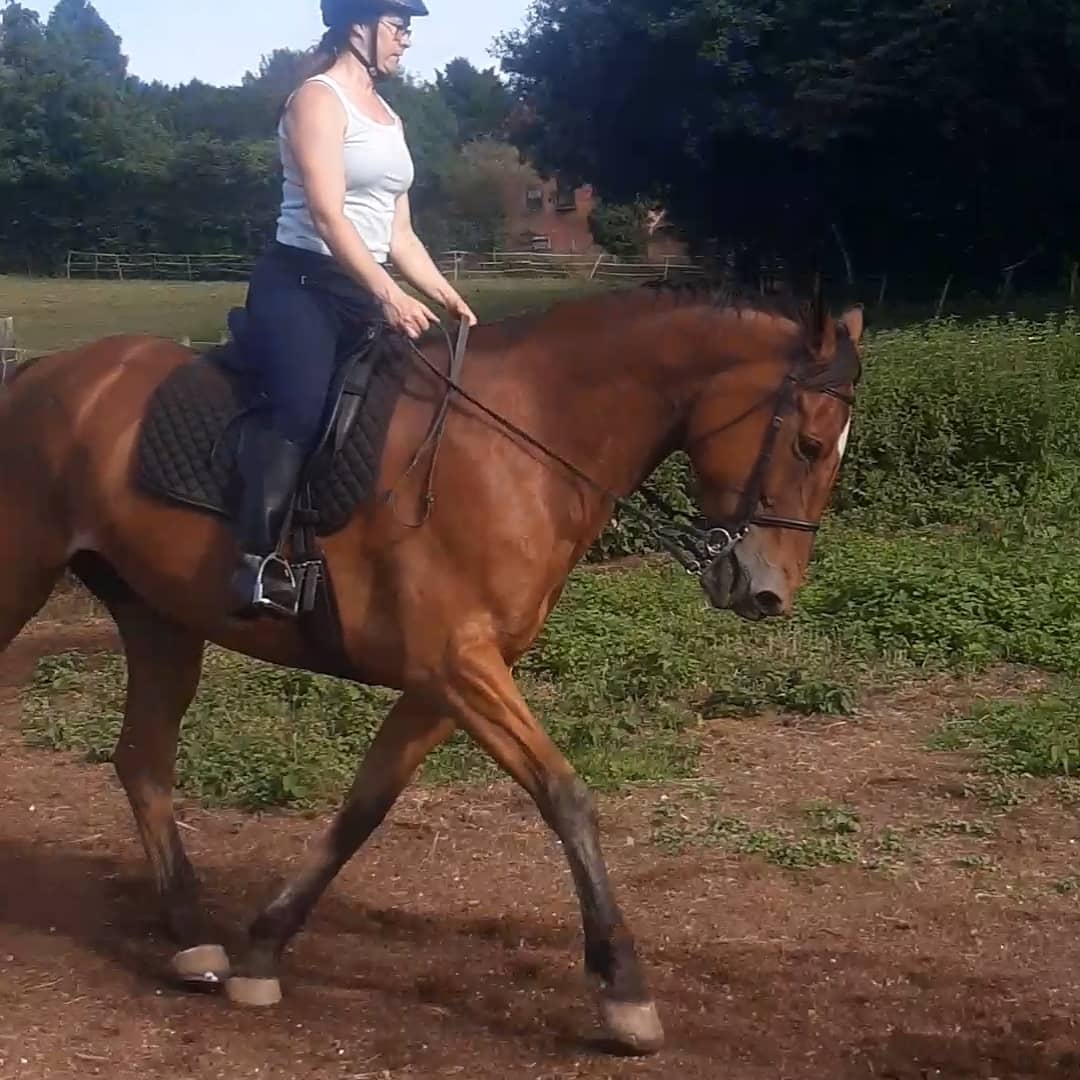