It has begun!!!! The arena build started yesterday and I am soooooooooooo excited (and relieved)! I did squeal when the machines turned up on the Friday ready for the Monday start! The top soil and further layer have been taken off and the fencing is ready to be started! The horses are currently in the field behind the stables to keep them out of the way but they can still watch through the fence if they are bored! The yard cat aka ‘site supervisor’ has been keeping an eye on the work, readily inspecting the cleared areas and machinery haha! 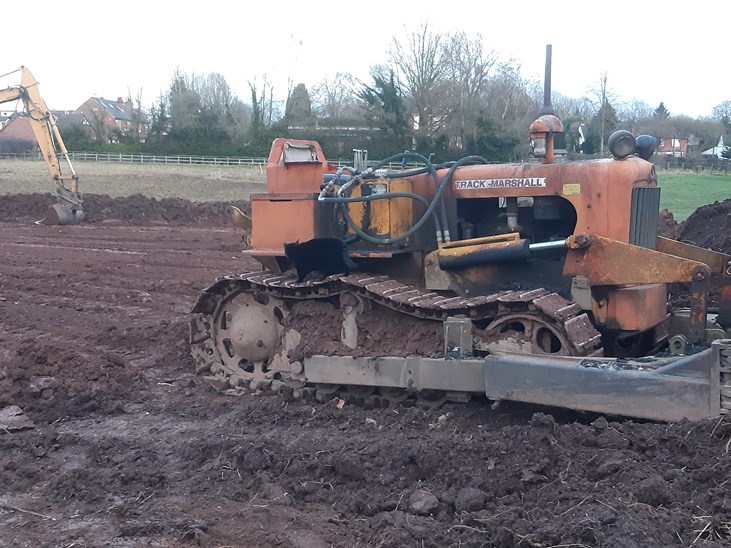 Hopefully in 2 weeks’ time we will be ready to start getting back into work (which I’m sure the horses are thrilled about!🙄). My partner is so relieved now that its started too as he doesn’t have me moaning about not being able to ride(don’t think he quite understood the impact it was having) … I have prewarned him though he better bring some cushions for his chair as I will be riding EVERY night after work now! haha! 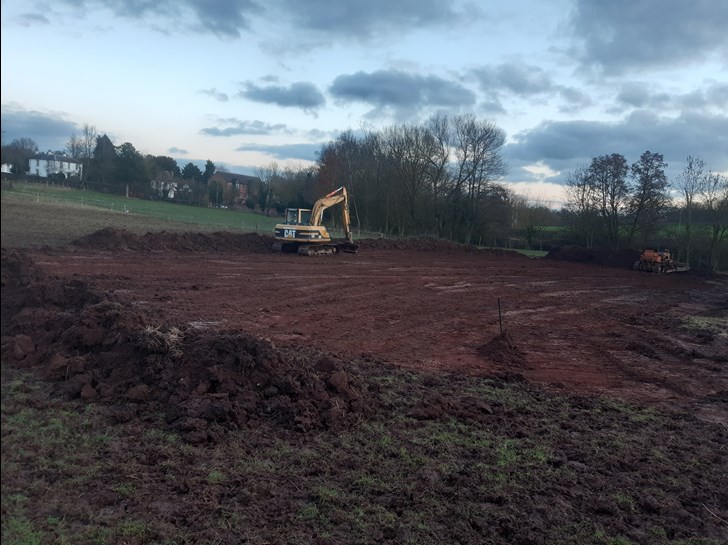 I’m looking forward to fitting back into my breeches (as I have loved the cakes recently plus its been my partners birthday so a lot of treats have been available!). It looks like the arena is being built just in time from the lockdown news as we can now start to plan and train for the show season 🤞

Its been a hectic month with Aria, still recovering from her infection that we still cant fathom the cause of. Her glands went down on the last lot of antibiotics hurrah and she started regaining weight as despite eating normally she did drop quite a bit!  We thought we were on the mend, but then all 4 legs went very swollen for about a week, it started with her coming in with a limp and me noticing one front leg was swollen, then the following morning all 4 had ballooned out. For a couple of days she was quite lame so she had time on the yard away from the others where she could mooch about on solid ground and not be chased, alongside some bute, like ice/bandaging and cold hosing. This seemed to work, as when she seemed well enough (even though her legs were still swollen) she was allowed back into the field with the other two – 2 days later her legs were back to normal yay!! She was fine for a few days and then the temperature changed bringing the flies urgh! Cue two very sore eyes - argh more problems!! Luckily nothing major, I wiped them in the morning and evening and they were fine by the next morning, so she is now back out in her fly mask as are the other two! Who would have thought fly masks in February??! 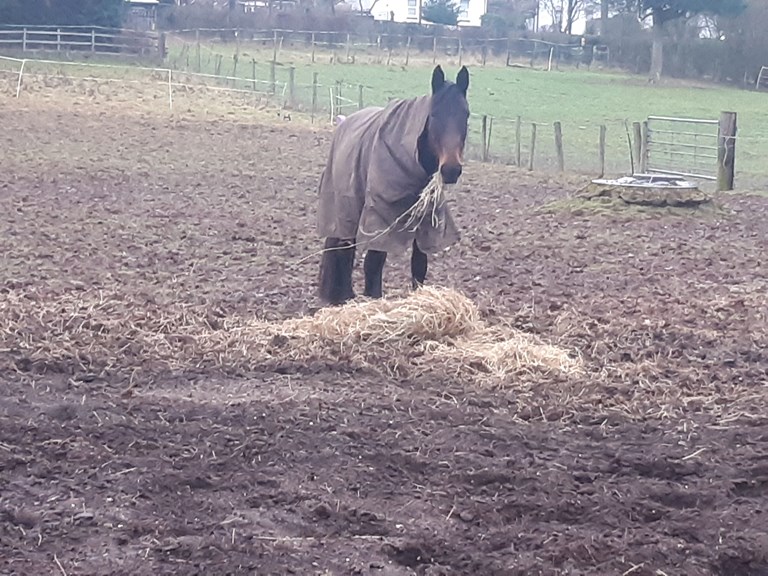 Next month is going to be a busy one, I start a new role in a different department so that’s going to be a bit of a shock to the system after 4 years in my last role, although its still within the same place I wont be seeing my old colleagues as much which is sad but we have agreed to meet up for a coffee and catch up when we are allowed back in the office. I will also be riding a lot more - yippee alongside getting Aria back on track with her physio exercises which will be good especially with the lighter evenings – I think I got home at 5.50pm yesterday and it was still light (I’ve also seen the daffodils starting to open so means spring is almost here 😊)! We will also be moving on to the next couple of yard projects once the arena is completed which is the fencing – urgh!! and sorting out a new stable for Aria. 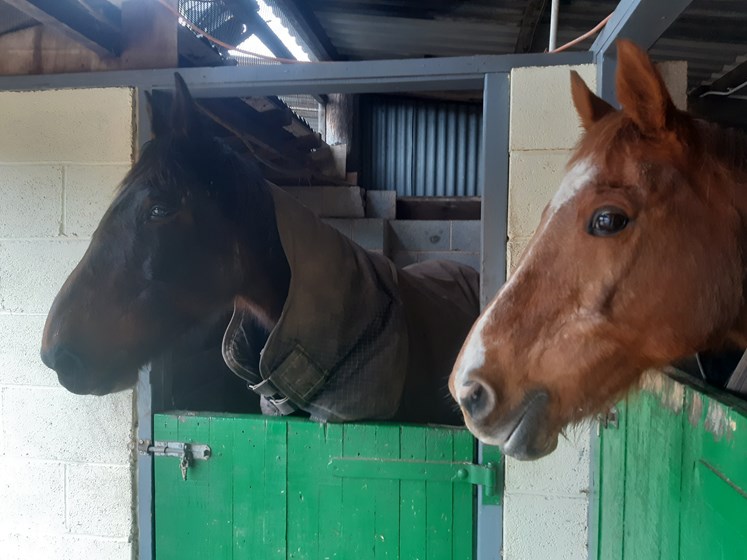 Looking forward to showing you all the finished work of the arena in the next update, and I may even be aboard one of the trio 😊