Bob and I had our second lesson with out new instructor and all I can say is wow (plus I also stayed aboard – just!)! I followed her advice from the first session and had practiced our slowing down, transitions and lots of pole work and the difference it has made in him has been immense – he’s is so responsive! We had discussed in the lesson looking at a different bridle as she noticed he was unhappy with poll pressure – I knew he was a bit funny around that area but never realised the extent whilst riding him. 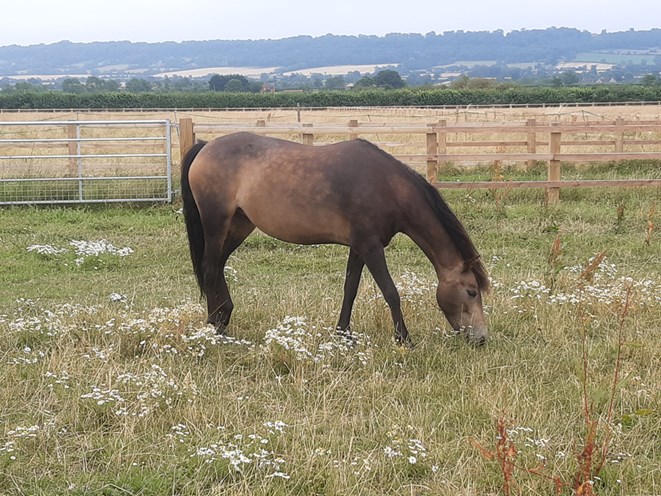 Well I accepted the mission and sourced a lovely padded comfitec bridle with a larger poll area, it also has a different set up for the nose band which I was unsure how he would react to. We got it fitted to him just before the lesson and the difference was instant and blew me away, no longer did he have tension in his neck or chomp at the bit, within a few minutes of warming up he was in a soft contact and as we went up and down the transitions he was so light it was like riding a dressage schoolmaster!! 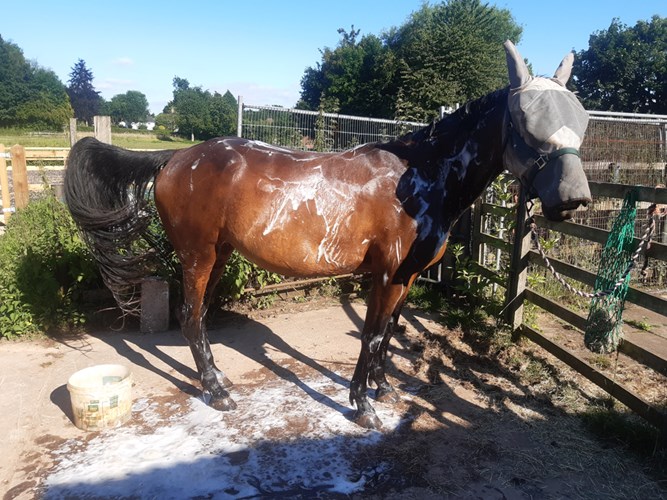 As I warmed him up and did various exercises I could see my partner bringing in several sets of wings, next thing I know a grid of 4 had been set up (poles slanted just off the floor to start) we had to work in and out and over some poles and on occasion go down the line. This taught Bob not to rush down the line and be responsive to me even thought there were fences. Each time the fences went up, and it was only by about the 4th time I realised they were bounce fences! He had no issue with scope on any of them, but I did get left behind a few times especially over the last highest fence and almost went out the side door!

I have not done that many in a row before and neither has Bob so it was a great learning curve. He was ace – never once rushing – completely listening to me and staying calm despite me nearly disappearing from his back on occassion! I was in awe by the end of the session! We have our next lesson tonight and I have no idea what is in store but I  can tell you I cannot wait! 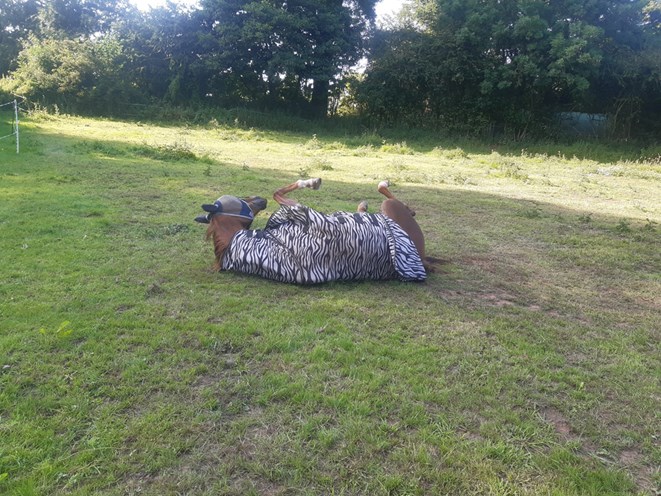 We almost didn’t have a lesson as Bob’s feet despite hoof balm and cream being applied daily have been very poor and one had crack round the clasp of one of his shoes forcing it loose. I noticed it on Saturday morning whilst cantering, so stopped the session, took a look and got a message to my farrier (didn’t realise it was only 7.05 am so did apologise to him lol). He was fab and saved the day coming out yesterday to do the shoe which by yesterday morning Bob had kindly removed in preparation of his visit! Hurrah! 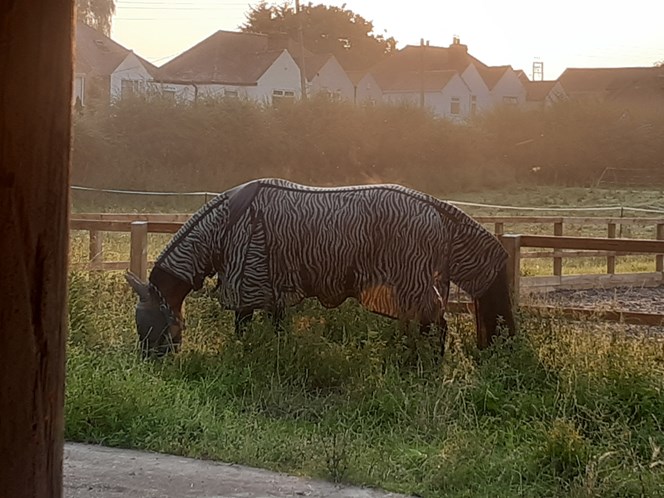 All the horses are on a feed with extra biotin and I’m putting hoof balm or aqueous cream on daily (sometimes twice daily if its really dry) but I have noticed it’s a struggle at the moment. Autumns feet are fairly good , but even Aria who is bare foot has chips and she doesn’t go on the concrete much. I am praying for rain again I have to say though as the fields too are looking a bit dry.

We’ve put in for planning on an additional stable so we can move Aria across as I don’t feel her current one is big enough, fingers crossed we hear in not too long so we can get it ordered and installed before winter hits! We are also redoing the fencing between the front and back fields which is tough work, so far we have got the 19 pots bashed in and screwed the tape holders in, next is to buy the tape get it put up and then down comes the terrible old fencing with the sheep wire! Phew tough work in the hot temperatures! 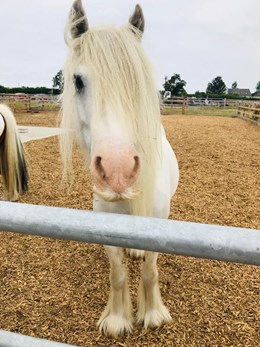 We went for a rare day out at the weekend to Redwings Horse Sanctuary in Oxhill. I’m a big supporter of Redwings and have been to several of their sites, and without a doubt I always fall in love with the horses there! I was particularly taken by a Fresian mare and also a cute little pony with a twirly moustache, if I could have taken them home I would have done so in a heartbeat they were both so lovely as were all the others but I had to settle for a bag and new coffee cup instead! It’s a lovely day out and you can book tickets for free so definitely recommend (the cakes in the café are also delicious!!)

Autumn and I  (or maybe even Bob and I?!) have a show mid August which I am looking forward to! Dependant on Bobs progress I may risk taking him just to see how he behaves…….hmmmmm!