Paula's Blog - Prepping the trio for the new season

Anyone else think the Christmas period flew by? Ours was very busy with us both working up until late afternoon of Christmas eve, then a mad dash to get everything ready for the following day. Sadly covid struck and our plans of seeing my side of the family were thwarted as both sister’s sons tested positive (one on Christmas eve evening), so we spent Christmas with my other half’s family which was still lovely. The weather wasn’t too kind to us and for four straight days the neddies had to be kept in as their field resembled a flooded swamp; luckily for Christmas I had bought them some treats which kept them entertained – Aria particularly loves her likit and actually uses it correctly – unlike Autumn who holds it somehow and bits chunks out of it! Bob decided his new hay net was also a chew toy and tried to destroy that to the best of his abilities. 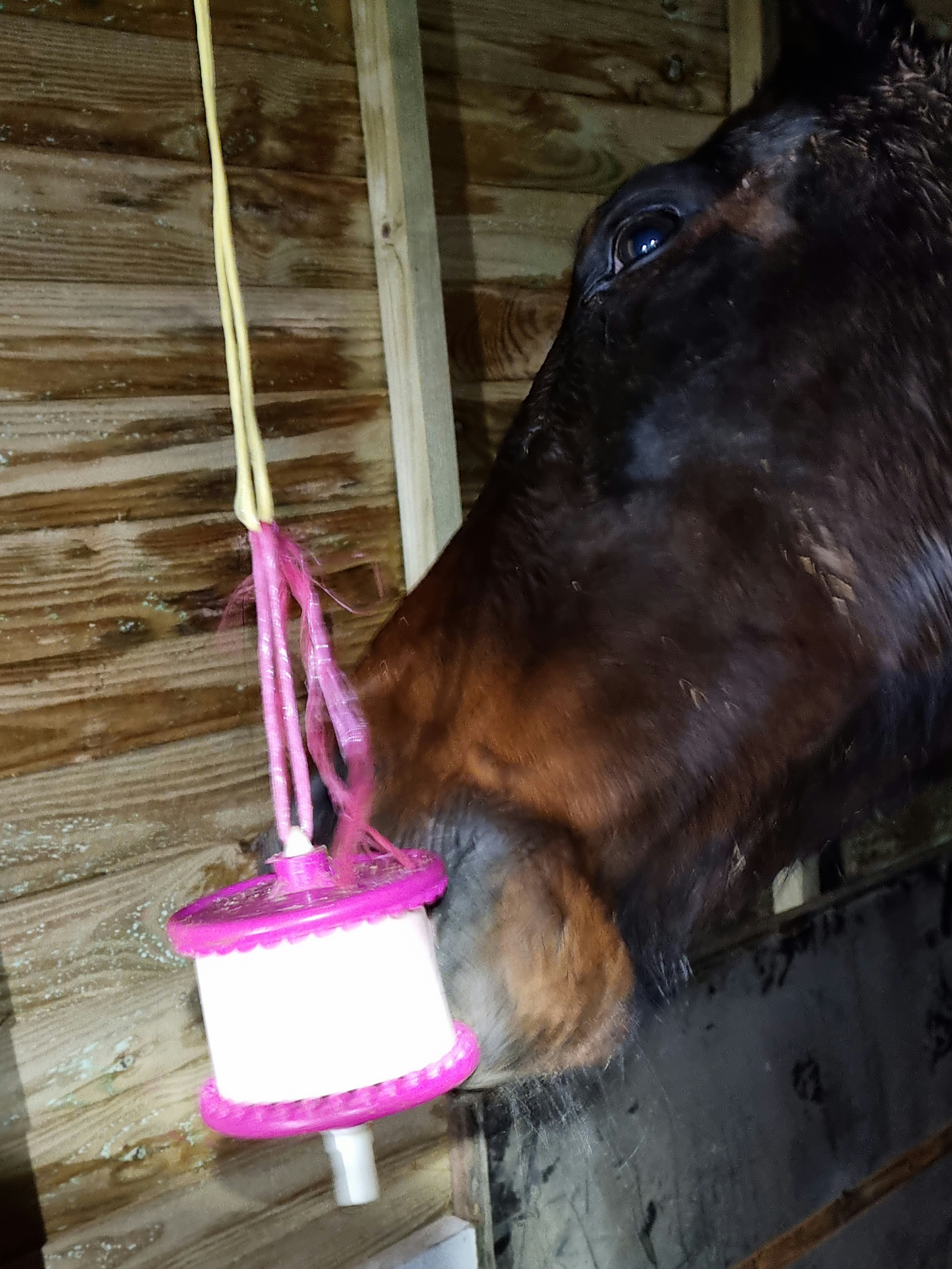 Once the rain cleared I’ve was able to finally get Bob clipped (I’m not a fan of doing it in the stable as I like space especially a he’s a bit unpredictable even under sedation). I was very pleased – I managed to administer the full sedation to him and got it in the right place so it had full effect (last time I had to rub it in his gums with gloves on as he was a bit of a pain) so 40 mins past and he was dopey. I was glad to use my new clippers on him and found such a difference without the long cable, I had him clipped in under 40 mins ….until I realised one side was 3 inches higher than the other d’oh – how on earth did I manage that (clearly I am very out of practice with clipping)?! Luckily he was still fairly sleepy so I managed to rectify it. I also decided to sort his mane and trimmed a lot off – I was going to hog him but at the last minute decided not to as his rubbed sections were starting to re grow so now he’s got a bit of a spikey look going on – which he pulls off quite well! I did have to tidy it up a few days later as when it settled he did resemble sonic the hedgehog on parts of his mane oops! The new Harmony clippers worked brilliant for him and even when I did touch ups as he was nearly fully awake he didn’t mind them as they were so quiet. He’s a lot happier since being clipped and when ridden is not sweating up hurrah and looks a lot smarter – I’ve trimmed his tail shorter too so he doesn’t get it as muddy! 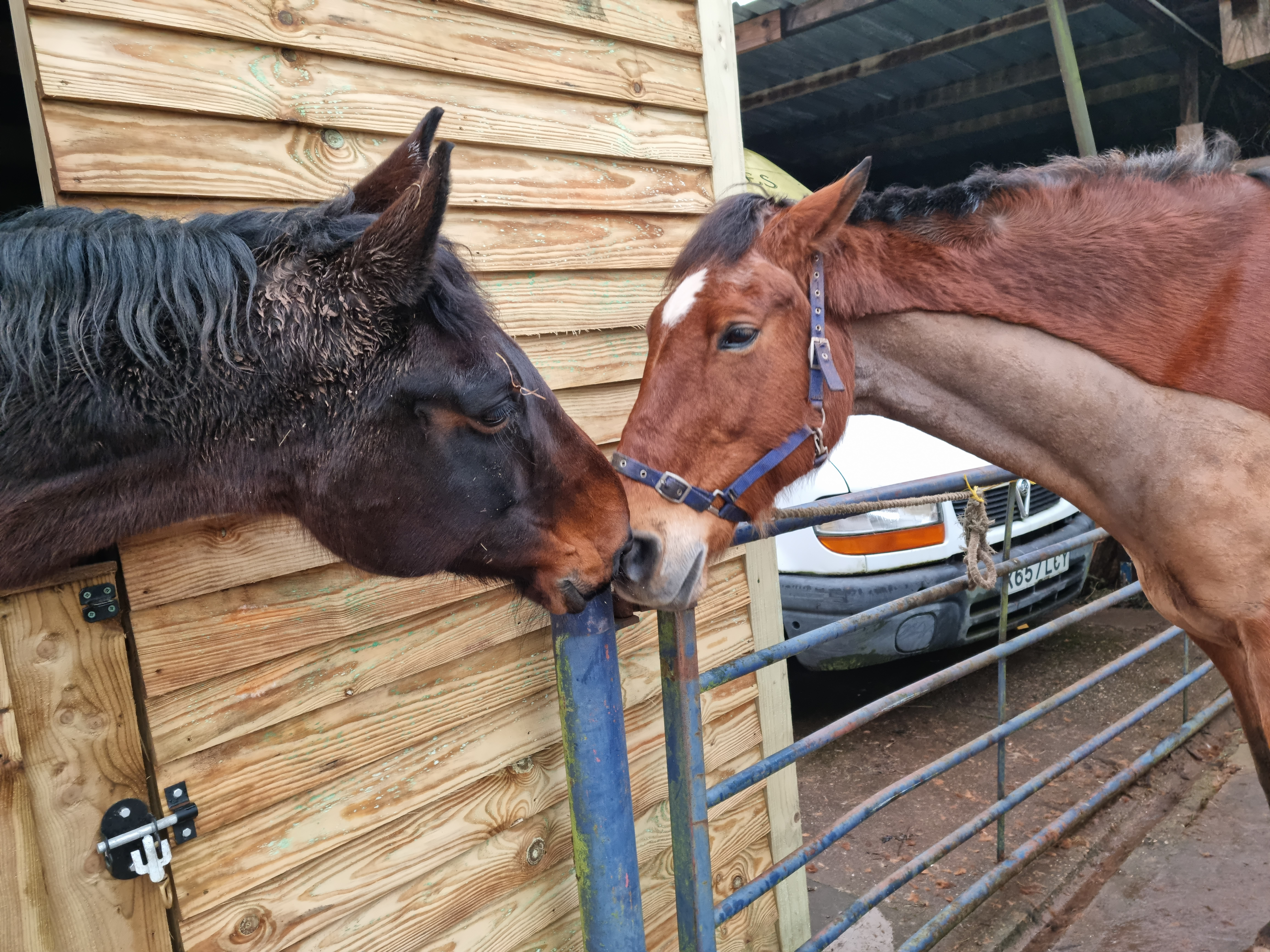 Autumn had a touch up on her clip as I decided to take a bit more off whilst awaiting the farrier one morning, she seems to have taken this as a go faster stripe as now when ridden she’s extra quick and excitable! I was going to give her the winter off/do only light work with her until Spring ahead of the shows, but the other evening she decided it would be fun to jump every trot pole in the arena at a fast canter much to my terror so I took that as an indication she’s bored and wants to work.

Aria is starting to do a lot more as I prep her ready for getting back aboard. Her fear of trotting poles is gone and she happily and voluntarily goes over any she is asked to. She is listening to voice commands very well and is super responsive. I need to try her with a new bit I bought (plastic mouth piece) to see if she’s happier with it as she doesn’t seem to like metal ones , if not I may be brave and look at a bitless bridle for her. 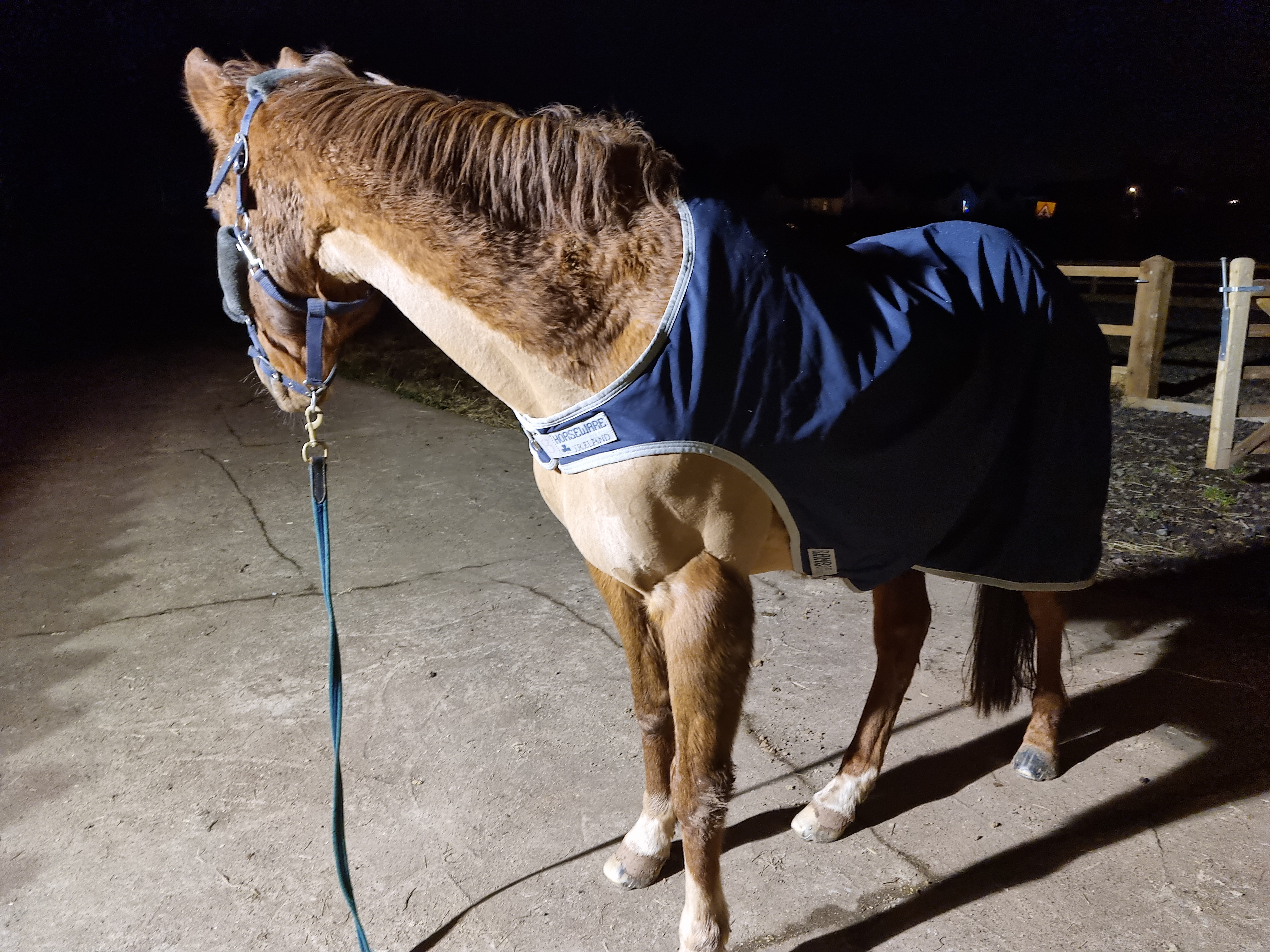 The other half is in the good books as he spent a day putting up the wiring for my temporary arena lights, although I’ve had the big light from the stable block to use, its okay for flat work but not suitable for polework or anything faster than a trot due to visibility. But now we have the set up for my 4 sets of lights we brought with us when we moved and I’m able to do a lot more in the evening schooling sessions! I’ve tried a variety of different exercises using different pole layouts including ones from the previous 2 lessons I had just before Christmas as I regularly try to mix it up to keep the horse’s focus. Yesterday I put the poles out for Bob in an arc round the arena, I used 2 sets of pole rises on random poles to make him think and pick up his feet, and then added a jump into the mix, to my amazement he stayed calm and listened and jumped the fence calmly each time! We have another lesson this weekend so hoping to do a bit more jumping then start arranging to go out to arena hire for a lesson with him then to make some plans for 2022!!