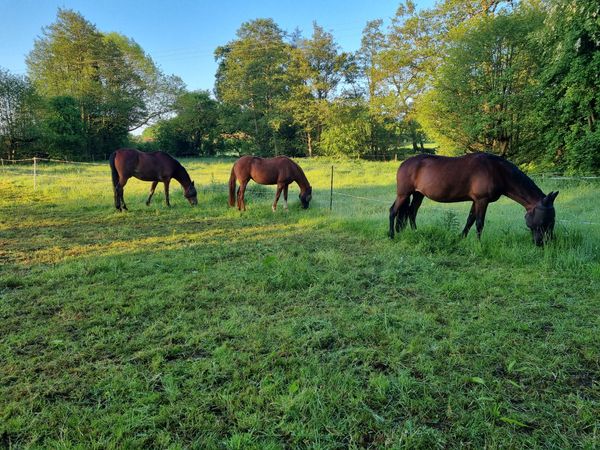 Aria faired the best surprisingly with only a small bit of tension in the muscles across her lower neck/chest which we think was caused by a bit of footsoreness after the farrier a few days before. I definitely noticed the difference after with her as she was a lot softer in the neck and walking much more freely. Autumn was second best and had a bit of soreness and work done to her right hip, we think this is from over compensating and a bit of arthritis but aside from that I was told she was in incredible shape for her age and her striding out in walk was amazing lol! I needed to give her a few days off then some light work towards the end of the following week with some poles, but now we are ready to crack back on with the usual stuff. The one who needed most tweaking was Bob which is not a shock when you see his antics in the field, or when he goes on a mad one in the arena!

His area of issue was the withers so we’ve changed the pad under his saddle to allow more freedom and it seems to be working. He too had a few days off, but I’ve been told we need to get him lifting his sternum more as he’s very stiff in that region and unresponsive, so a sternum stretch or two a day, some carrot stretches and a lot of raised pole work. I’ve been pleased with the raised pole work, well on the lunge anyway lol, he’s taken to it well and does it sensibly. When aboard however, he starts off very well, then slowly gets faster, and on a couple of occasions decided that two of the poles were for jumping in one hit instead of trotting over! Oops! He is now also going back on to full normal work which he is over joyed about – our first canter was……..wild (I think is the best way to describe it!) he definitely is feeling much better! 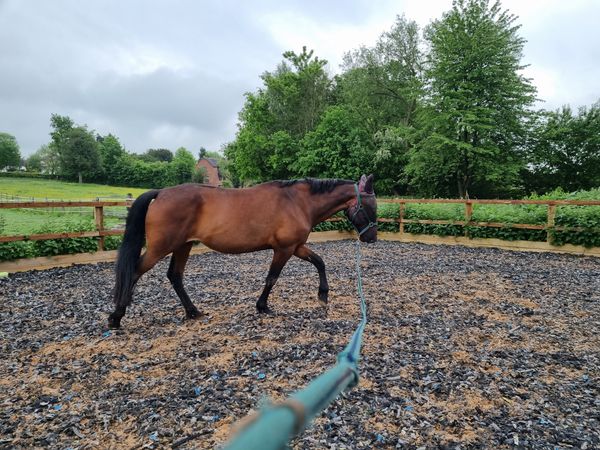 Autumn and I are out for another fun ride at the weekend which I’m looking forward to. I’ve taken the new van out a few more times to get used to driving it as I’m still not used to all the buttons etc haha but I’m getting there.

My partners completed two of the planks now and I’ve done poles in similar colours to match, Autumn and I have tested one of them out – as she hasn’t competed for 6 or more months its safe to say they were definitely spooky to her with her coming to a grinding halt at the stop sign one lol! We did get over it the next time which was pleasing. 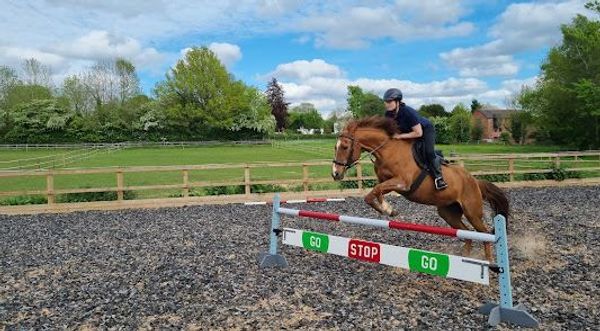 We have noticed the arena getting engulfed in weeds and grass round the edges thanks to all the rain and sun we have had so we spent last weekend clearing all round it and strimming – not the most fun job especially when the nettles get you on your face and arm ouch! We did leave a bit of a section though as we noticed the wild birds seem to like hunting bugs within it. Speaking of wild birds much to my partners dismay, I have befriended a pair of ducks that appeared one day, so I gave them some seeds, and literally every morning and evening they began to wait for me at the yard or arrive a minute or so after I got out the car! They’ve even become cheeky enough to quack at me outside the feed room window if I don’t see they have arrived, so I get them some food lol!

Another animal I encountered the last week was more exotic – I finally got to do my red panda experience which was amazing, they are one of my fav animals (aside form horses of course) and it was incredible to be able to meet and feed one in person! 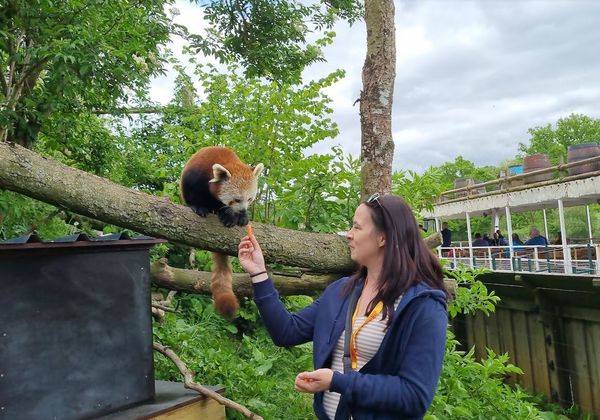 What different animals has everyone else met?