Paula's Blog - Sweetening him up for more work

What a soggy few weeks, the fields are definitely not liking it and turning to a bog. The hay fairy will need to put in a delivery soon as I’ve gone through another of my huge square bales supplementing the horses when they are out in the fields (my partner keeps asking me why can’t you have a cheap hobby). 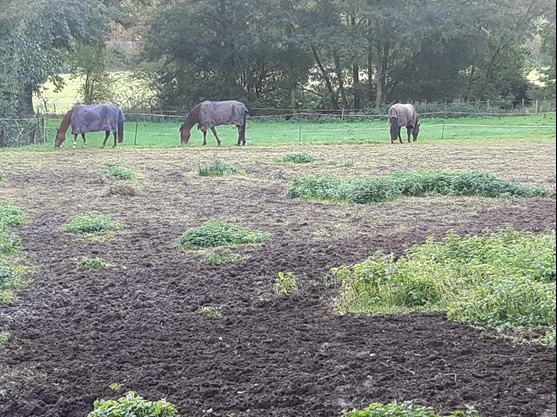 I’ve had to relent and start bringing them in at night (a month earlier than planned argh) to protect the fields and also because of the constant wet weather. I think they are grateful though even though they don’t show it. I’m also having to keep an eye on Autumns legs in case any mud fever develops, she has a small scab on one leg but it looks like its from clipping herself rather than mud fever – phew! Nevertheless – turnout boots at the ready alongside oil for her legs as I want to be proactive before any issues occur.

I finally got my partner to do the rubber matting (well most of it – Arias is down but will be properly sorted when we get her a new stable) – hurrah!

Took a whole morning but both Autumn and Bob’s stables are fully done and the beds can be made how I wanted them. I’m hoping this makes Bob easier to muck out/less wastage as he is a very messy wet horse, but only time will tell! I’ve got a few other bits I want my partner to put up in the stables such as the salt lick holders and lickit toys – but after how tired he was moving and cutting all the mats we opted to do that another day. 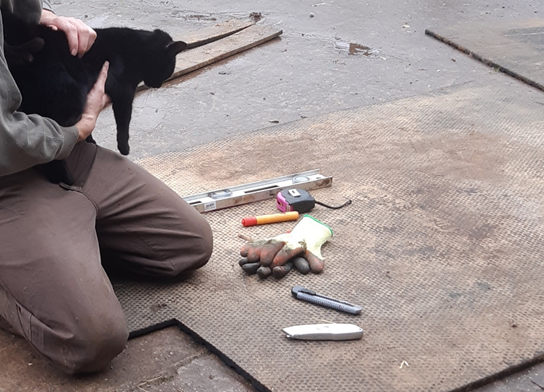 During that morning we also managed to finally make friends with a stray cat that’s been lurking around the fields for a few weeks, she has always stayed a good distance from us, but my repeated talking to her has worked and now she comes over for fuss. Luckily she is wary of the horses so stays off the yard when they are about as I’m worried Bob may stamp on her. 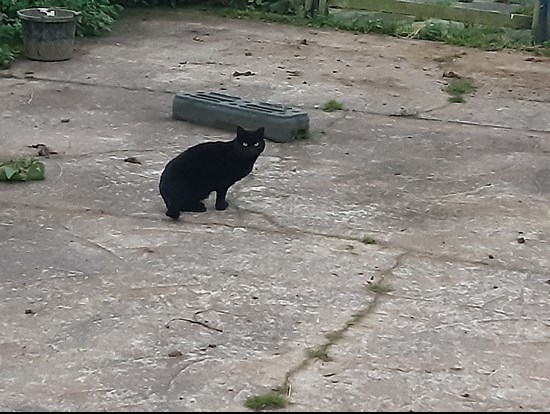 I think we are closer to getting the arena sorted, as we spoke with the builder 2 weeks ago who advised we were looking at 2-4 weeks for building work to commence, we’ve chased him up and are waiting on a reply so hopefully we will have our arena installed soon. I’m absolutely desperate to get some proper riding in as at the moment its so limited due to the slippy ground, its driving me bonkers and Bob is getting more mischievous at the moment too (inc sticking his head in burdock plants!). I did contemplate trying to hack out on Autumn last week end – but good thing I opted out as about half hour later the road suddenly became very busy as if everyone needed to be out on the road, as we don’t know it very well yet I want to choose a quiet time for our first outing. I may try and convince the other half to get up very early and come out on a short hack with us….will just have to sweeten him up first – so off baking some cakes/biscuits I go!