Following on from last time I am pleased to say I have spotted a few winged pals in the very early morning light…just at the opposite end of the land to where we put the bat box d’oh! Hopefully they also reside in that area too!

We managed to finally getting a meeting with the rights of way team regarding a small path through our land and had full clarification (which luckily confirmed exactly what we thought) of the way the path runs. As the council are really lacking volunteer groups to help clear the country paths, we offered to clear the several years of overgrowth that caused people to walk the wrong way across the paddock. Wowzers was it a big task – the brambles were about 10ft wide and 8ft high, not to mention all the over grown bushes and nettles. I won’t lie, we are not keen about people walking through the land due to the fear of them feeding the horses etc, but we need the big area of grazing we sectioned off initially for safety back for the horses so wanted to ensure we consulted the right council department and got it all clarified before starting work fencing off the area! In one weekend and one evening, we (just the 2 of us) managed to clear the over growth, tidy back the hedge line, and get 15 posts in with the mesh fencing, remove the old stile and cut away a section of the fencing to make a safe gap to walk through – we finally had it all done by 9pm Monday eve – Phew! The horses are very happy to now have an additional munching area and we are pleased the footpath is safe and secured so no one can walk the wrong way. 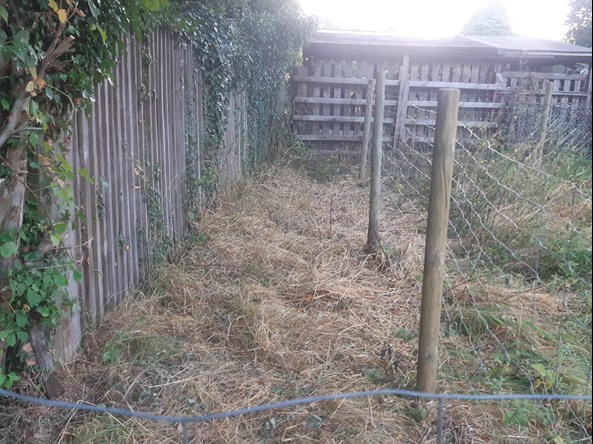 I made a major whoopsie at the weekend though - hats off to my partner – I had him doing all this work Saturday morning – and on the way to the yard he said isn’t today a certain day? I wracked my brains and came up empty – then he said isn’t today our anniversary?? Oopsie! Poor guy still continued with the overgrowth clearing, I guess if he has put up with all this for 17 years now he’s a keeper. (I did take him out for a meal and ice cream after!).

Now the horses are all shod again (they had a stern talking to about keeping them on this time) we are back riding again yippee! I’m still working with Aria and even managed an old saddle on her back the other week – I just wanted to see her reaction and amazingly there wasn’t one – she was not bothered in the slightest! A few more of those sessions then I will brave getting aboard again me thinks! 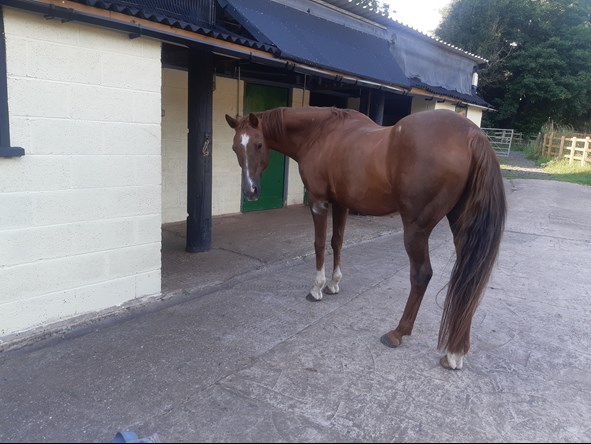 I met up with a friend from the riding club over the bank holiday as she found an off road ride we could hire for a couple of hours not far from us. It was great – plenty of parking room which was safely enclosed, really well maintained tracks, great areas for trotting/cantering, and just a relaxing ride away from the roads. We will definitely be using it again. It will be great for Bob to eventually go to as it’s just your group who can use it for the 2hr slot so no worry of horses galloping up behind. I did also have a lesson planned for last week but my instructor was on her way home from a break away and got stuck on a boat so we rearranged it to yesterday but because of the heatwave and 30 degree temps decided to postpone again until next week – we will have another lesson at some point! I’m toying with taking Autumn to another show a bit further afield next weekend although I don’t want to push her too much ahead of the PWAS awareness ride the following weekend. She’s fit and raring to go but as she’s a bit older I do worry about pushing her too much, so we shall see. I’ve moved her on to a senior chaff and I don’t know what’s in it but she’s become very energetic (in a good way) – feels like I’m riding a youngster again! I gave Bob a little bit of it in his feed as he’s 16 now (going on 3!) but have decided to stop it as he is hyper enough and it made him extra ‘spicey’ shall we say! I will start looking at slightly amending all the feeds and incorporating a mash as the dreaded W season begins to approach and the weather and grass change as the oldies are poor doers when the temperature starts to drop so do require that bit extra to help them keep up their weights. 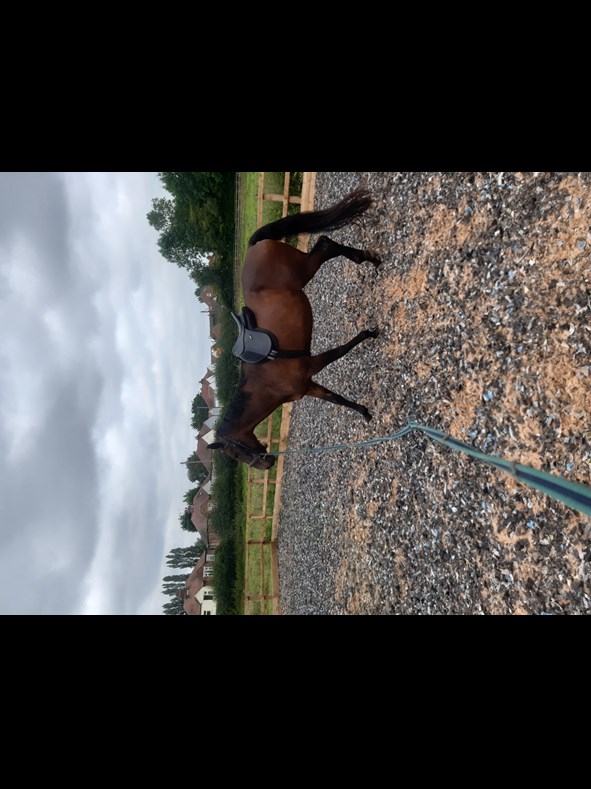 We are still waiting to hear on the stable planning, pre planning went through fine, now just for the official okay – we have a builder lined up so fingers crossed in a few weeks we can get the order confirmed. I’ve already enlisted the help of my sister and brother in law to finally dismantle the old cattle crush which is where the new stable will be located – that will be a hard work day for sure!