We’ve had a busy but lovely few weeks, with all of the trio doing some work.

I took Autumn out to a fun ride in aid of the Ukraine which was great, mainly off road (which was lovely) and there was a river crossing in there too. The river crossing did prove a challenge as neither Autumn or my pals pony wanted to go into the water (but she did try to throw me into it!) lol. Luckily two other riders arrived about 5 mins after the tantrums from our two, and they let us follow them through as well as back across once we all completed the field on the other side, we paid them back later when their horses wouldn’t go past some bushes with turkeys on the other side making noise, and ours bravely took the lead for them. Autumn was highly unimpressed by getting wet and actually sulked with me the whole time I got her ready to go home! Well she better get used to it as the ride we did is also one you can sign up to membership for so you get lots of off road riding so I’m sure we will encounter the water again lol. 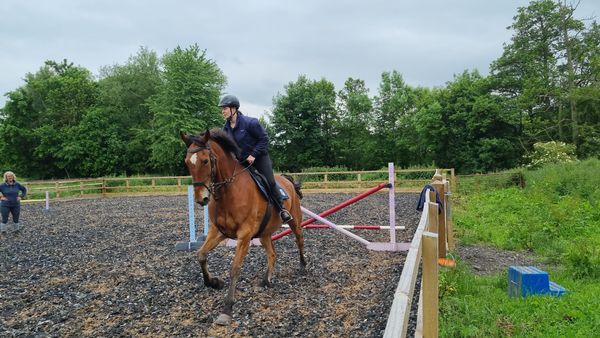 We have practised loading Bob a few times so I can finally get him out and about – after two sessions we finally got him fully in, and once in he was absolutely fine……….now to get him in with the side shut up and take him for a small drive. We may aim to get him out to one of my instructors clinics this month and a show! I had planned to take him out to another local ride you can hire but as he hadn’t loaded properly by that time, Autumn stepped in. There was no water to go through on this one, but there were cows in a field next to one of the tracks – cue Autumn blowing, head up and ‘trantering’ sideways down the track – so much for acting her age! 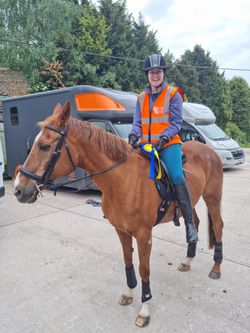 I had a very successful lesson with Bob yesterday evening where he was fab; we have had a gap of almost 4 weeks between lessons and I did wonder how he would get on due to this, but we managed a variety of different things all linked together - 4 bounce fences in a row, canter poles, then a cross pole which changed to an up right then a 3 ft over. He was ace and tried so hard even when he got it slightly wrong and knocked down three of the 4 bounce fences lol. Both me and my instructor were so pleased with him and cannot wait to get him out there now! 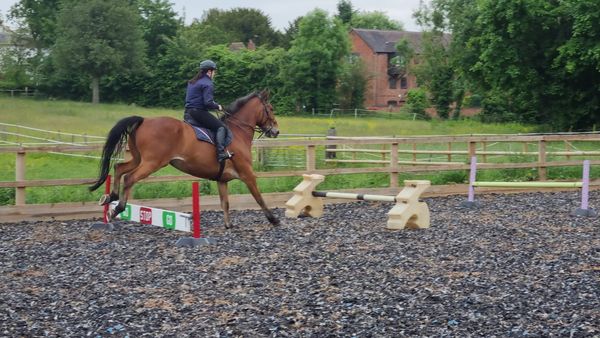 Aria has been wanting in on the action and must be getting a bit bored of all the flat work schooling I’m doing with her, as the other evening I had left the blocks up with a cross pole on one side of the arena, and to my shock she aimed herself for it and jumped it well. After that I let her do it a few more times and she seemed very happy with it. I’m still planning on backing her shortly and seeing what I can do with her this summer especially after seeing her willingness.

I’ve got a show pencilled in a couple of weekends away, but I've yet to decide which one is going………..hmmm.