Paula's Blog - Time for a change

Another couple of productive weeks have been had at the yard thanks to the weather improving. We’ve done more seeding in the summer paddock praying it will grow, and the other half has been beavering away converting some old pallets into a shelving unit for some rugs as the plastic ones I have are bowing from the current weight eek! He’s not fully finished them yet but hopefully by the end of next weekend the first set should be up and I will have space in the tack room without having to climb over the over spillage of rugs! 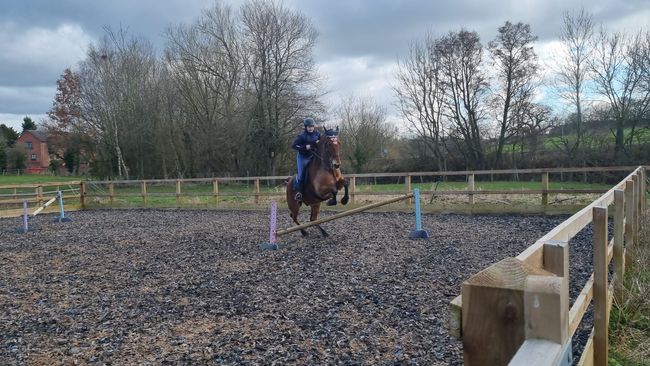 We also fitted in enjoying a day out that was non horse related –I had a voucher for afternoon tea at the Kitty café, we had a great time meeting all the rescue cats who were playing/wandering around, one called Lily even took up residence on my lap – definitely worth a visit to one of their locations. We also managed to go to a local riding club’s emergency AGM; a lot of riding clubs have struggled since covid which is so sad, and hearing this one was at risk of disappearing I desperately wanted to help, so was sharing the event all over social media and went to the meeting. Luckily a committee panel was found and the club will continue, I’ve signed up as a committee officer (first time doing it) and am looking forward to the first meeting and planning this years shows. 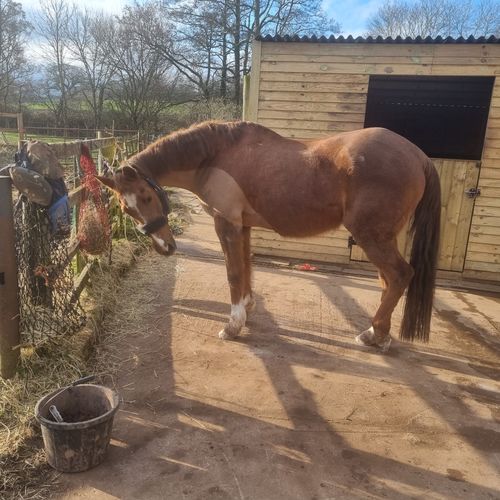 Bob had another lesson and I’m not sure who was more excited at the start – him or me! We practised more turns this time and jumping on an angle. We had to ride the shape of a shamrock, and go across a box shape made of poles in the middle of the arena. On the final time through the box coming back on ourselves we would halt in the middle then do a full 360 degree turn before walking out of it. Alongside this, at the top end of the ’shamrock’ the poles were turned into fences, so we did normal circles at one end of the arena and at the other the circles incorporated the fences. Shockingly even though the fences were the penultimate action before we came back to the box and had to halt – Bob responded perfectly! It’s a very good exercise for responsiveness and changing direction with the leg, both of us certainly benefited from it.

In relation to transportation, the other half agreed for us to upgrade the horse box! Yeeessss! I’ve done a lot of research and having a van conversion already for the last 12 years has helped me understand the bits I liked and the bits I wanted to change. I contacted a few builders, and wow prices have started to jump up! By chance I emailed one company and had a reply just a few hours later. It turned out they had a van that met what we needed in build at the moment and it was in our budget hurrah! We discussed the options and they have been so accommodating, they even drove 3 hours at the weekend to come and meet us, look at the current van and see what way we want things! They completely understand safety is the main priority and are happily making the adjustments to the breast bar and top side door as we requested. Hopefully the van will be ready early April and I cannot wait!!!!! Sadly it will be time to sell our one which has given us so many happy times and taken us all over, we had it since it was converted and all the horses have travelled so well in it, as silly as it sounds I’m hoping I find it a good new home! 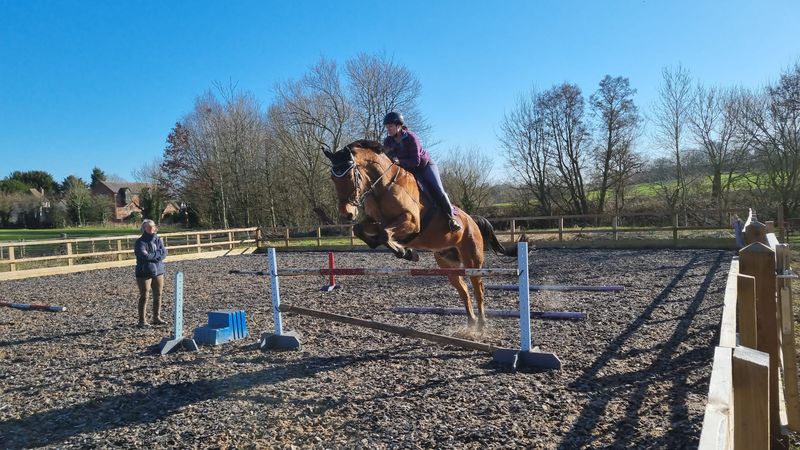