Bob’s had his schooling stepped up in the aim of getting him ready for the show season ahead. I’ve become a lot more confident from my last few lessons and he has seemed to have calmed since the change in feed so it’s a good combination. The brave pants have resurfaced and I’ve introduced more jump work outside of my lessons (I used to worry about messing up anything we had learned), incorporating it into the evening and weekend sessions, although I do admit it’s a lot easier when the other half is up there with me and can pole pick or set the jumps up for me - getting up and down from the big lad is quite a stretch lol. We had another lesson at the weekend after a couple of weeks without one, and my instructor instantly noticed the difference in his behaviour, he was already soft and walking round calmly upon her arrival despite very strong and gusty winds (normally I would have been catapulted somewhere or be a nervous wreck) but instead we were both happy, smiling and chilled. She’s been watching the videos I’ve been uploading to Facebook and also sending to her and has been really pleased with the progress, as am I. 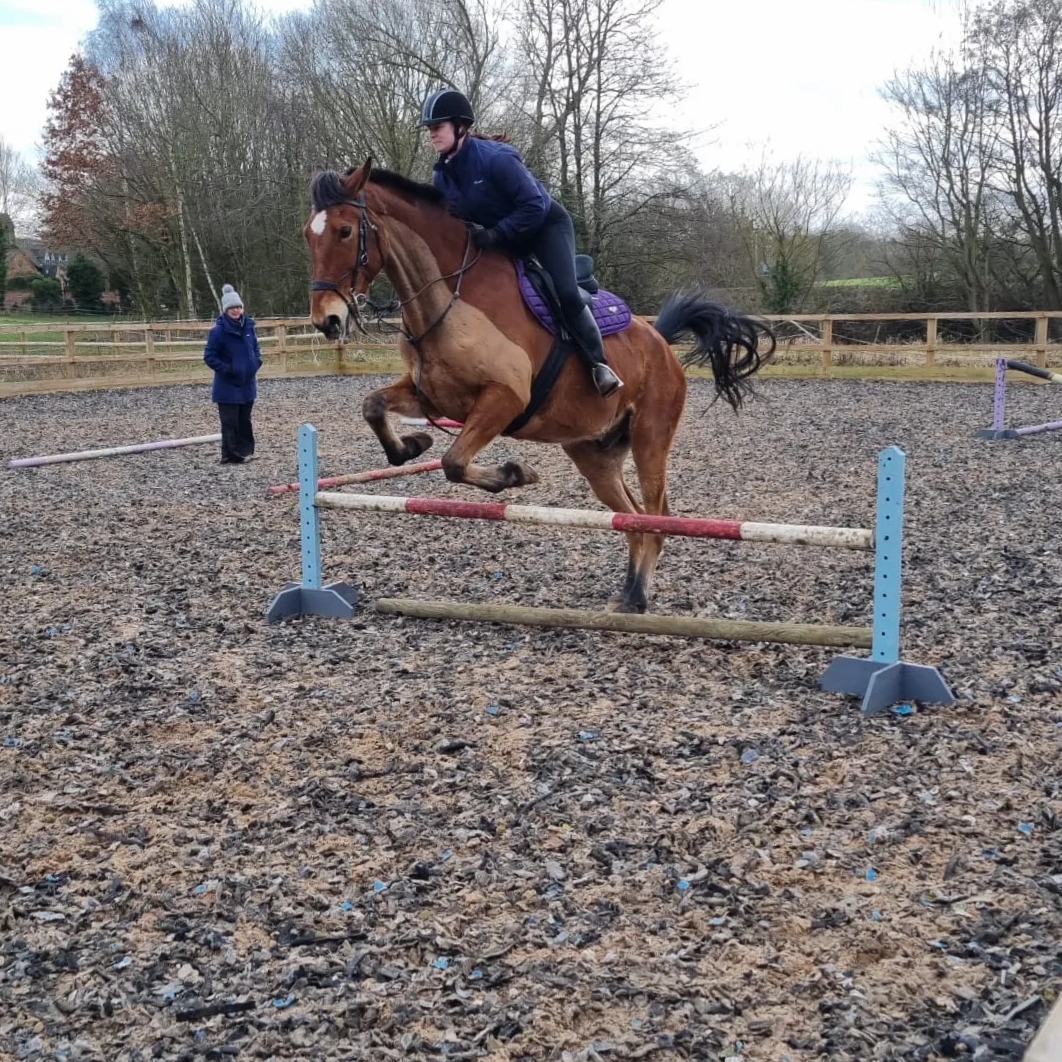 We spent the lesson focusing Bob and getting him happy to have a leg on without rushing around just because a fence was up in the arena (he hypes up as soon as he sees one so needs to learn not to). I was concentrating that hard I forgot it was even windy as did Bob as he behaved brilliantly, we worked on varying sized circles, bending in and out and keeping his quarters in etc (which was tough but we got there), and also incorporated some jumping. Each time though, we made sure there was no rushing and he settled softly and was balanced before we contemplated a jump. We did some circles around a square of poles, then included a small jump before coming back onto the circle, calming him and then going off to a different jump. We finished by jumping all fences which he did very nicely and didn’t once rush off. He’s definitely teaching me a lot as I’ve not had a horse before where speed/rushing is the issue – height is no problem for him so we keep it around 80cm-90cm at the moment until we can get him fully focused and listening. 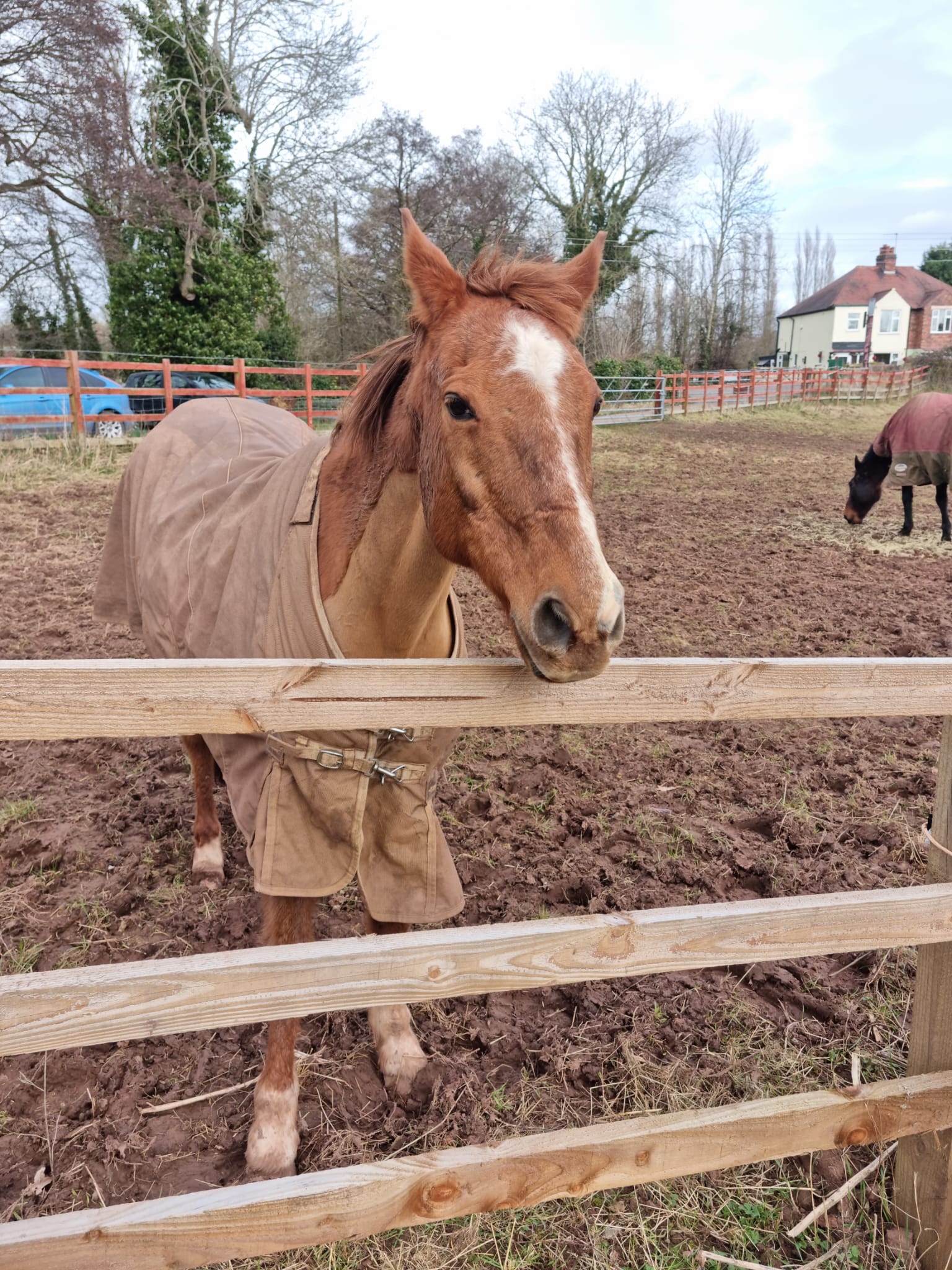 The wet weather has returned meaning the neddies have had to spend a few days indoors again much to their dislike. To show their displeasure of being in, one morning one of the trio decided it was a great idea to completely knock me over whilst I was taking them back to the yard. Hmmm I wonder who it was?!! Bruised and a very sore neck from the fast impact but well enough to tell the sod he wasn’t getting any treats that morning, I managed to complete the rest of the mucking out whilst looking like a swamp monster covered in mud (and yes I did give in and give him a treat before I left as I’m far too soft)! I’ve noticed a bit of a change with Autumn, as she is a bit stiffer coming out of the stable in the morning with this damp air so I’m starting her back on some Boswellia, she’s recently been on turmeric and done well on it but I feel she just needs something more with the winter weather. 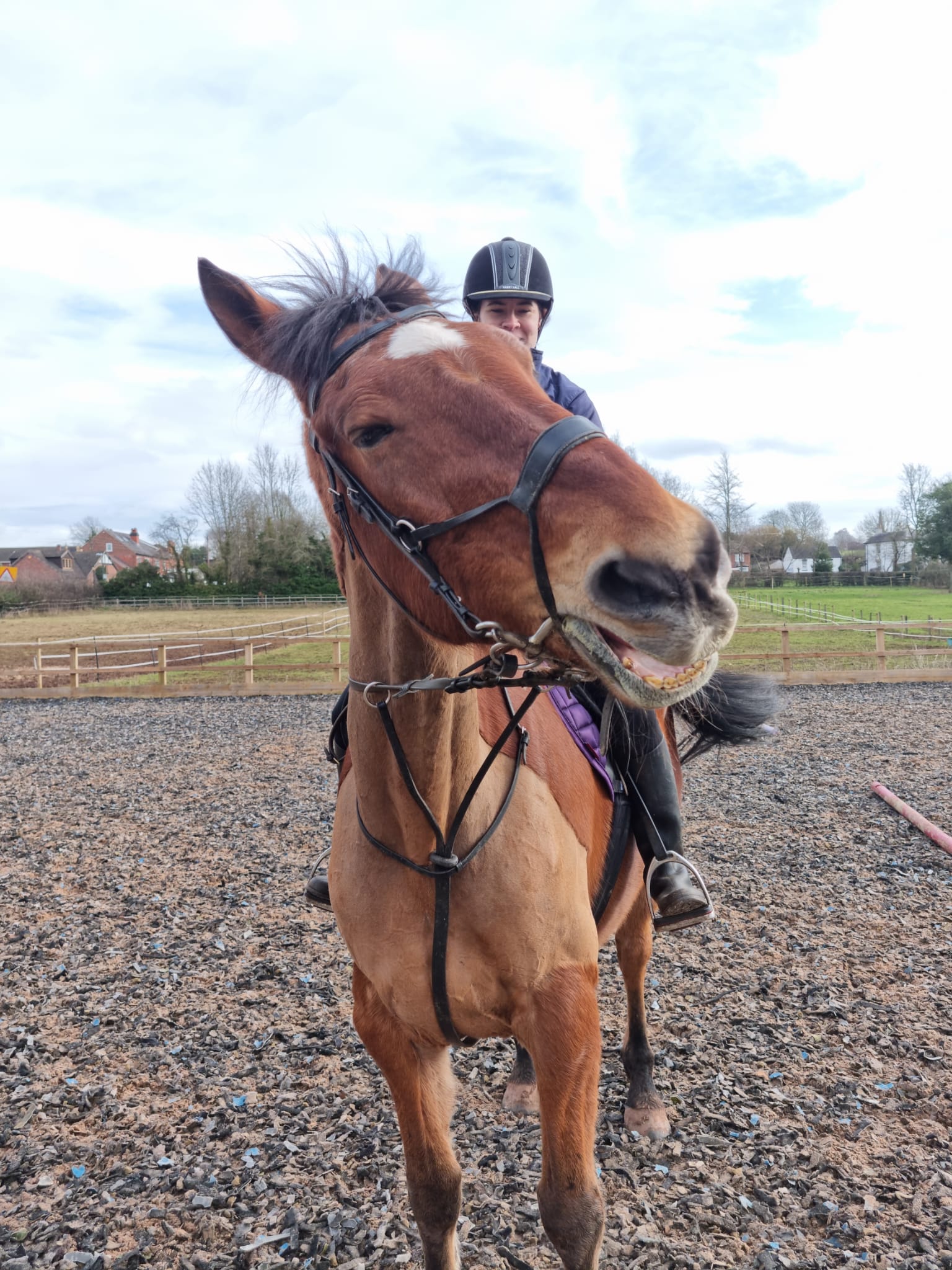 I received a lovely surprise on valentine’s day – my other half does actually listen to me when I drone on about horsey items, and had ordered me a pair of the liveryman trimmers to go with the clippers I bought before Christmas! He knows I had been wanting to order them but had to keep putting it off as I needed to buy an extra delivery of hay, or supplements etc so my saved Christmas money although spent on the horses wasn’t available for me to use for the trimmers. I was delighted and cannot wait to use them to give the horses a tidy up. As they are little and even quieter than the clippers I’m planning to use them through summer to try and desensitise Bob a bit as he was fairly good with the clippers so hopefully this may work ahead of next winters clipping session. I have noticed in the last few days though that it wont be long until all the summer coats come through as they have all started to moult! Yay does that mean spring is on the way???