We’ve finally had some of the wet stuff from the sky hurray! Hoping the grass will now shoot up as I was reverting to using a sprinkler on the grass seed (although as sad as I am I did find it fun especially when trying to soak my partner if he got close to it)! 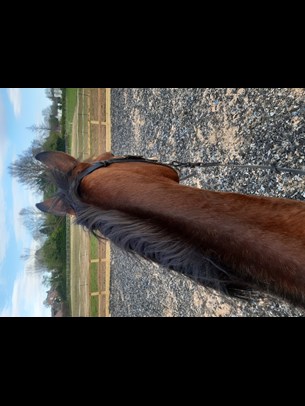 It did choose to rain on two of the most awkward days though! One being the day the horse box was being welded as it needed some bits doing for its MOT so I booked a mobile welder who came out and within 10mins of arriving over came the dark clouds eeek! I’m pleased to say though it was just showers and he managed to get the work done so the horse box could have its MOT and be ready for the bank holiday as Autumn and I were booked in on a fun ride! The second day - typical British bank holiday weather – rain, with winds and heavy showers thrown in for good measure – But that didn’t stop us! The fun ride was buzzing and all us horse riders and horses were kitted out ready to go – no weather was stopping us!

We had a fabulous time even though we did get a bit soggy – we covered over 9 miles and got to ride through a woodland carpeted in bluebells which was beautiful, ride through a lot of countryside, have a fair few brilliant canters/gallops in open fields, and also go through a quiet village for some road work too, all of which Autumn did brilliantly. 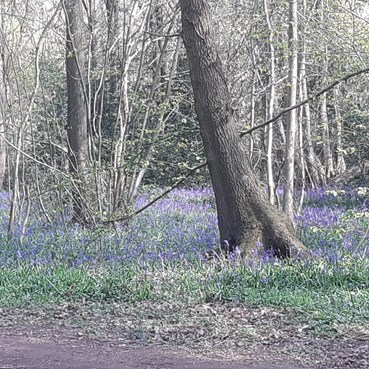 It was great for her to get out and do all the exploring on the different terrains (as I know she does get bored) and a few areas were a bit challenging so did make her think. It was lovely to go with the lady and her horse from the last ride too as its always nice to have company. We both really enjoyed it and I’m eager to book in on the next one as soon as it opens!

Autumn also had her first jump in the arena last week – not high as I want to build her up but she still thoroughly enjoyed it and proved she’s not past it just yet (we also jumped the new wings my partner made me, and he’s just finished some fillers too – he’s getting quite good at making these for me😊)!

I’m now planning on how to get Bob back jumping – I’m still doing flatwork with some poles thrown in every now and then, but he’s still being quite strong and wanting to gallop…everywhere- not what I want for jumping! We did have a good session the other day though, where I practised lengthening and shortening him and he actually listened! On the other rein however ……. well let’s say its work in progress lol! I think I will start off with a lot of poles and a small jump at the end to begin with! I’ve still not got him on a calmer as I want to try to get him working without one as despite the ‘eagerness’ and the spring grass he is behaving well, although I know he will need one the minute we go out as it will blow his mind with excitement!

Aria, well she’s up to mischief as always (apart from with my partner as she currently likes him)! She’s being extremely cheeky at the moment especially when being turned out in the morning as she has a new game of leaping as I walk her out with Autumn! I really am looking forward to them living out lol! Her and Bob are now in the stables next too each other and she is not impressed at all – there’s always a squeal or stamp as those two despite being friends in the field do not like being neighbours! Hopefully once we have a new stable in place it will settle down as they will be further a part and a bit happier!

Now the horsebox has passed its MOT its time to get the calendar out and start planning for the show season and see what qualifiers, training and more fun rides are lurking out there….very much excited!