Well its clear to see the season of winter is well on its way, we were lucky and only got a lot of rainfall in the last week or so, with the occasional high wind, but nothing like my hometown where a mini tornado went through and caused a lot of damage. It must have been so scary for the people in the area, and I am very relieved we didn’t have anything like that near the horses. The fields did flood though and the river burst its banks flooding the lower part of the woodland, but to my amazement it has all drained quite fast in a couple of days. The arena which I was worried about has held up perfectly – not one puddle or soggy area! Hurrah! I did keep the horses in for a number of days but let them mooch about the hard standing and grassy area to the front and side of the stables for a few hours. We are lucky to have that area for the horses as I don’t like them always being in and like to make sure they have a good leg stretch and get some grass. 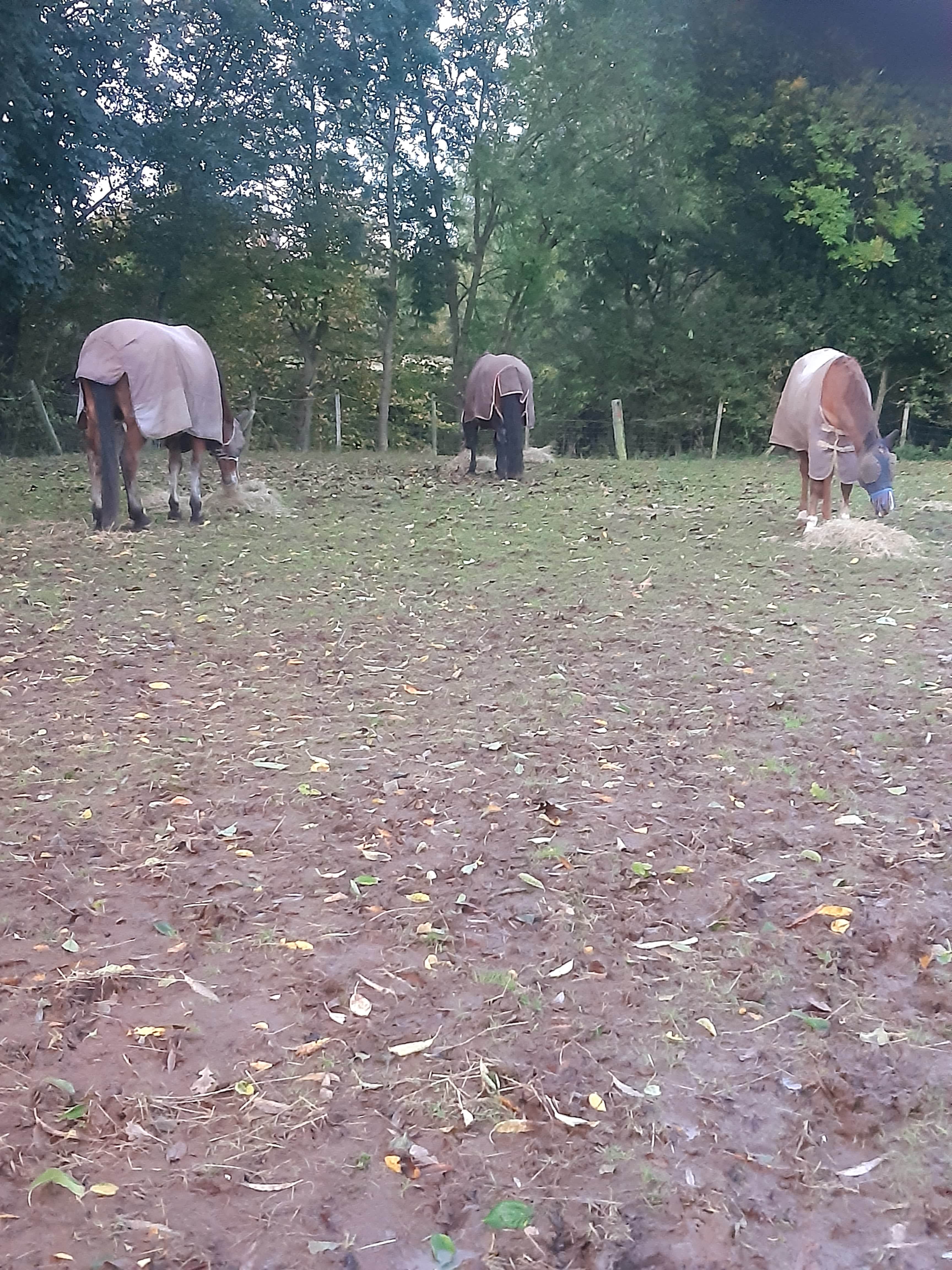 Clipping season has started and oh boy am I out of practice, I’ve done a very small clip on Autumn to start with (matching those sides was so hard and they are still uneven argh) and will being doing Bob end of Nov as he has to be fully sedated so I try to make his clip last all winter as he is such a pain!

Bob and I had a lesson in the wind at the weekend, I will admit I almost chickened out of it as I know he hates wind and a few days before he had 2 attempts at trying to ditch me on a morning session in the arena due to the trees blowing! But I sucked it up and decided to proceed. He was fine tacking up and walked in to the arena fine, first circle not too bad, then I felt the tension and the tail was up, and the walk became a bouncy tip toe gait. I did pre-warn my instructor about the previous incidents and his fear of wind so we decided to start with flatwork and see where to go after. He didn’t really settle so we did a lot of transition work and different shapes, movements in the arena to keep him focused which worked well. He had one major spook which apparently I sat well (although to me it wasn’t a big one but the look on my partner and instructors face said different). I did find it beneficial to have a lesson just on flatwork in the wind as my instructor angled it so she had me getting him doing lots of different things so whilst distracting him, it was also stopping me from going tense and worrying about being ditched as I always had to think about the next movement, so it really helped me with getting him to work even when he was edgy in the arena. Sometimes just having someone there on the ground gives you much more confidence and also helps you to focus as you have to listen and concentrate on their commands. 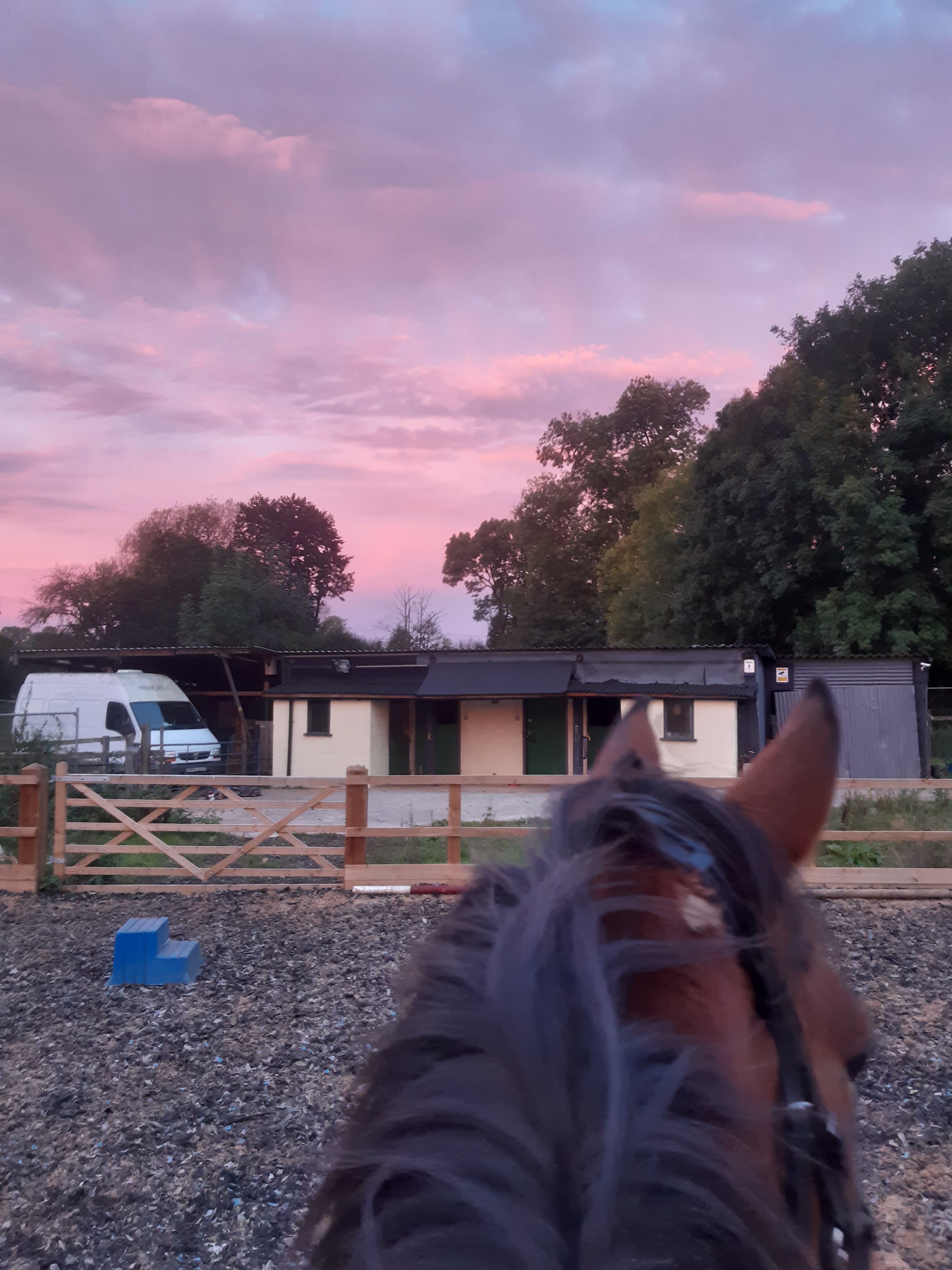 I do feel a bit sorry for Bob in the last week though as 2 days in a row he got stung by wasps. We have a couple of nests in the bank at the side of the arena which I cant wait to get rid of! We were riding early just as it was getting light, enjoying some jumping and flatwork and had just done a lovely couple of grid fences, it wasn’t fully sunrise so we were using the whole arena thinking the wasps would be ‘asleep’ – well the minute there was a snip of light they must have woke up as they got him in the front leg. He did freak (he was spinning, kicking, stamping etc) but I asked him to stop so I could get off to look and amazingly he stood perfectly still for me to dismount then continued having a panic when I was safe on the ground. Poor horse, luckily not too much swelling. We rode the next morning this time just doing poles, and the sods got him again in the same leg. As there hadn’t been much swelling and no lameness I rode him through it this time as I didn’t wasn’t him to see it as an escape mechanism or as something to be continually scared off (although I felt so me and did feel for him as I know the pain). I did keep any eye on him and only done another 10 mins work just to keep him focusing and he did really well once he calmed. 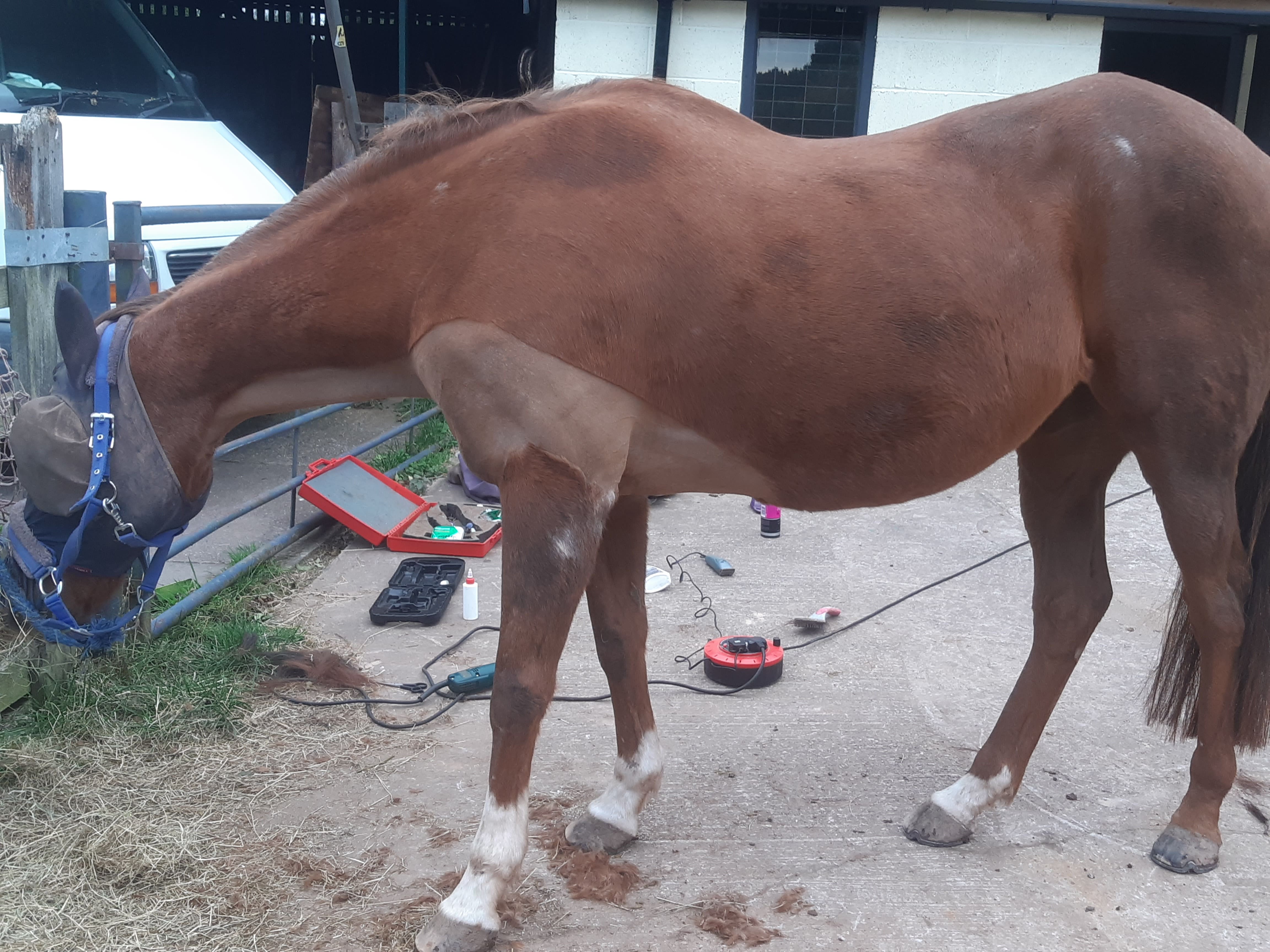 In the final preparations for Spring, we had planned to do the final summer field with seeding and muck spreading at the weekend but the weather seems to have thwarted us again, my other half was very disappointed as he had just bought a scarifier to attach to the mower that he was excited about trying out – looks like that will be next weekend’s job. The stable is being built in less than 2 weeks and we (okay ‘I’) can’t wait, it will be so nice for Aria to have a bigger stable and be away from Bob (they argue over the stable doors) so she has her own space. As we couldn’t do the field we have been clearing the area and taking down fencing etc to make space for the build – which has been tough work but we managed to get the majority cleared in 2 days, so now we are just counting the days. 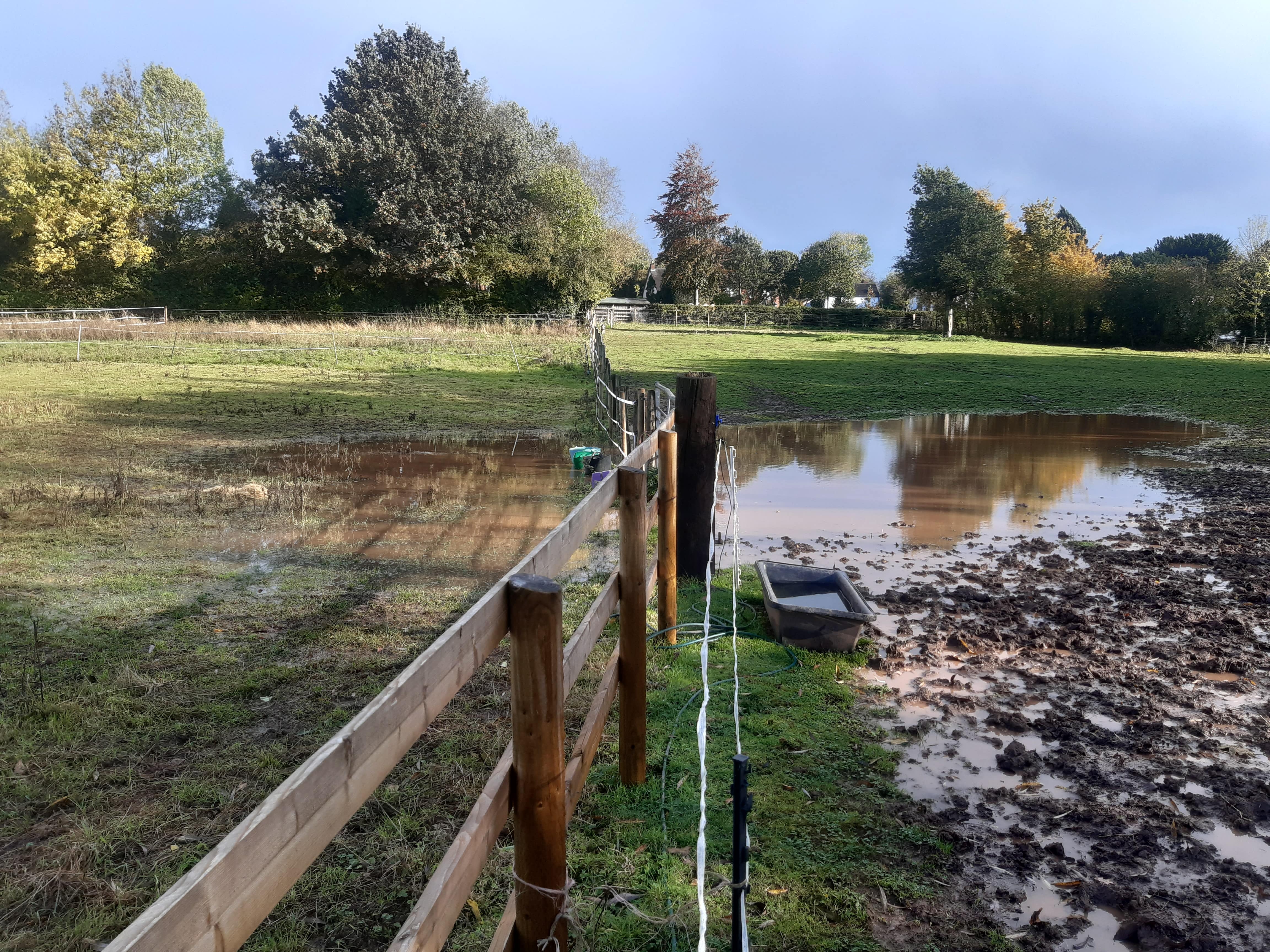 I’m also quite excited as my absolute Favourite horse event of the year is coming up shortly after the stable build – Your Horse Live!! I was so disappointed at not getting to go last year so will have to make up for it by doubling the shopping this year lol! My other half is already dreading it and has begged for them to put a man creche in where he can just hide. Who else is going?!