Paula's Blog - Winter prepping and beware of the she-devil

Well winter is on its way, the evenings are slowly drawing in and the mud has begun to appear, making my lovely green grassy paddocks resemble a mud covered swamp - like something out of Shrek 😫 (although I am loving the trees changing to the autumnal colours).

The horses have switched fields in a bid to save the back one from the ever-expanding mud patches whilst we await further updates on the arena build. Only problem is, I have discovered in the field instead of three oak trees we have five round the edge – cue me whipping up some electric fencing in double time to rope off the area!

I have been religiously collecting the acorns for the last month but can never get them all so hopefully this will work as I’ve read how ill they can make some horses so I’m not taking any chances! I’m also keeping an eye on the Maple trees as although I’ve read they are okay, I’m still a bit of a worrier.

Not only having the mud to contend with, I think the flies are making one last stand too – not sure about everyone else but we have been plagued by them in the last week. The horses are currently rocking their fly masks and have the ‘odour de Citronella’ on again – they are protected so when I enter the field I get a barrage of flying pests attacking me argh (owner praying for a good frost so no more money is spent on fly spray!).

It’s fair to say Autumn is feeling good since being on her new supplement Bosweilla - she’s a lot more forward and energetic so I cannot wait to get her jumping again!

We had a discussion about getting her clipped soon as she’s started to look a bit scruffy and haggard as her coat grows, but both Autumn and my partner did not look impressed with my ideas of some funky clips for her so may have to stay with a traditional style. I’m holding off clipping Bob until we have an arena in place as he does go quite flighty for the first week or so of having a haircut so I need to ensure I have a soft landing somewhere!

Aria has been a bit of a she-devil in the field again, I was trying to help the other day by putting her fly mask on as there were tons of the flying pests about. She was certainly not in the mood, ears back, a few squeals and stamps at me on approach and even a couple of bite lunges! (She’s never been good the first time I approach with a mask in the field).

I had Autumn (my body guard) come over to see what was happening and as I turned to see her, Aria surprised me by double barrelling and getting me right in the chest! 😈 Ouch! Luckily I had multiple layers on so was okay but it was quite a shock as she’s never done that before – just shows the unpredictability! I think she felt guilty later as when I entered the field again she nickered to me and walked over, wanting a pat and then letting me put her fly mask on happily – Horses!🙄

We have been busy the last weekend as I finally bored my partner into revamping the tack rooms. We completely gutted the back one removing the benches, shelves and all saddle racks as it all took up so much space. He put shelving all the way round the edges; put many hooks up, and a rug rack. There is so much more space now and I don’t have to clamber over things anymore yay no more assault courses when trying to dig out a rug!  Next job we have is the refitting rubber matting……………….

I hope that in the next update, I should have more information on the arena build – I’m so conscious we need to get it done before the bad weather kicks in so we are exploring a few additional avenues that should hopefully sort something. 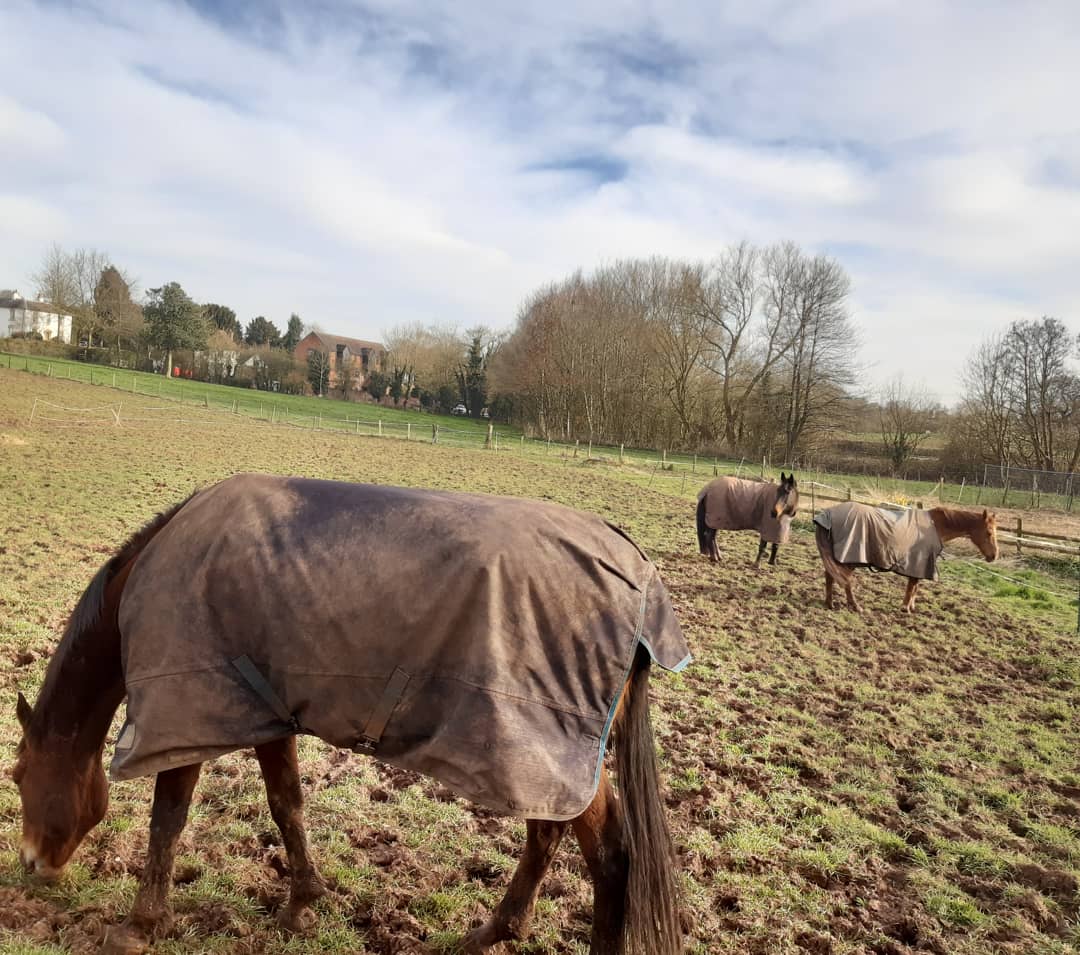 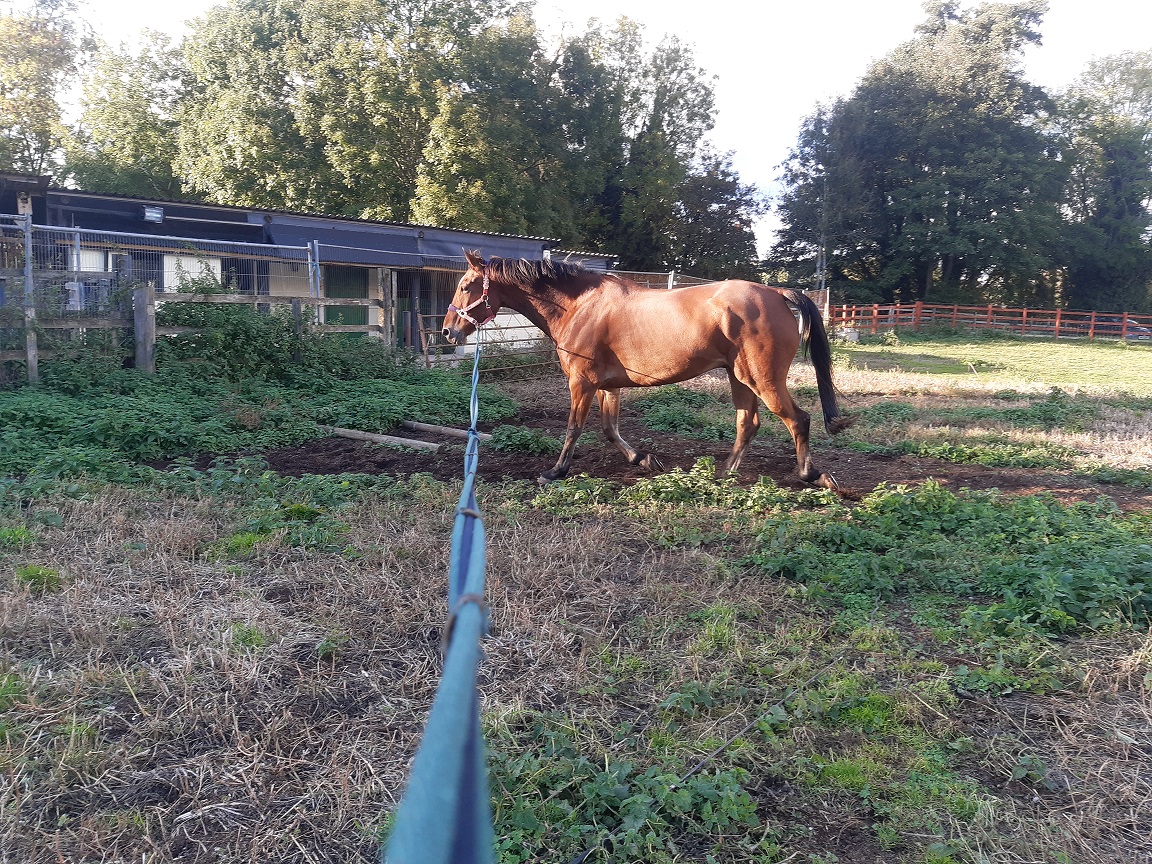 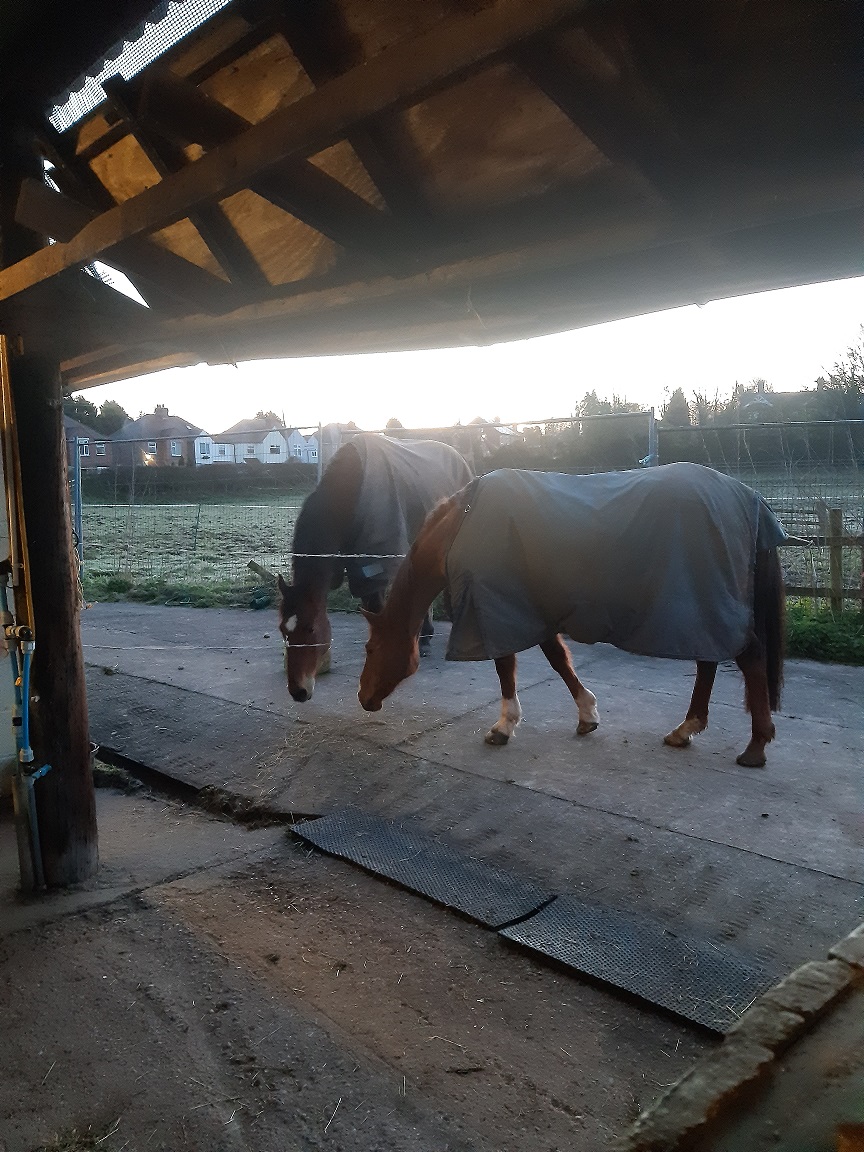 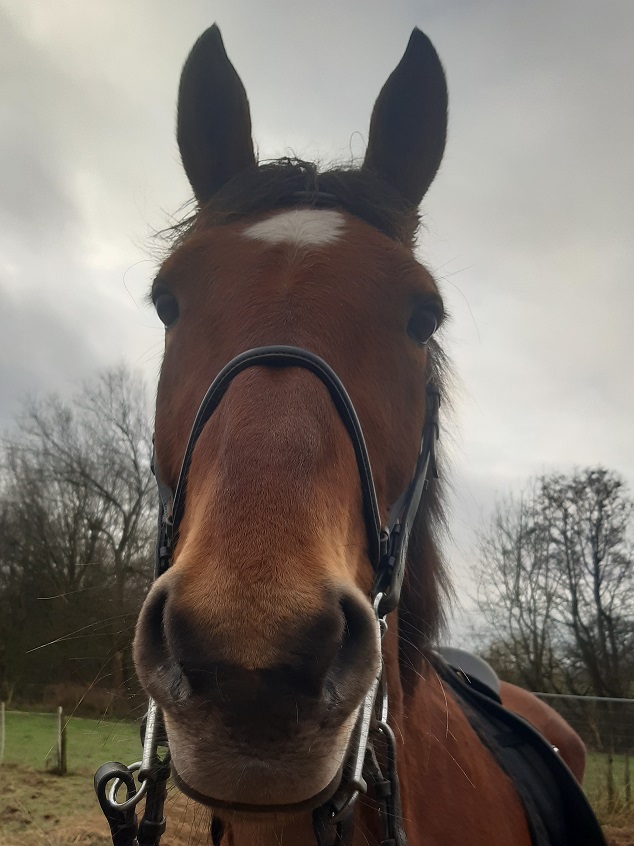