The Not-So-Secret Diary of Diva the Shetland Pony - All Change!

Well, it was time to say goodbye to Julius Caesar, after having furthered his education at the yard, and to welcome the return of Treat Yourself. Although both are similar in colour, they are very different types with Julius being a 14hh traditional pony and Treat a 17hh thoroughbred racehorse.

Treat is not happy travelling alone and so Jackson had a day trip out to keep him company and travel back with Julius. It was nice to see the little fella and hard not to try to sneak Jackson into a stable too. I also had a little chuckle at the driver being towed about by him whilst Michelle brought Treat off the box. 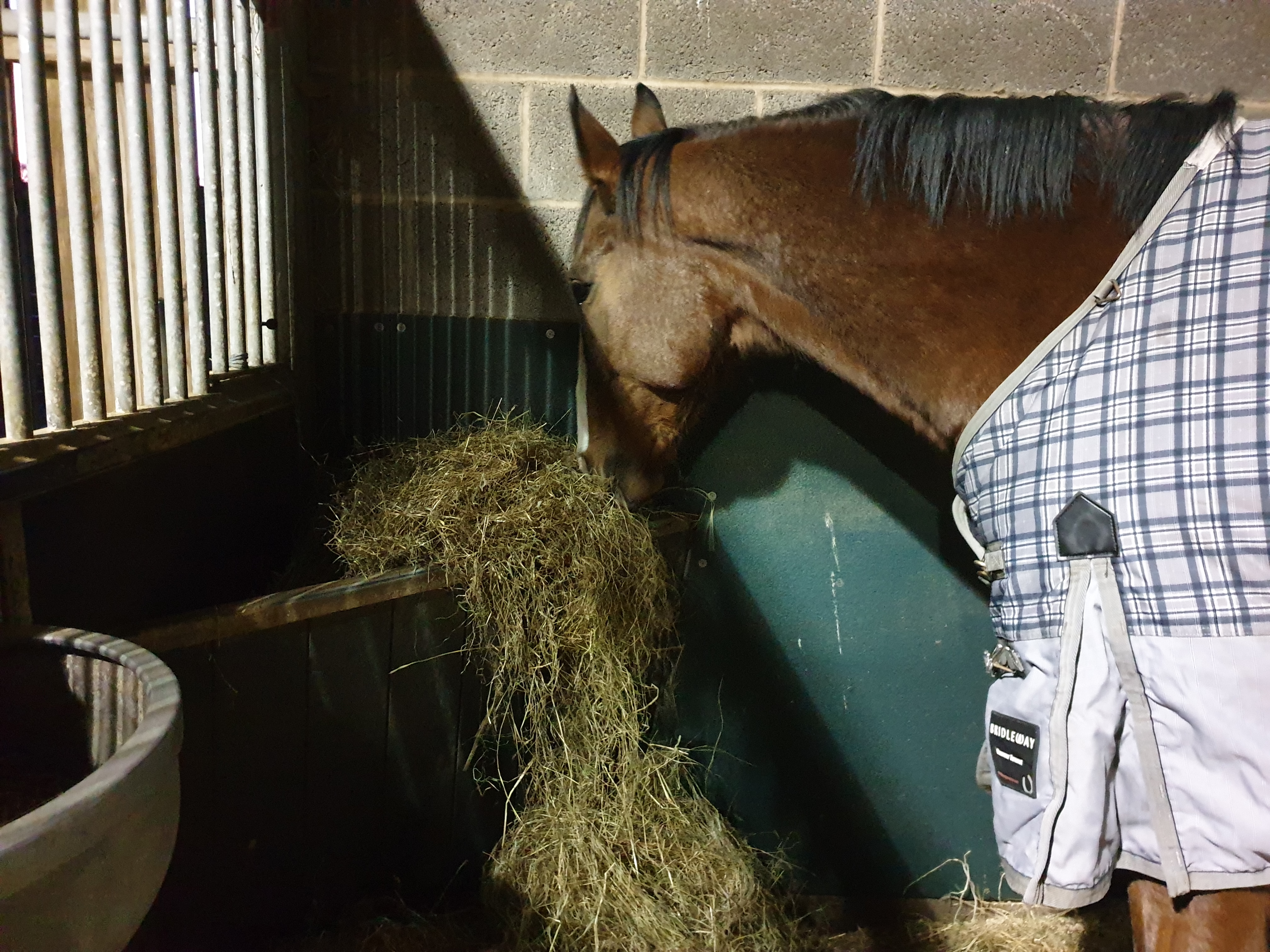 Julius trotted up the ramp with barely a backwards glance at me, and Jackson loaded like the little professional he is. I doubt there is a more well-travelled Shetland pony than Jackson. In addition to the shows he attends, he has been to some of the most prestigious racecourses when accompanying the racehorses. The horse box was a long stall or stallion stall, and one thing that was really nice – and not often seen – was a grid on the door in front of Jackson that went low enough for the Shetland pony to see out of! I’m sure Julius would be unimpressed if he knew how big the on board camera made his bum look! 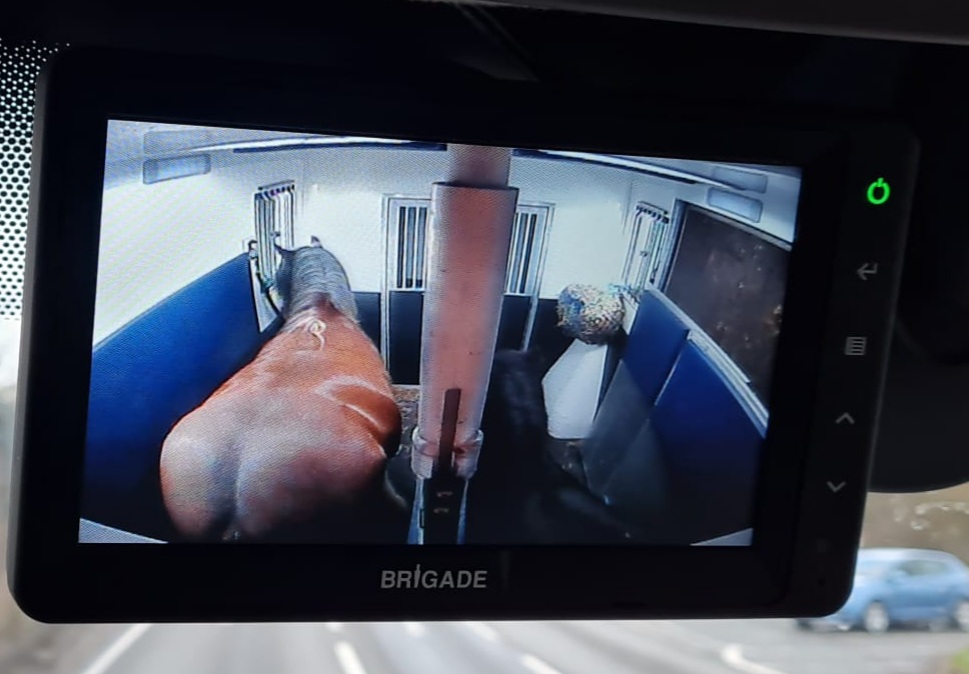 Treat went in to Julius’s stable opposite Mabel. He took a day or so to really settle in, but now he is very happy going on the horse walker every day as the first stage of his return to work. He absolutely loves having a roll, and as soon as he goes back in his clean bed, he will have a dig and then roll.

Mabel had to say hello when he first arrived. I think she was batting her eyelashes at such a tall, handsome younger man. Diva was unimpressed by him! 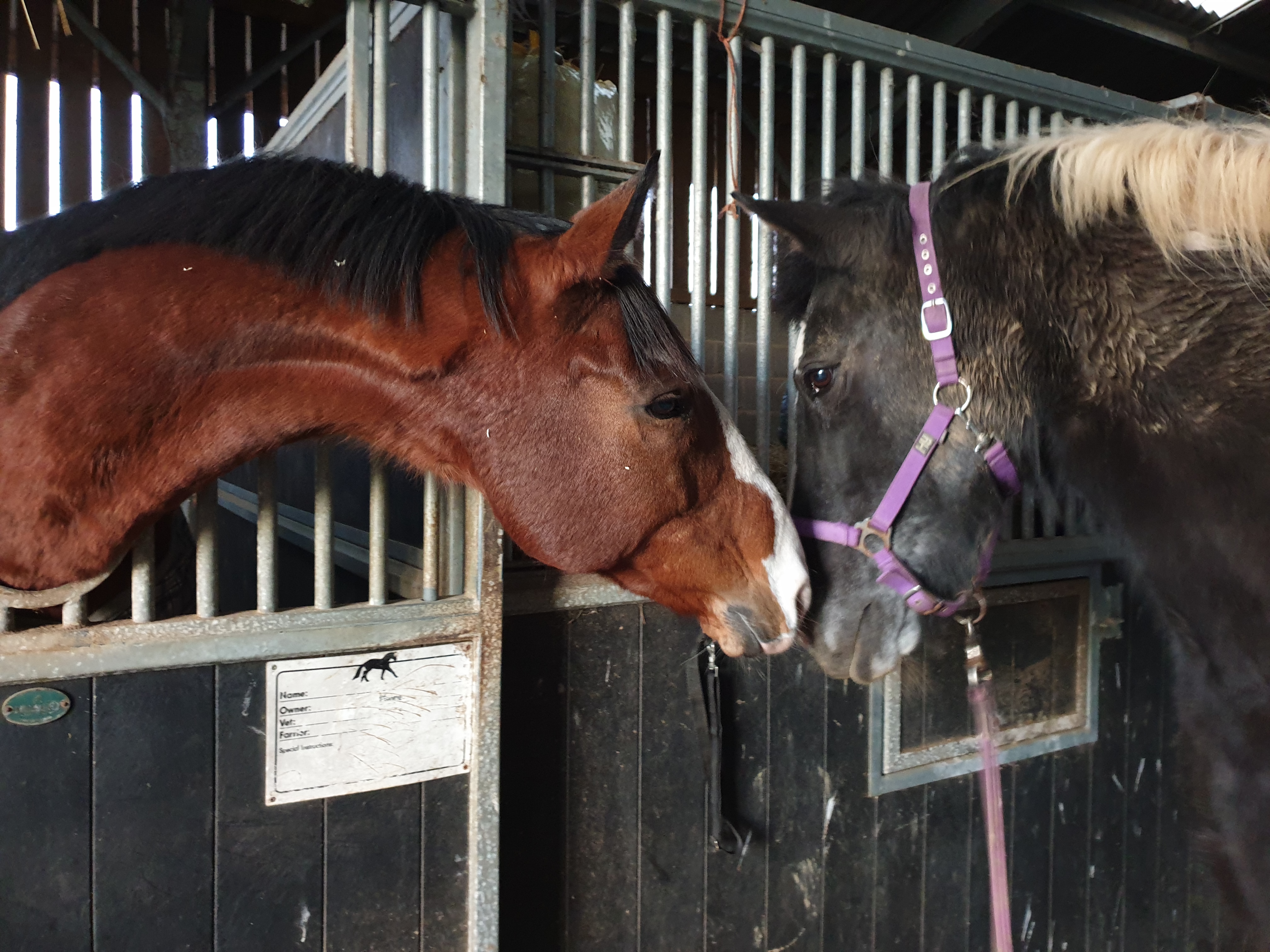 He has got such a long stride that I almost have to trot beside him to keep up, even though he is perfectly mannerly to lead out. It does make me chuckle when I have to stand on tiptoe to put his headcollar on and then go to Diva and bend down to put hers on. I am sure Diva thinks she is just as tall as Treat! Small pony with a big attitude.