The Not-So-Secret Diary of Diva the Shetland Pony - Escape!

Following on from the last blog about diets, both Diva and Mabel took advantage of me getting in a muddle with the gate of the sectioned-off part of the field.

I normally let both girls onto the bald side and then hook up the electric tape gate, however, the other day it was tangled up. I could see both Mabel and Diva eying the gap to the grassy side, so I shooed them away. Mabel ambled down the field a little way and Diva headed over to the water trough. I wasn’t suspicious of her motives as she often has a drink as soon as she goes out. But I had been had! 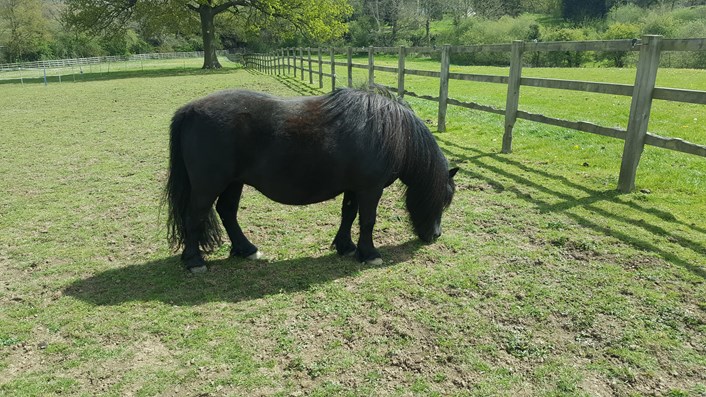 Out of the corner of my eye I spotted – too late – that Diva was making a break for it. To add insult to injury, the main gate to the field had blown open, so she dived out of there and off down the track in front of the paddocks at a gallop.

“Oh, damn and blast,” I said, or words to that effect perhaps turning the air a little bluer.

I gave up untangling the electric tape gate and dashed out to see where Diva had got to. She hadn’t gone far and was watching me closely. One step in her direction and she squealed and trotted farther away! 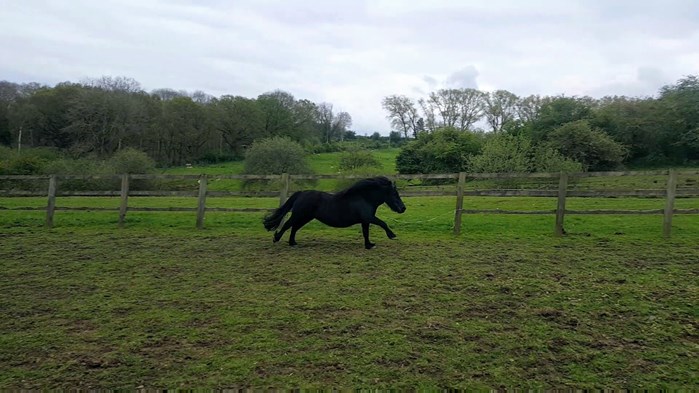 I glanced back at the field to see Mabel tiptoeing towards the still open gateway to the grass, and the field gate proper still wasn’t entirely closed. Things weren’t going well. Another step towards Diva caused another squeak and several more strides away from me.

Despite Mabel being the most mannerly horse that ever lived, the temptation was too much. She decided enough was enough and strode onto the grassy side with a guilty glance in my direction. I was rooted to the spot. Diva who had been watching carefully, suddenly let out another squeal and galloped towards me. The intelligent little pony had no intention of being caught or going anywhere near her field until she noticed which side Mabel was on, and then without me moving towards her, she shot past me, through the gate and joined Mabel on the grassy side with a triumphant buck and kick. 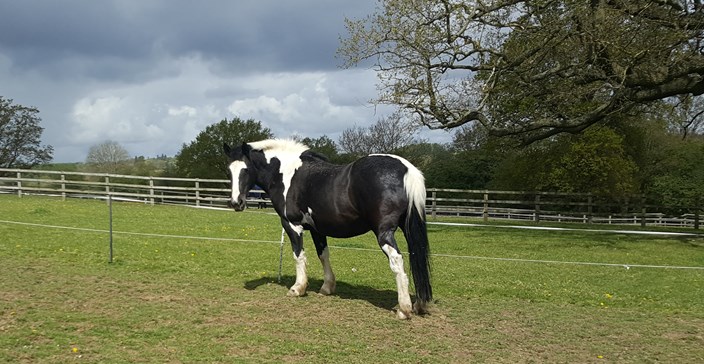 As I was running out of time before I needed to leave for work, they got to stay on the grassy side for the day. I don’t think they minded too much at having to go on the horse walker when they came in. They needed to burn off a few calories!