The weather has been up and down of late, to say the least. Rugs on, rugs off. Out at night, back inside. Thankfully, the weather has dried up again and so the horses are staying out. Diva much prefers being out 24/7 now the days are longer, and she is so comical on evenings she has to be stabled as she usually does laps of the field bucking and squeaking before consenting to let me catch her. In the depths of winter she was more than happy to come in. 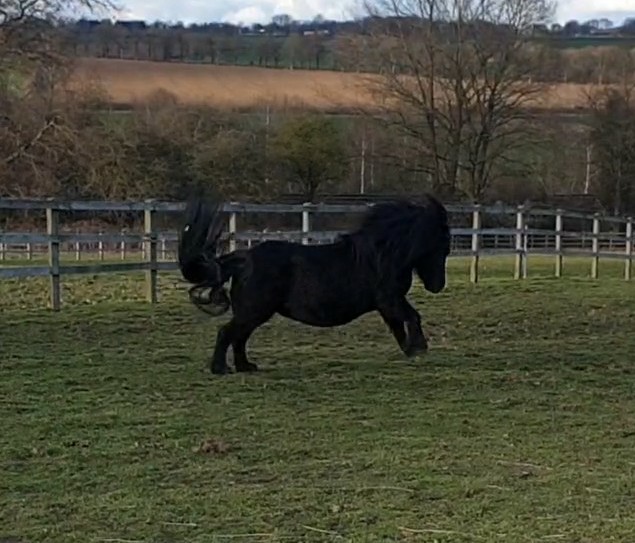 For some time now, we have been on the lookout to upgrade our horsebox as we are tending to go further afield now and need something with a little more power. Our problem has been trying to find an affordable lorry that is as strongly made as our beloved old girl.

It took several months and some disappointments but we finally found the box for us at National Vans and Horseboxes. They build their own boxes, but had a second-hand sleek grey Bloomfields Legacy for sale that made the trip up to Penistone worthwhile.

We weren’t disappointed in the build quality of the Bloomfields box nor the service provided by Chris of National Vans and Horseboxes. He even installed a little gate to prevent the Shetland ponies from getting their heads under the breast bar. We did have a chuckle when Chris asked what horses we had and we replied from Shetlands to 17hh ex-racehorses. A bigger engine will mean the long motorway journeys are a little easier. It also has a camera in the horse area which is reassuring when travelling alone, however, since the floor and walls to about four feet high are black, spotting a black Shetland pony isn’t easy. When I had Diva in it, all I could see was the haynet moving! Flora quite fancied being the driver that day too. 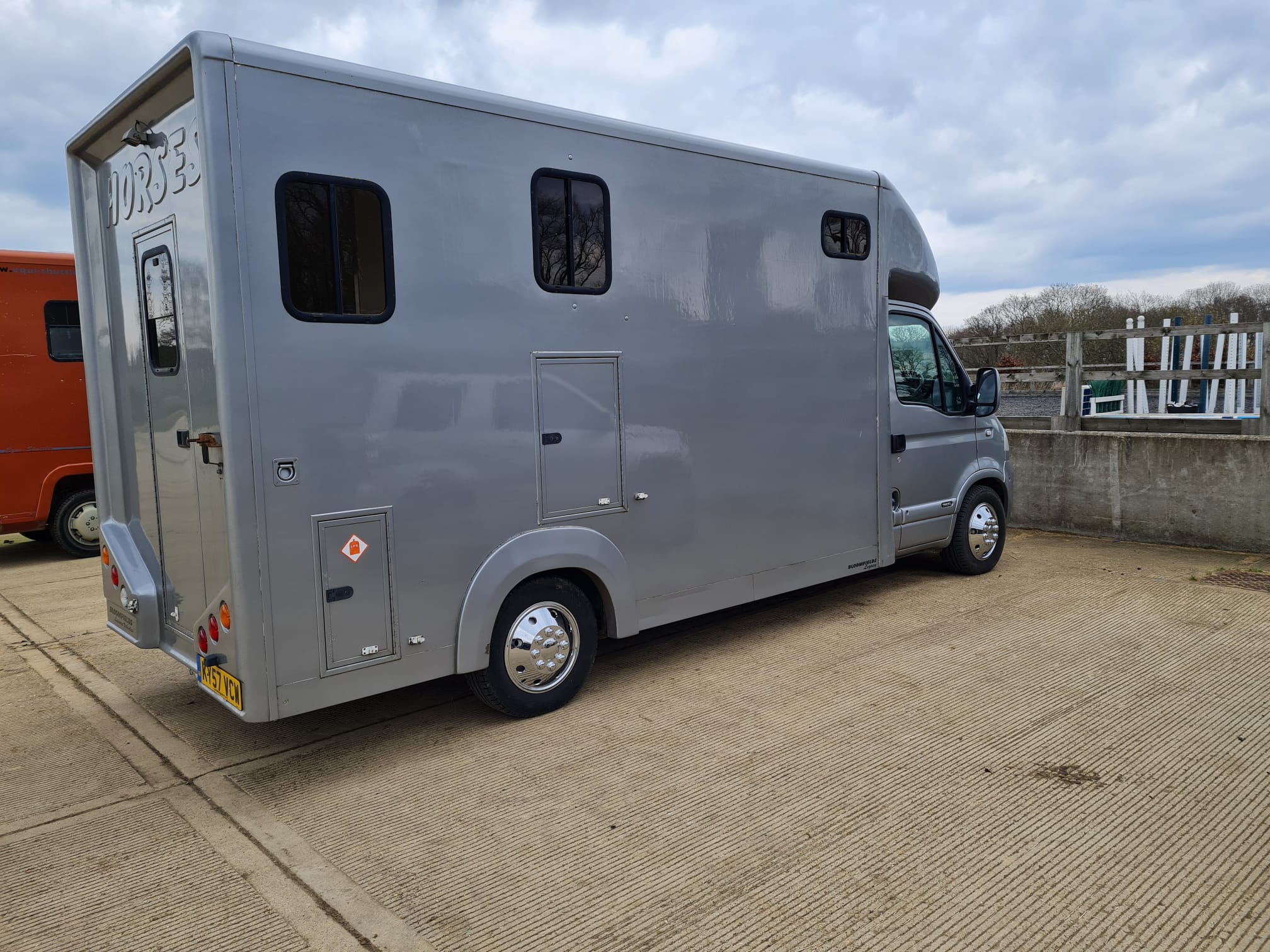 We aim to find our lovely solid old horsebox a good home for someone doing more local shows. It is silly to feel disloyal to a horsebox, but we do. She has been such a good servant in the 18 years we have had her and she got us all the way to Chard in Devon last year without any problems. 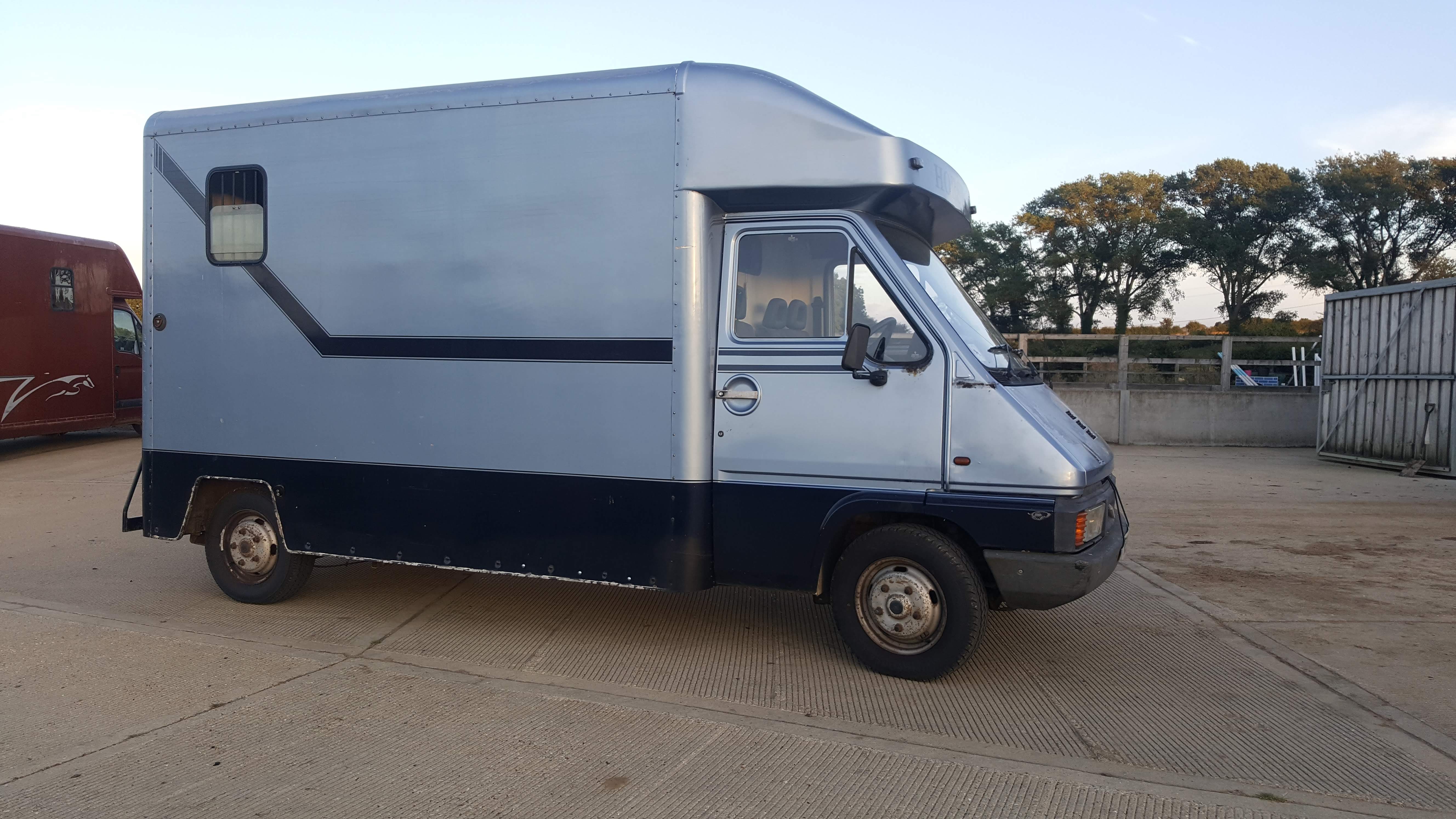 Now we have the new box, I had better get those Royal Highland Show entries in!