Diva and I were very sorry to see Jackson return home to my sister, though it has been an easy time for me with only Diva and Mabel to look after. 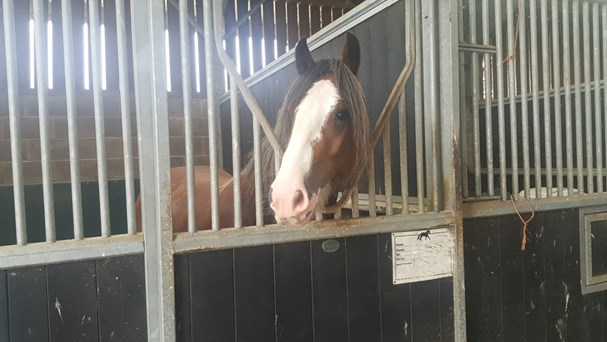 However, this all changed last weekend when Michelle delivered Julius Caesar, a skewbald traditional pony, to take advantage of the super facilities I have access to at STX Equine.  Already a winner and champion in the show ring, and like many other horses and ponies, his campaign was affected by the lockdowns due to the pandemic. We have great ambitions for him next season so he is with me to get muscled up by using the walker, being lunged and – once his fitness is sufficient – being schooled to the highest level. 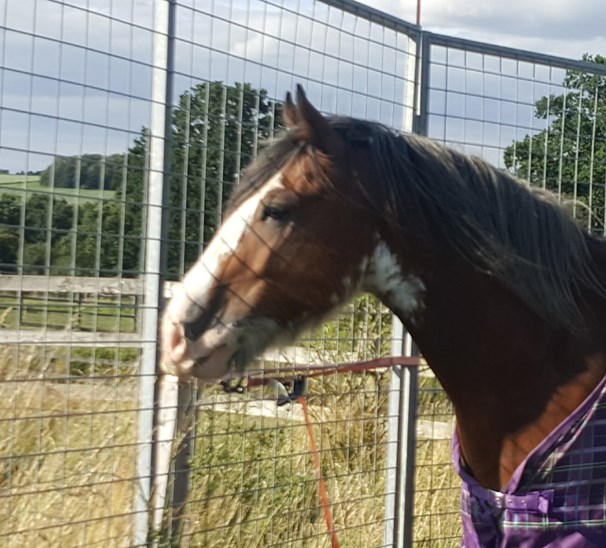 I will start him off gently as it is his first time away from home. He’s a very sensible pony and has settled well. He has been on the walker with no problems and had a little loose lunge in the school. I think the part he has enjoyed the most is the turnout pen, where he had a little buck and kick before getting down to the serious business of eating the grass.

The plan is to have him turned out with Mabel during the day once I am sure he will respect the electric fencing as he hasn’t been in a field with it before. So I am buying new batteries for my energiser and hope he gets a little snap on his nose to teach him to respect it. Diva is going out with Mabel overnight. 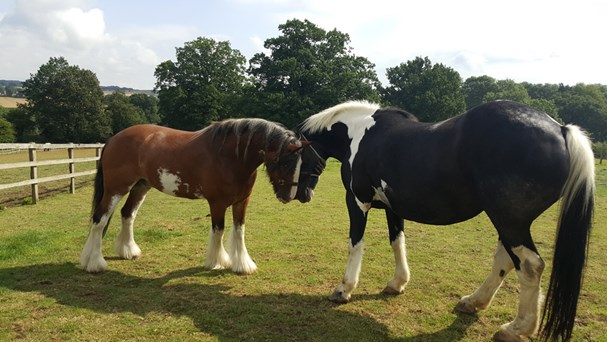 Julius is not only in an unfamiliar yard, but he is also with an unfamiliar person – me! It is important to get a relationship started with him and the easiest way to do this is to simply spend time with him and give him a bit of a pamper. 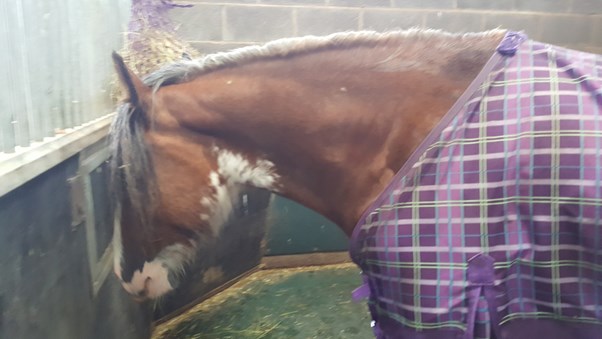 His mane was tending to fall to both sides of his neck, so I brushed it over and put it in long plaits to train it to lay on the right side. It is important when you plait a mane over to keep the plaits loose at the top so that they won’t pull when the horse or pony puts its head down to eat. 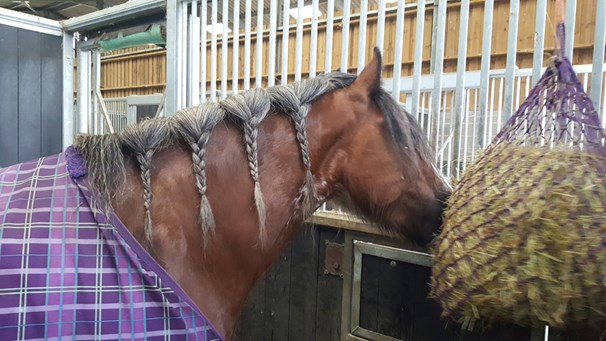 Julius has his own Facebook and Instagram accounts – Julius Caesar the Mini Budweiser Horse – so why not take a look and see what he’s been up to previously.