Diva and Jackson have travelled to shows together several times but, as we try to enter Jackson for gelding-only classes rather than mixed mare and gelding ones, they had never competed in the same class. However, we made an exception last weekend and travelled to the Newark Showground for the NCPA show.

We arrived in plenty of time and strolled over to see how the ring was getting on. It was much further on in the schedule than we had thought and so we checked re class numbers with the secretary. Having been told there were very few in the classes before ours, we dashed off and got the ponies ready. When we got to the ring, things seemed to slow down and so we waited for much longer than we expected. 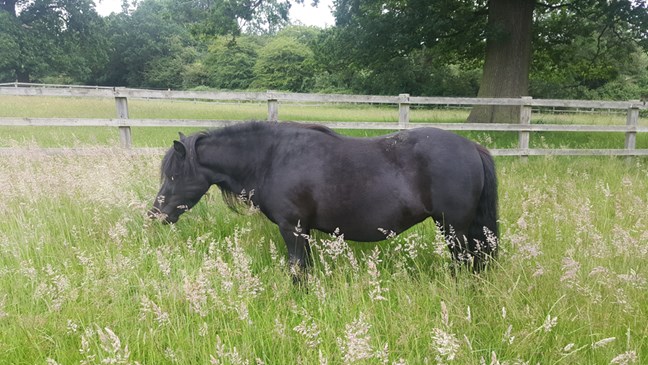 Finally, it was our class. Diva strode around the ring boldly and stood well for the judge. Jackson had been stung by a horse fly just as he went into the ring, poor fella, and had a great big lump come up on his side. Despite this, and having not been in the show ring for two years, he showed himself well. 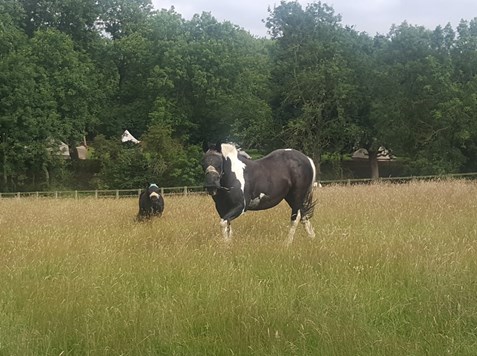 Diva was awarded second place, behind the same pony as at the previous show (now a multi-champion), and Jackson was fourth.  At the end of the section of classes, several championships took place. Diva wasn’t in the ribbons, but Jackson was Champion Gelding. He is such a star.

Unless we find another show in the meantime, our next one will be the Shetland Pony Studbook Society Breed Show at the end of August. It was great fun to have both ponies out and both did really well. 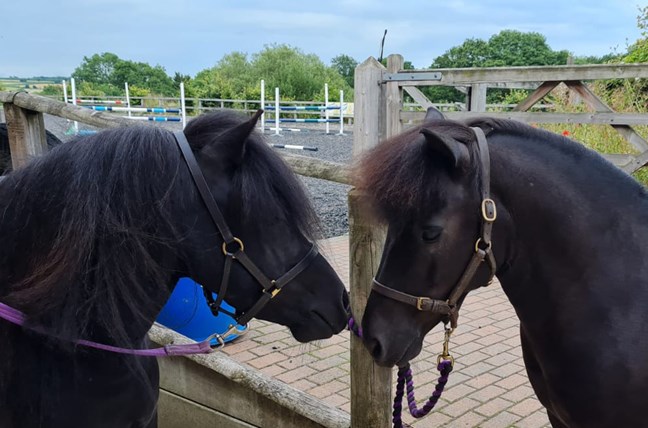 It was Diva’s fourth birthday on the 13th of July. I can’t believe she is four already. After being off the good grass for a while to keep her weight under control, I decided she could have a couple of hours in the long grass as a treat. Its stalky nature means it is better than the lush short grass at this time of year. She really enjoyed having a gallop and buck as she went to the bottom of the field with granny Mabel in pursuit. Soon the pair of them had their heads down, munching away.