The Not-So-Secret Diary of Diva the Shetland Pony - Road Trip!

The Shetland Pony Stud-Book Society (SPS-BS) holds an annual breed show. Its location moves around the country each year. The last show held was in 2019 on Shetland, a trip I will never forget, but we had to leave our ponies behind that time. The pandemic put paid to the planned show for 2020, so the committee had to wait an extra year before putting on the 2021 show at Chard Equestrian Centre, Somerset.

I googled the venue and the distance, and despite the prospect of a five and a half hour journey, we decided we just had to go. It would be Diva’s first time competing there but Jackson went to the 2018 show and came away with a fifth in the pouring rain!

Jackson and Michelle drove up to Rutland to stay overnight at the yard with Diva before we headed off the following morning. Both ponies had baths and the jawline trimmed up as is allowed in the breed rules. It is amazing how if defines their heads. We packed up the lorry with everything two ponies and two people would need for four days away. We had opted to travel down on the Friday, with Saturday being a free day before the show on Sunday, and then drive home on Monday. 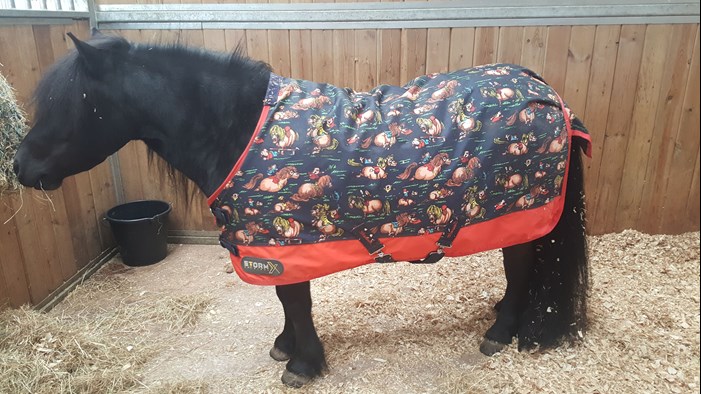 Both ponies trotted up the ramps and settled nicely, munching on their haynets. We climbed into the cab of our trusty horsebox and off we went. We had a good run and had a stop at about halfway to have a leg stretch and check the ponies, offering water and a carrot. The latter was of much more interest! We hit a bit of traffic around the Bristol area, but luckily we kept moving, if slowly.

The Sat Nav postcode we used led to a dairy farm a mile or two short of our final destination, but we were soon driving in the entrance to Chard Equestrian. As soon as we parked up we made our way to the stabling to find out which stables were ours for the duration. Stables 17 and 18 were at the end of the barn and we quickly got them bedded down and put hay and water in them so the ponies could be brought down. Diva and Jackson looked as fresh as daisies despite the road trip and we allowed them a pick of grass in the sunshine before being put to bed. 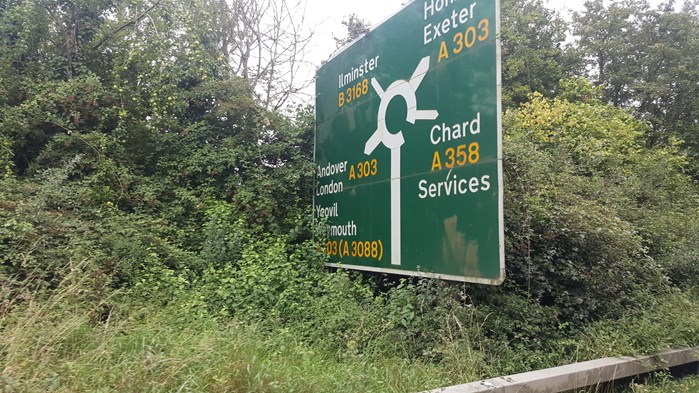 We then turned our attention into making the horse box our camper van and after we had it cosy, we headed off to explore. Chard Equestrian is a great venue. There is a tack shop, café, bar, and feed shop all under one roof. As we were looking around, the owner brought us both a glass of champagne. Now could a place be any more welcoming than that! I don’t have much of a head for alcohol and on an empty stomach I felt a bit tipsy – lightweight I know! 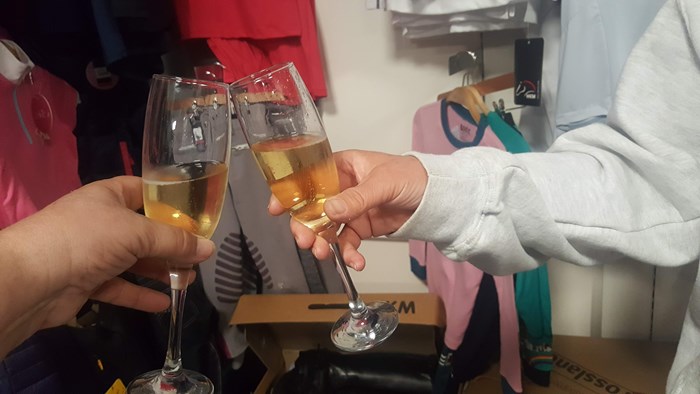 On Saturday we gave the ponies a lead out and to their delight found a nice patch of clover for them to graze on, then we got changed and set off to explore the local area. We opted to explore the market town of Crewkerne and enjoyed looking around the museum. The countryside was stunning and much hillier than I expected with narrow single track lanes interspersing the fields.

We collected our competitor numbers and received another nice surprise. The committee gave every competitor a commemorative mug with, of course, an iconic Thelwell cartoon in it.

Sunday morning saw an early start as Melland Jackson Jive and Michelle were in the first class of the day in the Standard Black Ring. The sun was shining and showing off his dapples, and we were pleased with his third place.

Then it was Diva’s turn. The breed show had put on a class for four year olds since they had missed their final year in youngstock classes and so I opted to support that class. Diva (Melland Queen of Scots) was bright as a button and like Jackson came third in her class. 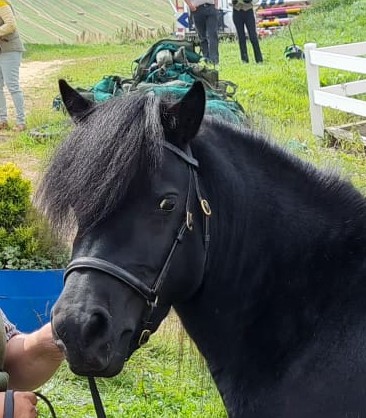 She was the highest placed novice pony and so qualified for the Best Novice Black Standard class. I was absolutely delighted when Diva was given the title. We then had a long wait for the Supreme Novice Championship in which just Diva and the winner from the Standard Coloured ring competed for the honour. Though the decision didn’t go Diva’s way, the lovely grey pony went on to be Supreme of the Show, which meant Diva was beaten by the very best pony there. I was tired out by the end of the day but Diva could have kept going, I’m sure. She is like a little Duracell bunny. 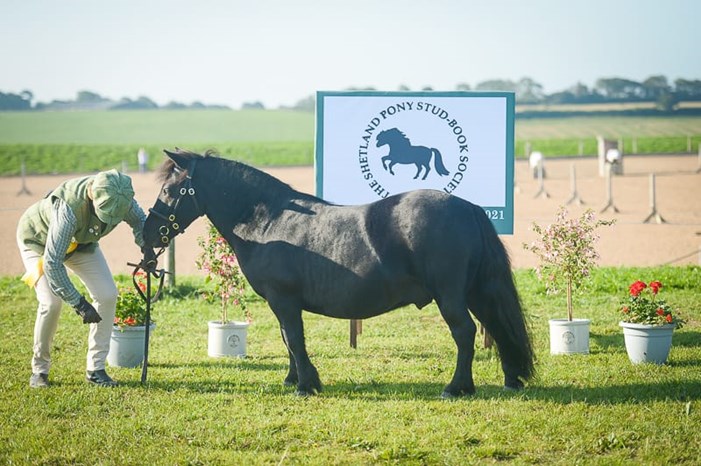 We got up early on Monday to get a good start before any potential Bank Holiday traffic jams and had a thankfully clear run home. Michelle and Jackson stayed the night in Rutland before going home on the Tuesday.

It was a big adventure for our little ponies, but fun was had by all and we had great results too. Next year’s show is in Builth Wells, Wales, so we had better start planning our road trip!