It’s been all change at the yard this week, as we waved goodbye to Treat Yourself – who has completed his rehab on the horse walker – and returned him to my sister. He will have some time out in the field before he starts being trained around Christmas time. 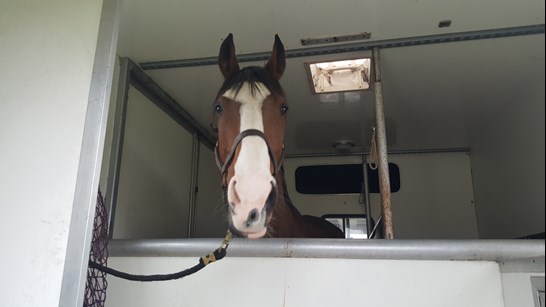 Many horse and pony owners are concerned when the vet prescribes box rest for their charges. However, in my experience both with my own horses and when working professionally with others horses and ponies generally do well and relax into their new regime. Care needs to be taken so they don’t get too fat whilst inactive, and enriching their environment with toys and hanging up swedes or carrots for them to eat can help. If they don’t settle, trying a calming product might be useful or ask your vet for advice.  With many conditions, box rest is vital to a full recovery. Treat’s scan results were very positive, and so his box rest and rehab on the horse walker at STX Sport Horses has been a success and totally worthwhile.

I was sad to see Treat go, despite him eating me out of house and home and being rather messy in his stable!

The stable, however, was not to be left empty as the Shetland pony Melland Jackson Jive has come to stay in his place. Jackson’s sire is my Diva’s (Melland Queen of Scots) grandsire. I think I feel more worried about looking after Jackson than I did Treat, as Jackson is my sister’s favourite – but don’t tell her others! 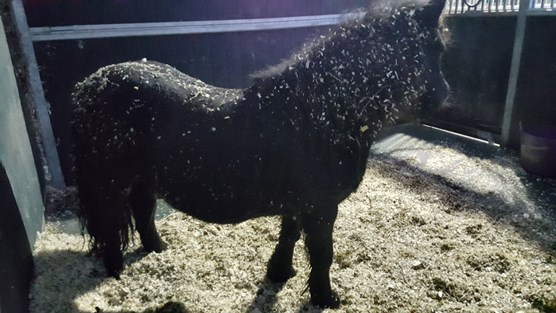 Jackson has travelled all over the country as a companion to my sister’s point to pointers and hunter chasers. He generally creates a stir when going into the stables on race courses such as Kempton. At point to points there are no stables, and so he comes off the box for a pick of grass before going back on with his hay net and carrots whilst the other horse runs. 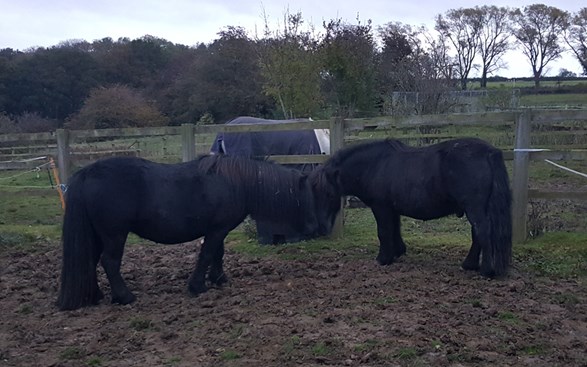 He has also won classes at the major shows such as the Great Yorkshire Show and so is truly a versatile little pony.

At the moment, however, Diva has decided she is not fond of sharing her field with Jackson, and so I will have to do some work to get them comfortable in each other’s company. Happily, Mabel is fine about the incomer. 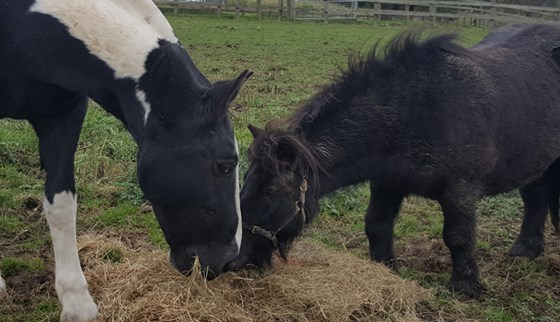