The Not-So-Secret Diary of Diva the Shetland Pony - We’re Out Out!

With the ongoing pandemic restrictions being somewhat eased, people are getting quite excited about going out to the pub or for a meal etc, or ‘going out out’ as has become the popular phrase!

It’s the same for us horsey folk too. Shows have been run in the past few weeks with everyone glad to have the chance to compete, albeit with Covid 19 restrictions in place. 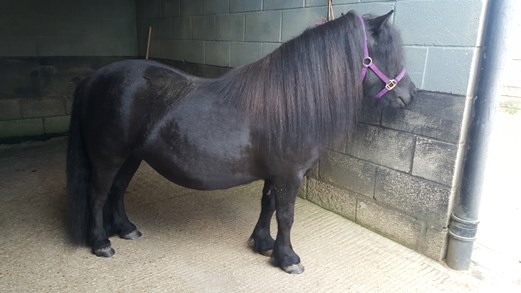 Diva’s last show was in August 2019, if memory serves me right, so I felt rather rusty at getting my show gear and Diva ready for the show. It didn’t help that I was ill for two days leading up to the day and so was quite behind in my preparations.

Luckily, a small black native pony doesn’t take an awful lot of getting ready. I washed her mane and tail two days before the show and gave her body the hot cloth treatment to remove some of the grease in her coat without having to bath her too fully as she is turned out a lot at this time of year. I then trimmed her beard, to neaten the lines of her head. I am always amazed at the different this makes. 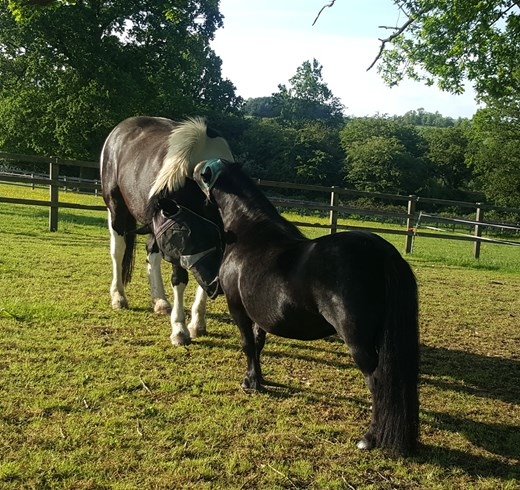 I kept her in the stable on the night before the show and put a light sheet on her to keep the dust off and help shine her coat. I loaded up the horsebox with my showing outfit and ensured Diva’s bridle and grooming kit were in there in addition to a carrier of water.

I have to confess that I didn’t sleep very well that night and so waking up early wasn’t a problem. I got to the yard, checked that Mabel was okay as she had been out overnight and then brought Jackson in for the day. I then brushed out Diva’s lovely long mane and tail before wiping her over with a cloth, putting on a tail bandage for travelling and then loading her up. 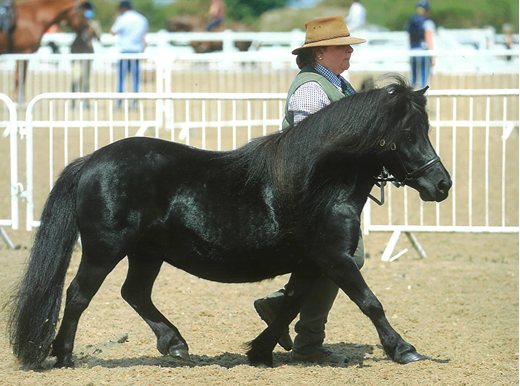 After missing a class with Mabel years ago when they ran extremely early, I have been a little paranoid about ensuring I am not in that position again, so we arrived at Arena UK with plenty of time in hand. I checked that Diva was fine before heading to the ring to see what class was on.

When the section before ours had started, I went back to get changed into my outfit and to give Diva a final wipe over. I was ringside and waiting for our class when my friend Jill arrived to lend a hand and moral support!

Unfortunately, the pandemic meant that Diva missed her final year in the youngstock section and so now was competing in the Shetland pony mare four years old and over class. It was great to be back in the ring with her, and she made me chuckle by having a little squeak as we were doing our individual trot. She thoroughly enjoys being in the ring. 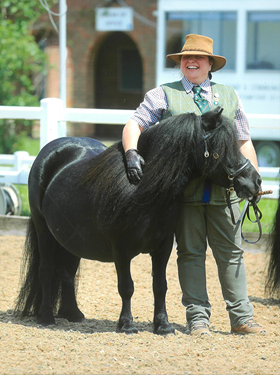 I was very pleased with our second place behind a six-year-old mare, as Diva hasn’t yet got to her actual fourth birthday. That pony then went on to take the Championship, and you cannot be disappointed at coming second to the Champion. Our placing also meant that Diva has qualified for the NCPA Pony of the Year show in September. All in all, it was a good day at the office. It was lovely to be able to chat to other like-minded people and new friendships were made.

I put Diva into her stable for a little while when we got home as I saw to Jackson and Mabel, but then to Diva’s utter delight, I turned her out for the night with Mabel.

Not only is Diva a cracking example of the breed, she is such a lovely character, I am very lucky to have her and will always be thankful to her breeders, Mr and Mrs Britland of Melland Shetlands for allowing me to have her.

The official photographs are courtesy of Equinational Photography and reproduced with full permission.