The troublesome trio have definitely been disruptive this week that’s for sure! After a fairly long time of quite good behaviour they decided it was time to revert!

Aria has been a bit of a pain this week – we did some schooling work and the little devil decided she was to full of it to concentrate!

Whilst lunging she was turning in on me, emergency stopping then spinning the other way not to mention the bucking, bronking and striking out with her front legs! 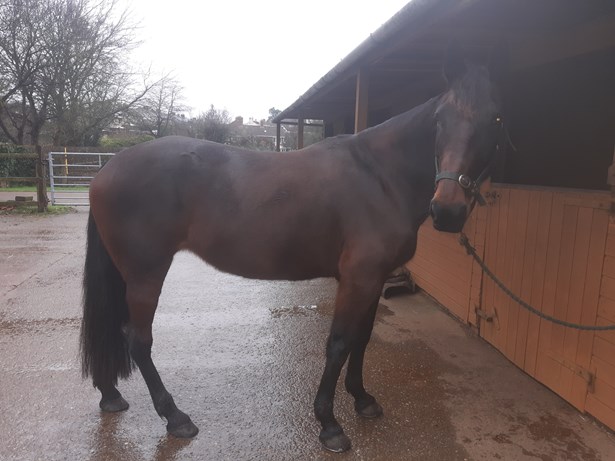 A complete change to the last time and very full of attitude which made for a very interesting session. She did settle down eventually…. And I got a bit of good schooling from her but it wasn’t without a battle! She is definitely one feisty mare and not for the faint hearted!

I’m pleased to say Autumns' mud fever is healing up nicely hurrah! I’ve changed them to one of the summer paddocks (so less mud), been applying some cream to sooth the angry skin, and also had her on the mud heal supplement from Dodson & Horrell.

She too is feeling full of herself, on lunging her one evening all she wanted to do was canter or do her very very fast trot – making me very dizzy as she whizzed around!

On riding her one of the evenings she was ready to go, a nice warm up with energetic trotting, then cantering, cantering and more cantering!

I thought hmmm she would be getting a bit tired after laps and laps of canter so I loosened up the reins – Big mistake - that split second off she went at a gallop! 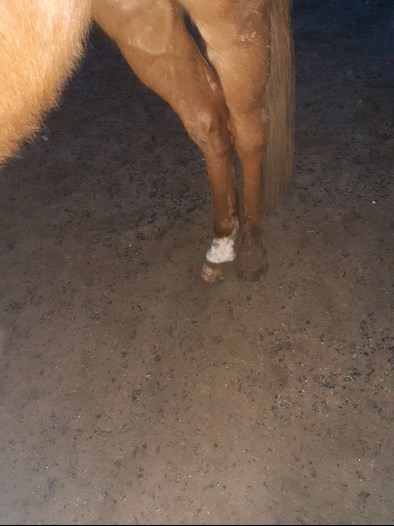 She was exceptionally zippy and loved it! I have to say I was very pleased as I love the fact she is still energetic at her age and that she still loves her work (she even managed an over exaggerated square halt – check out those feet in the pic!).

She has not been the best behaved all week though as she thought it was a good idea to sniff the electric gate handle the other night (why oh why you silly horse), she got zapped and sent all the horses into a frenzy as she freaked out from the shock of the fence! Each time I settled the other two – off she went again!

So much so that Bob nearly ran me over in his panic and then galloped and turned so fast he fell over.

My heart skipped a beat at that point until he was back on his feet and sound (last time he did that he gave himself a dead leg, then a vet visit later he was fine and I was £’s down for an examination argh!). She was not in my best books for initiating that I have to say! 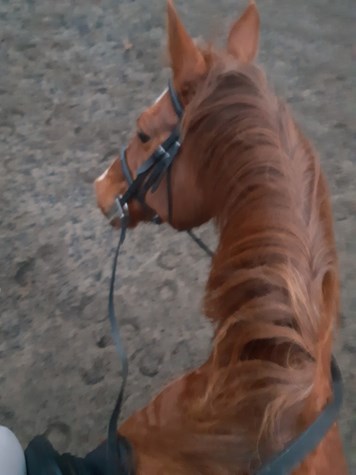 Bob – well this one has been in trouble this week! Only shod a short time ago, and as I came up all prepared to ride one evening, I discovered that the bumbling oaf had managed to pull a shoe off ☹ and not in his normal way – when I found it in the field it was a lovely twisted shape as if he was trying to make some art!

Argh! Luckily he hadn’t done any damage to his hoof, so several pleading texts to my farrier and he came out to put the shoe back on.

Bob’s had a few days off thanks to this so I’m sure it will be fun getting back onboard…Not (best get my parachute ready if the other two are anything to go by!).

I do think these three take turns in finding ways of costing me more money or work at times! Luckily for them I wouldn’t have them any other way……well most of the time haha!

I have an exciting time for them coming up that hopefully we can share next time…fingers crossed!