I spent a lot of time with Diva so she would get to know me and I could gain her trust. It was no hardship to groom her, pick out her feet and cuddle her (I mean check her over!) on a daily basis. She had also come with a warning that she could occasionally be tricky to catch.

The stud had produced her to have beautiful manners both in and out of the stable, and despite her not knowing me at all, she never put a foot wrong when I led her out for her to have a pick of grass the day after her arrival.

I have introduced many horses and ponies to new arrivals over the years but had never faced the challenge of introducing ones with such a difference in height. I became super cautious, as a kick from one of my girls could be at Diva’s head height.

Luckily, my yard has a round pen—the sort which is normally used for convalescing horses—that I could use for Diva, so on day two I turned her out in there. She had a little trot round and inspected the water bucket before settling down to eat the grass. When I went to get her in later, she backed away from me initially, but with a gentle word and a carrot (more probably the carrot) she let me catch her and take her in for the night.

I continued to do this for several days, and soon she would come straight up for me to catch her. The pen was next to Talisman’s field. He’s a lovely gentle twenty-eight-year-old chestnut Quarter Horse gelding. I would often see him standing close to the pen, and this gave me an idea about the next stage of Diva’s introduction to the yard. 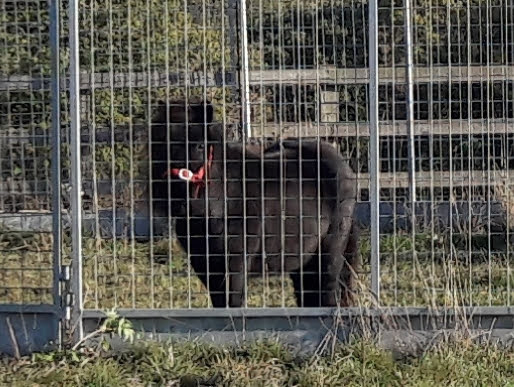 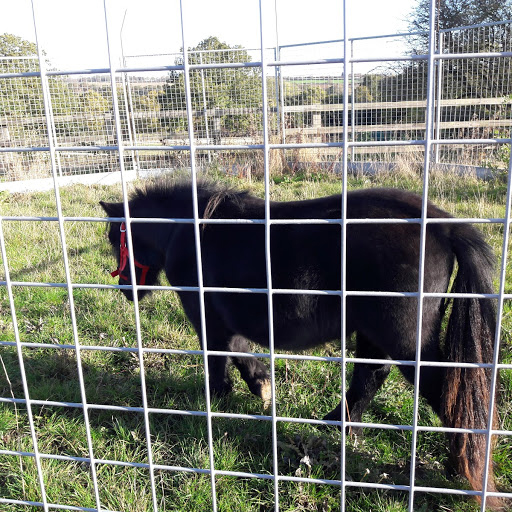