What to do if your horse has a nosebleed

Seeing blood streaming from your beloved horse’s nose can be extremely upsetting for even the most experienced of owners. While in many cases it probably isn’t serious, how can you know whether it’s a simple issue requiring basic first aid? Or whether it’s a medical emergency requiring an urgent visit from a vet? Equesure will give you the lowdown on the most common causes of nosebleeds in horses and how to treat them.

Keeping well informed about the various conditions your horse could suffer from is not the only way to protect them from harm. Having well-maintained transport for your horse is important when it comes to providing the best horse care. There are many times in a horse’s life when you’ll need to take them somewhere. From exploring a hacking route far from home to a trip to the vet or farrier, a horsebox or trailer is vital.

By arranging horsebox insurance through Equesure you can make sure this expensive piece of equipment is well protected from harm. Remember, if you take care of your kit, you’re taking care of your horse, too. 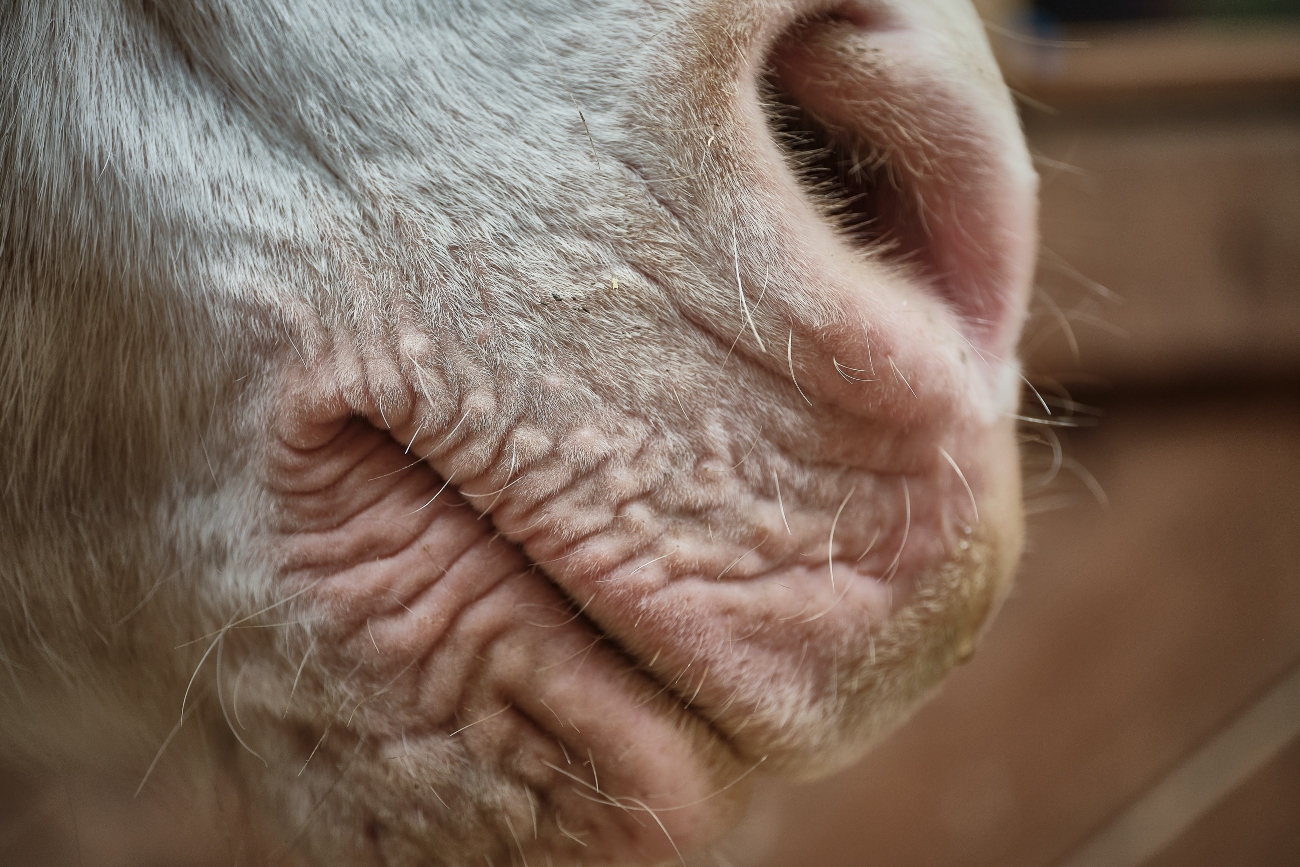 Are nosebleeds in horses anything to worry about?

In many cases, while a nosebleed can look dramatic, they are quite common. Often described by vets as an epistaxis, in the majority of cases they’re nothing to worry about. Even a small nosebleed will look alarming, particularly when suffered by a light-coloured horse. Indeed, when a horse has a nosebleed the sensation can make them blow out through their nose, spraying blood all over their surrounding area!

That said, nosebleeds can be a serious cause for concern and should never be ignored. Whatever the cause of the nosebleed, as a caring horse lover you’ll want to investigate properly. If untreated there are some conditions that can lead to extensive loss of blood and even death!

Here are some important questions to consider when assessing your horse’s nosebleed:

If you are at all concerned about the nosebleed, then it is time to contact a vet. Just like having the right horsebox insurance, if you’ve got appropriate cover, you can get problems sorted early before they get worse.

Common causes of nosebleeds in horses

It’s rare for a horse or any creature to have a nosebleed without there being a reason. If a nosebleed has occurred, then one of the following causes is the likely culprit.

Yes, even something as insignificant as an itchy nose can lead to a nosebleed. Without hands the only way for a horse to scratch an irritating itch is by rubbing its head against something. Whether a tree, fence post or anything else in their environment, this action can soon lead to small tears in the lining of the nose. Your horse’s nasal passages are well supplied with blood vessels, and if one is damaged then it can produce a nosebleed.

Fortunately, these are usually short-term and have no lasting effects. However, if your horse keeps doing this then it might be worth looking into the reason for scratching. Itchy skin caused by gnats, flies, and other biting insects or from allergic reactions can be awful for horses. Is it time to invest in a fly mask?

A blow to the head

Perhaps the commonest cause of a nosebleed is a simple blow to the head. This can easily happen when horses are getting excited and playing together. Or if they’re a keen competitor, then it could happen because of a fall during a race or other event. Sports like polo or racing are a lot of fun but can present a risk to you and your horse.

If your horse has suffered a head trauma then a worryingly large amount of blood may pour from one nostril. These usually stop after a few minutes as the normal blood clotting process stops the flow. But even so, you should still speak to your vet as your horse might need a check-up. If your horse seems at all confused, seems unsteady on their feet, or has unequal pupil sizes, then there could be more serious damage requiring emergency treatment. 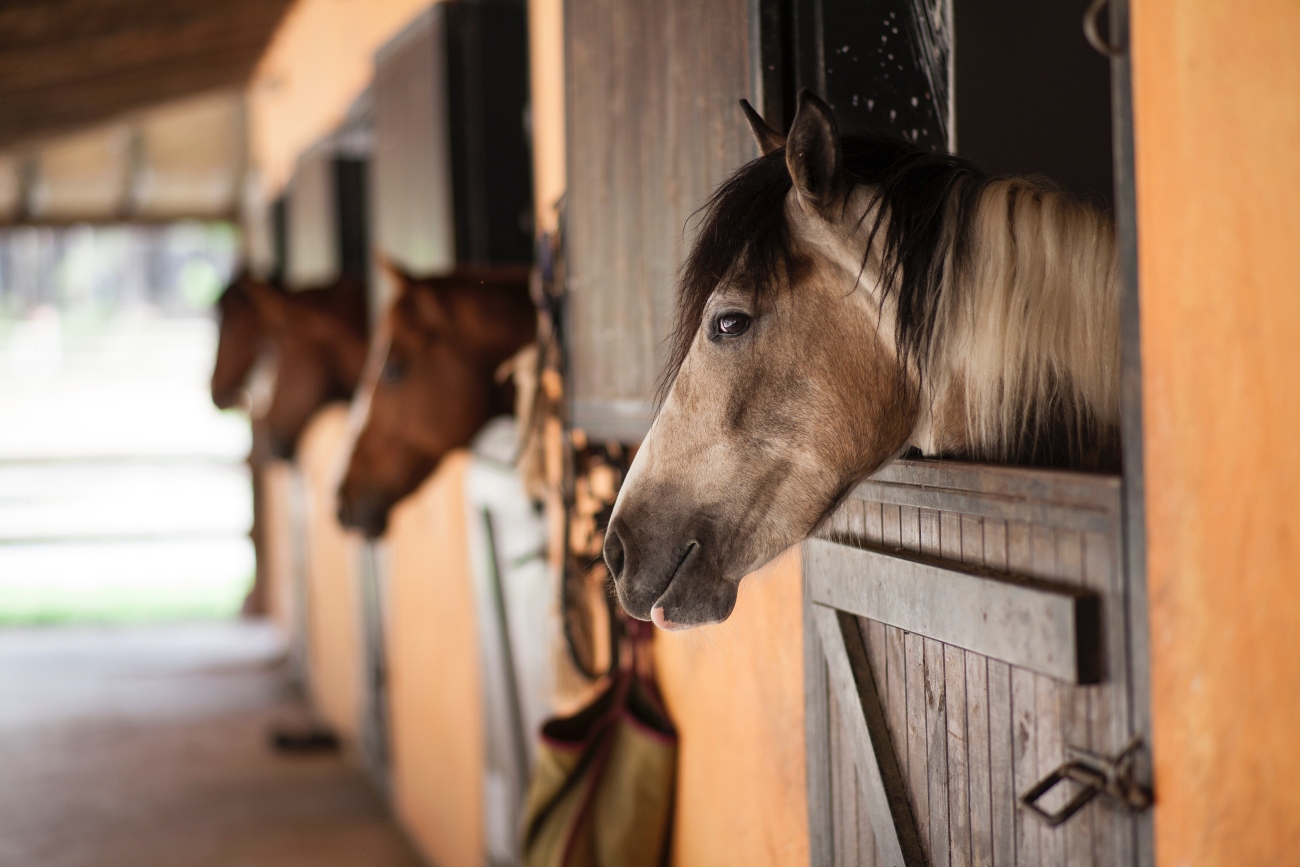 An object trapped inside the nose

If the nosebleed is accompanied by coughing, then it could be due to the presence of a foreign object such as a twig or piece of straw. Horses breathe through their noses and take in a huge amount of air. When grazing it’s all too easy for something to be sucked up into the nose, become wedged in their respiratory system and cause damage.

Also commonly called progressive ethmoid haematoma, this can be a more serious condition requiring medical attention. These polyps are soft tissue lumps that can be found growing inside a horse’s nose. They’re like a giant blood blister and when punctured can cause significant blood loss. It is a comparatively rare condition that only occurs in around one horse in 2,500.

While respiratory tumours can range from benign to much more serious, they can cause blood to appear in the nose. Only a vet can determine the seriousness of a tumorous growth. That’s why it’s always better to seek help sooner rather than later.

This is a particularly unpleasant fungal infection of the guttural pouch of the horse and is one of the most serious causes of repeated heavy nosebleeds. The condition is often marked by constant and sometimes heavy bleeding from both nostrils. Surgery may be required to control the bleeding caused by this potentially life-threatening condition. It should never be underestimated!

An infection of the sinus can cause significant inflammation of the nasal passages and a nosebleed. Particularly where a large blood vessel has been affected, bleeding can occur. In such cases there is usually some pus or other fluid produced along with the blood. Be aware, this can be a sign of a serious infection which requires a course of antibiotics.

As we mentioned previously, bleeding from both nostrils after strenuous exercise is most often caused because of an exercise-induced pulmonary haemorrhage. This happens when bleeding occurs from the blood vessels within the lung after your horse has exerted itself.

Because the blood is, in fact, coming up from the lungs into the nose, it isn’t technically a true nosebleed at all. But when you see blood, you’re not going to worry about the technicalities! The blood from this type of nosebleed will often be a deep red colour and very heavy.

Because of the delicate nature of nasal tissues, it’s all too easy for them to be damaged accidentally during a medical procedure. For example, nasogastric intubation (also known as stomach tubing) involves a vet passing a tube up the horse’s nose, down the oesophagus, and into the stomach. Because the tube passes so close to delicate blood vessels it’s not uncommon for a nosebleed to occur. Unfortunately, this is sometimes inevitable, particularly if the horse struggles at the wrong moment. Bleeding as a result of this will always stop, even if it does look dramatic.

Treatment of a minor equine nosebleed

If your beloved equine has a nosebleed then do the following:

Be aware that the average 500kg horse has over 50 litres of blood in its body. So while it might look like a lot is coming out of your horse’s nose, in fact the amount may not be critical. Indeed, if your horse has suffered a one-off minor nosebleed, then the chances are that they will make a full and speedy recovery and suffer no ill effects as a result.

However, if your horse suffers repeat nosebleeds then a vet should always investigate further. The vet will perform a series of diagnostic tests to identify the specific cause, and recommend the appropriate treatment. 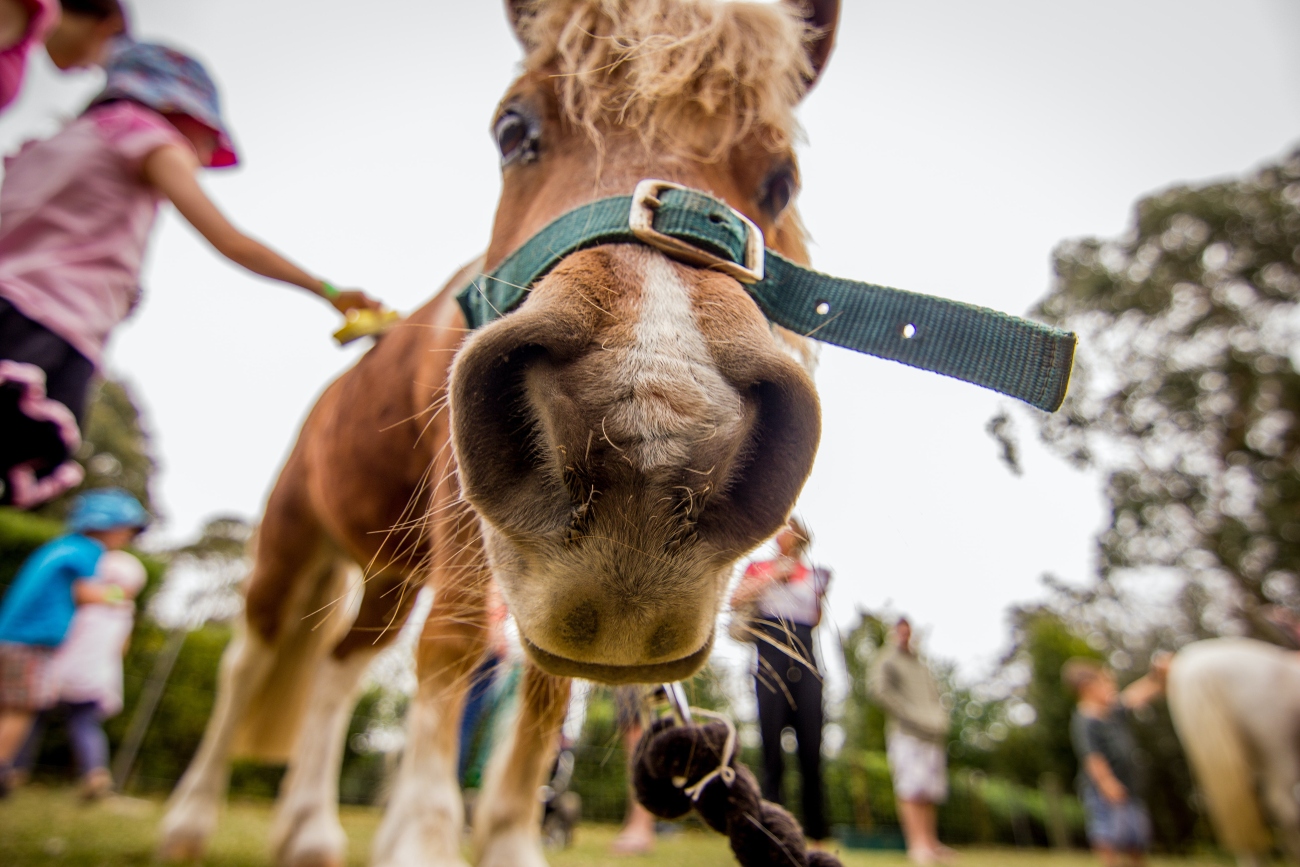 Protect yourself with horsebox insurance

Having the right insurance to take care of your horse is an important part of life in the equestrian world. So, as well as cover for your horse itself, you’ll also want specialist horsebox insurance to protect your transport in case of unexpected events. Policies can even cover you in the event of a breakdown, too.

With over 60 years of experience in the equine insurance market, our team can find cover for a huge variety of makes and models of horsebox. Whether an Equi-Trek or Ifor Williams, we’ve got just the right policy for you.

Other benefits can also include:

For horsebox insurance that suits your needs and budget, call Equesure today.