We had a bit of the white stuff last week and more to come next week apparently. Luckily my horses aren’t too bothered, in fact the prancing princess Autumn actually LOVES the snow! Without fail when all 3 are turned out she is always the first to have a roll in the snow then a canter around. Once she’s rolled the others always follow and they all seem to have great fun which is lovely to watch (and sometimes very funny – like last year when Aria was being grumpy with Bob as and she went to drive him off (he was in another field) she ended up getting belly deep in a snow drift! The look on her face was priceless!

One annoying thing with the weather at the minute is the constant wardrobe changes – not me but the trio! Lucky for them I have a rug fetish as they have so many different ones – so every time it goes hot or cold the rugs are switched – not too much of an issue until I have to get them back on the racks that are 8-9feet in the air (Bob has 7-7ft 3 rugs!), I suppose it’s a good stretching work out though! My dogs love the snow too. One of them, who is normally scared of his own shadow was whining one morning before work to go out in the garden – I wondered why and it was because it had started to snow with big flakes and he wanted to catch all of them – very cute to watch him leaping about snapping them up but he thought he could catch them all! Picture of said mutt included.

I over did it slightly at Pilates last week, normally I’m okay and don’t feel sore but we did extra thigh work and combined with my dressage stirrups I think pushed my legs that bit too far! I would definitely recommend it though as it’s made my core so much stronger and helped me in my riding position (and grip!).

So one day instead of riding, Bob got the lunge treatment with poles and side reins to give my legs a reprieve. It’s quite good for him though as sometimes I don’t manage lunge him for a few weeks, but I do find it a beneficial work out and try to remember to do it for him! He was foot perfect and did beautiful transitions and work over the poles in a lovely rounded shape and responded brilliantly to voice commands (where has the crazy horse gone?). Not to worry the crazy horse was back a couple of days later just in time for the rider to be able to walk upright comfortably again! I had put the poles out in a fan shape this time as he’s been leaning in on the right rein a lot so need him to pick up a bit more on the corners. Well we did it a few times in trot nicely, then came the huge speeding extended trot, followed by double pole jumps!! Not what I had planned. As usual he had got a bit flustered by the new exercise as well as a pesky pigeon apparently having it in for him sitting on the fence by the stables – how dare it sit and watch him schooling! A few laps of the arena and working away from the poles got him settled to try again, and although a bit quick we did it and he started to understand what to do. I had raised two of the poles at an angle but the sod had none of it and kicked them down, unfortunately training on your own – I can only get on and off so many times, so had to leave them on the floor. Definitely something we need to work on but I felt it a useful exercise and he did lean in a bit less, we managed canter over the poles and he did eventually develop a rhythm which was positive. 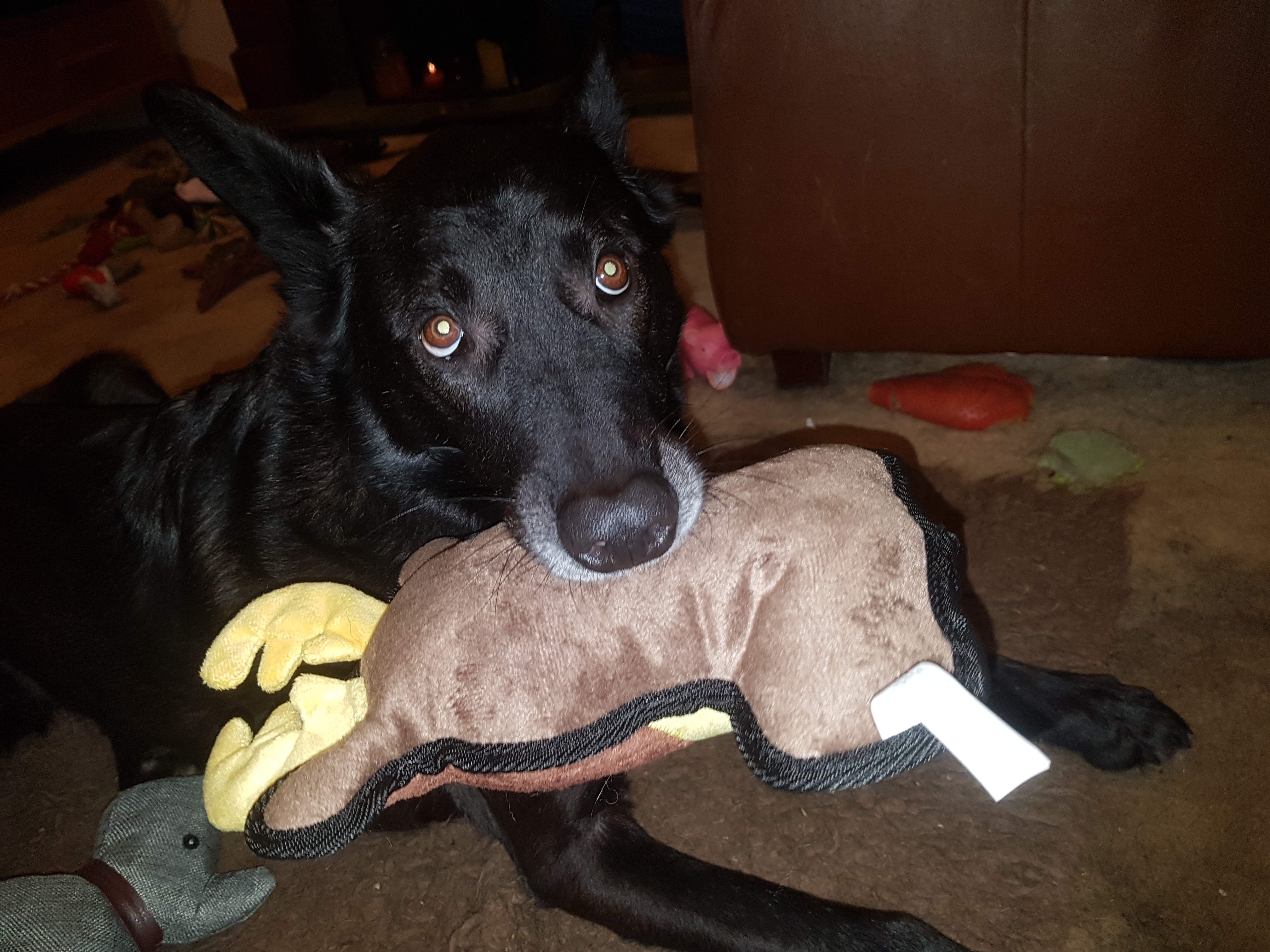 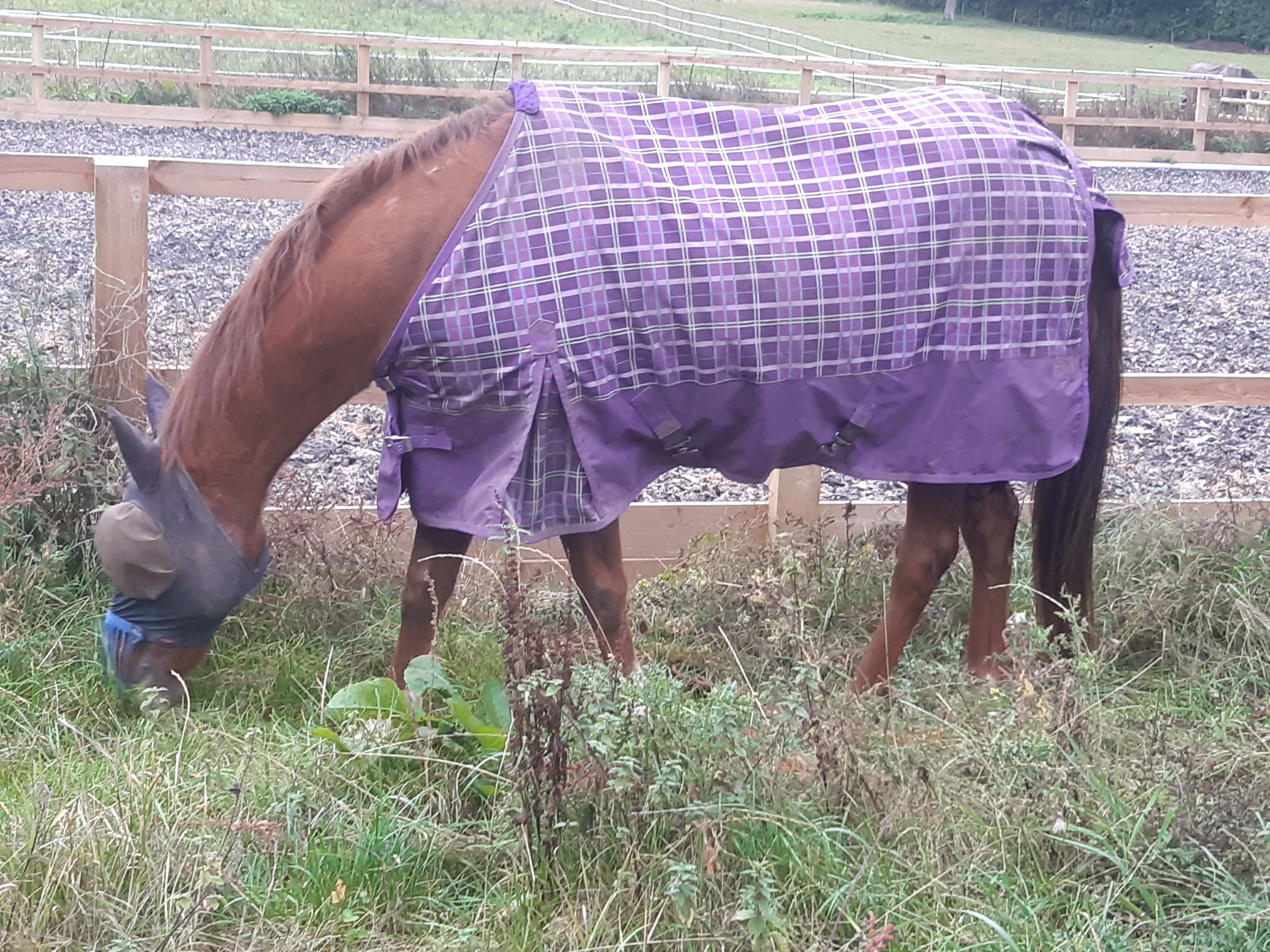 It’s safe to say the horses’ are feeling their teeth are back to normal as all are eating happily (phew as I always worry and did spend a good few days and nights going greyer), so good in fact Aria decided to try her knashers out on me!

Why the public shouldn’t feed horses

Across the UK, there is a growing problem of people feeding food to horses that’s making them unwell. If your horse has fallen sick because of this, horse insurance can help you cover the cost of treatment.

How to avoid horse and horsebox scams

Read our Equesure guide to some of the most common scams both buyers and sellers need to watch out for. And how to protect yourself from becoming yet another victim of these criminals.

A beginner’s guide to polo

There are few better ways to get your equine fix during the summer months than heading to a polo match. Watching a few chukkas while sipping a glass of Pimm’s or chilled Champagne, you’ll soon feel like you are part of your very own Jilly Cooper novel!